NEW YORK -- Chinese consumers may soon be able to get a taste of plant-based pork products from Impossible Foods, Beyond Meat and others poised to enter a meat market traumatized by African swine fever.

American mock-meat producer Impossible Foods is working on pork-related products and talking to potential partners for a speedy entry into China, while Hong Kong-based alternative-protein retailer Green Common, a distributor for Nasdaq-listed and U.S.-based Beyond Meat, will launch a store on Alibaba Group Holding's Tmall online shopping site later this month.

Entering the Chinese market will allow the meat-substitute brands to capitalize on a void of pork products created by the deadly swine fever that broke out last year, which has led China to cull over 1 million of its pigs. According to a report released Wednesday by the U.S. National Pork Board, pork production in China will dive further next year and will not rebound to 2019 levels until 2025.

"We want to enter China as soon as we possibly can," CEO Pat Brown told Bloomberg TV on Wednesday at the China International Import Expo, where the company's booth will serve some 50,000 of its signature burgers.

China "consumes 28% of the world's meat supplies, by far the biggest consumer of meat in the world," Brown said. "It has always been, I would say, the most important country for our mission." 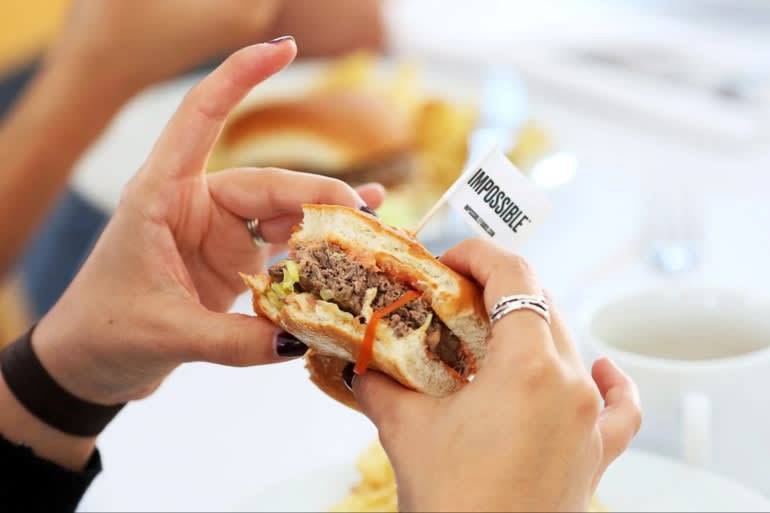 Alongside products from partners like Canadian brand Gardein, Green Common's online store in China will also market Omnipork, a minced pork substitute made of soy and rice and developed by Green Common subsidiary Right Treat.

"Our collaboration with Tmall Global is a milestone development in the China market, enabling local consumers to get a taste of the future," David Yeung, co-founder and CEO of Green Common, said in a statement.

Green Common also revealed that over the next couple of months more than 180 hotels and restaurants in Beijing and Shanghai, including Grand Hyatt Beijing, Langham Shanghai and famed dim sum chain Tsui Wah Restaurant, will serve dishes featuring Omnipork.

Despite its potentially huge appetite for mock-pork products, the Chinese market is a difficult one and requires a high degree of cultural agility from those hoping to crack it, Yeung said in an interview with the Nikkei Asian Review earlier this year.