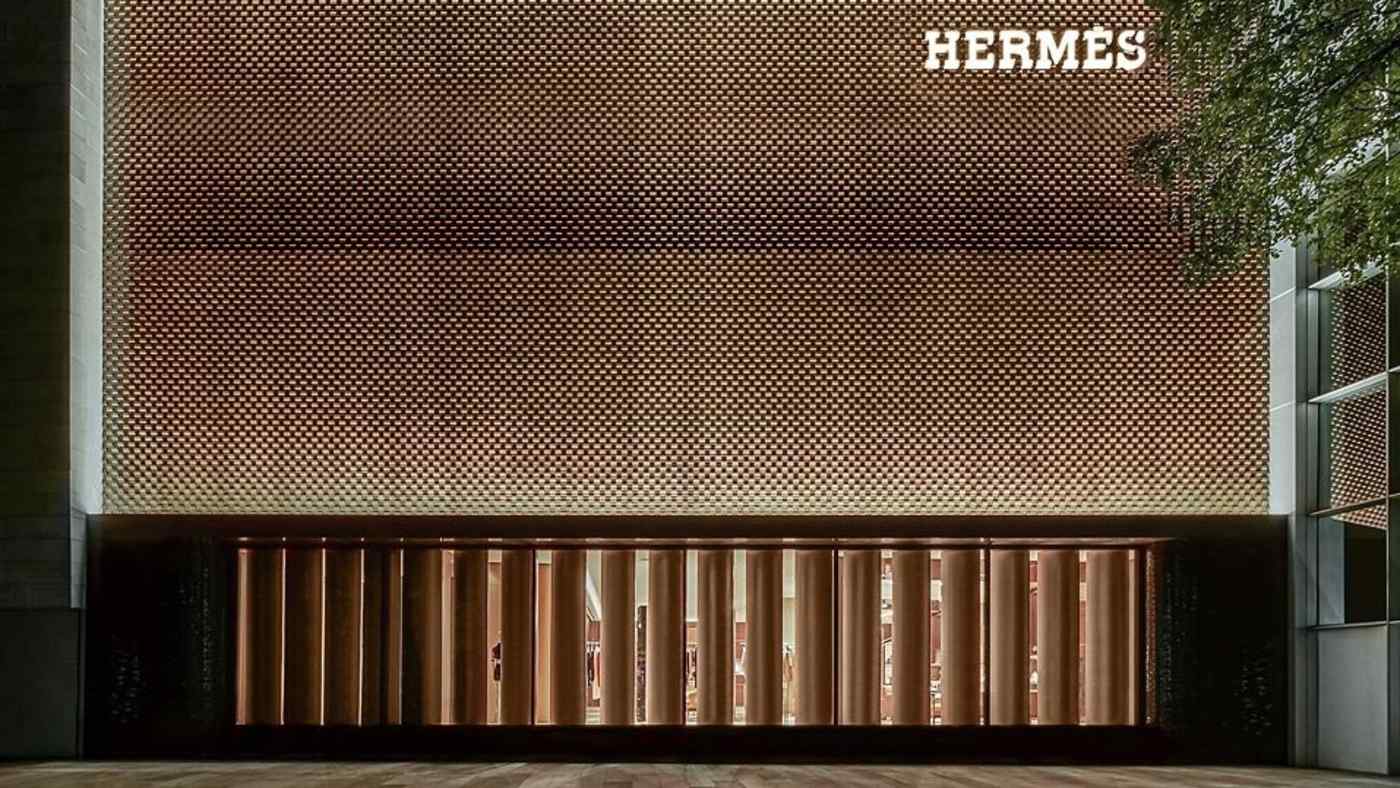 GENEVA/NEW YORK -- When Hermes reopened a Guangzhou store in a larger format at the Taikoo Hui shopping mall on April 11, it is thought to have hauled in at least $2.7 million that day, likely the biggest tally for a single boutique in China, according to Women's Wear Daily.

The combination of a posh interior -- a beige- and coffee-colored mosaic floor inspired by the flagship store in Paris -- and the exclusive objects, such as bespoke versions of the Birkin bag interpreting the Brandebourgs scarf design, attracted an army of luxury-hungry affluent shoppers from across southern China and beyond.

A user of Chinese lifestyle platform Xiaohongshu, who goes by Allison, made an appointment with her go-to store assistant and traveled from Foshan, a city southwest of Guangzhou, to catch a glimpse of the new store.

But a Constance bag and Herbag she coveted were already gone: The store assistant told her that the latter had been sold before 10 a.m. on the day of the reopening.

Allison ended up taking home three scarves and a Kelly wallet. Such purchases were aimed partly at building rapport with her store assistant, whom she hoped would keep her in the loop when a Birkin -- the most iconic and exclusive of all Hermes bags -- became available.

Hermes' success in Guangzhou has elevated the spirits of rival brands with similar high hopes for Chinese consumers to rescue them from the COVID-19 storm.

After a quarter they would rather forget, the world's leading luxury goods groups are cautiously optimistic about a recovery in the all-important Chinese market. They have hopes for "revenge spending," or frenzied shopping by consumers who had been holed up at home.

The bustle "shows the appetite of ... Chinese people after two months of lockdown to come back to stores and come back to their previous pattern of consumption," Chief Financial Officer Jean Jacques Guiony said on an earnings call earlier this month.

How quickly Chinese consumers regain their taste for conspicuous consumption matters for LVHM and peers like Gucci owner Kering. China generated about 90% of growth in the global luxury market last year, according to consulting firm Bain & Co.

Both LVMH and Kering suffered double-digit revenue declines in the January-March quarter compared with a year earlier. Gucci, which contributes about 60% of Kering's revenue and has a big following in China, saw a 22% drop -- the worst in the group.

Hermes, known for its strength in economic downturns and stringent inventory management, saw revenue fall only 6%.

LVMH began reopening most of its directly run stores in China last month, and Guiony said sales are recovering.

The coronavirus pandemic shows a change from the 2002-03 outbreak of SARS, or severe acute respiratory syndrome, Bain says: Luxury brands were less dependent on China back then.

But unlike after the 2008-09 global financial crisis, which affected Chinese shoppers less than the pandemic has, "they are unlikely to ride to the rescue in quite the same way -- and there is no other emerging cohort of luxury customers to tap," the consultancy wrote in a March report.

The new coronavirus hit Chinese luxury spending not only on the mainland, but also in Hong Kong and Europe, popular destinations for Chinese travelers. Prada and high-end watch brands Omega and Longines closed stores in Hong Kong earlier this year. The pandemic accelerated such movements out of the Asian financial hub, which was rocked by anti-government protests in 2019.

The progression of the virus from outbreak to epidemic to pandemic can be seen in Kering's results. The group got off to a solid start in January, but by the next month it was closing stores in China after the country locked down entire cities. In March, the sales slump spread to Europe. Kering's January-March revenue fell 15% to 3.2 billion euros ($3.47 billion).

LVMH's revenue sank 15% to 10.5 billion euros. Its selective-retailing segment, which includes duty-free sales, was hit hardest with a 25% drop reflecting the loss of tourist spending.

Kering will cut its 2019 dividend by 30% and reduce compensation for top executives in response to the downturn. To defend its margins, the group will seek to renegotiate store lease payments and rethink its spending on advertising.

For the remainder of 2020, the question is how deep luxury spending will fall before finding a bottom.

In one of three scenarios for the global market, Bain forecasts a 15% to 18% decline, which assumes "a mounting recovery in demand in the second half of the year."