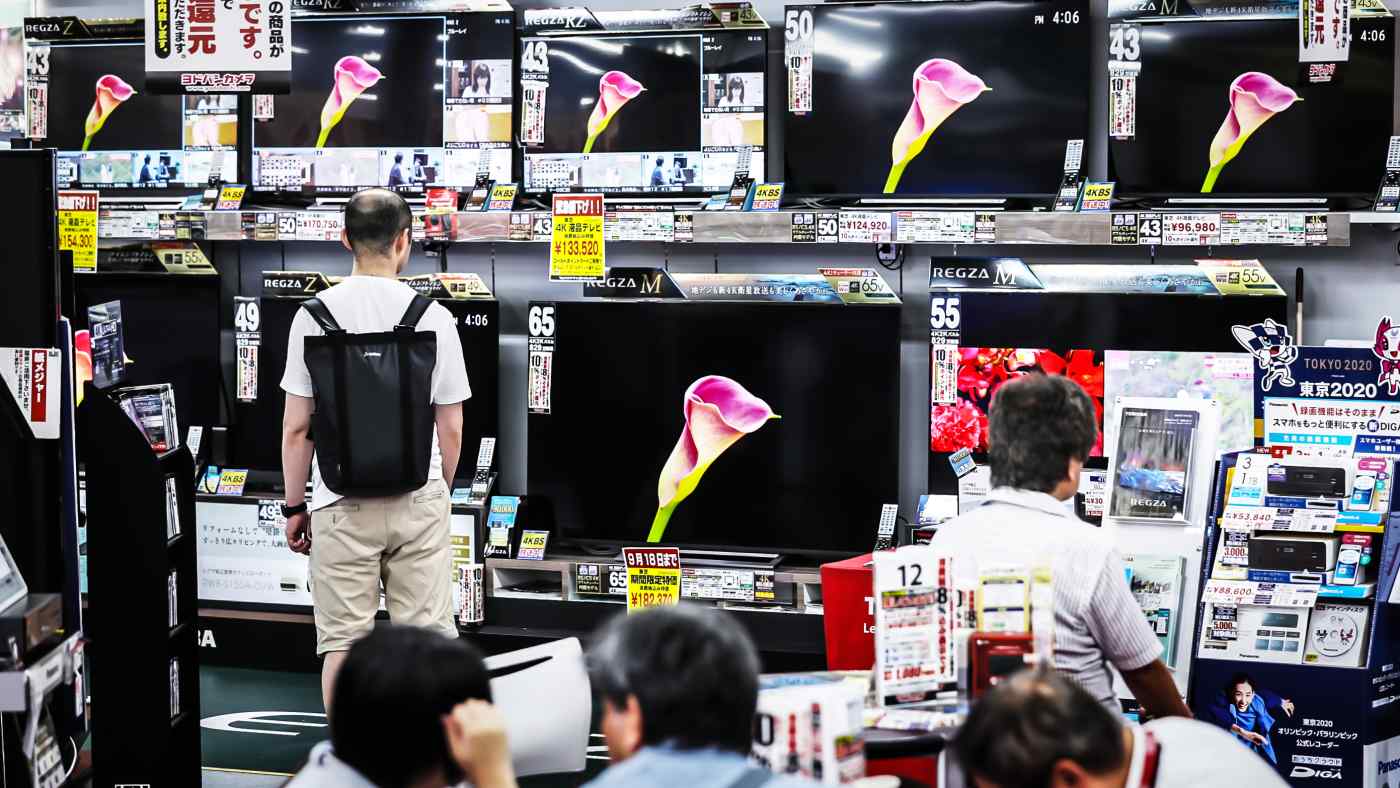 TOKYO -- Japanese consumers are cramming in last-minute shopping sprees this weekend to save 2% on big-ticket purchases ahead of a consumption tax hike set for Tuesday in Asia's second-largest economy.

In the Yodobashi Camera electronics store in the bustling town of Akihabara in Tokyo, banners and point of sales advertisements hammer home to shoppers that now is the best time to make big purchases.

"Special prices displayed include the [current] 8% consumption tax," a banner reads at Yodobashi's entrance. Inside the store, brands from Apple to Microsoft Surface advertised special discounts and offers in place until the end of this month. In a promotion stall outside, "you may have bought big appliances ahead of the tax increase," an Audio-Technica seller told visitors, "but haven't you forgotten earphones?"

"I would rather buy before [the tax hike from] October," said Akiko Hashimoto, 30, who was shopping for a personal computer at the store. She also bought an Apple Pencil, a tool used to write on tablets, last week. "I was not sure whether I should buy it," but the looming tax hike helped her make the decision, she said.

The tax rate will increase to 10% from October 1, except for takeout food and newspaper subscriptions. This shift is creating an unusual surge in demand for highly priced items, even causing delay in delivery of some products. At Yodobashi Camera outlets, sales of next-generation OELD televisions, priced at about 260,000 yen to 500,000 yen ($2,400 to $4,700), increased three fold year-on-year in September until the 22nd. Sales of air conditioners doubled during the same period.

Many frugal Japanese perceive that the mere 2% increase makes a significant difference to their spending. "For me, it feels as if a 1000-yen lunch, for instance, becomes 1500 yen," said a Tokyo resident in her 60s, who was in another electronics store to buy a new tablet and a smartphone. She said that the perceived change is greater than the actual difference as the tax "changes from single digit to double digit."

"I will spend less, at least right after the tax hike," said another shopper in Tokyo, who had just bought a pair of 23,000-yen trousers from the Takashimaya Nihonbashi department store.

Meanwhile, some are relatively indifferent about the change.

"I thought I should buy many things back in September," said Ayano Kiriyama, who was looking for a new wallet in Takashimaya. "But actually, I started to think the change from 8% to 10% does not bother me so much," she said, adding that she would only buy a wallet if she finds the one she likes.

Kiriyama, who works for an apparel retailer, said there was no notable changes to sales at her store because of the tax hike. She said that could be because the products are not highly priced at mostly under 10,000 yen.

According to Toshihiro Nagahama, executive chief economist at the Tokyo-based Dai-ichi Life Research Institute, the burden on consumers is less compared with the previous 3% tax increase in 2014. The economic growth rate would be down by 0.3% points in the year after the tax hike, compared with the decline by 1.5% points in 2015, he predicted in his report.

The government is subsidizing small and medium retailers to offer points rewards program of up to 5% for cashless payments until June next year, to reduce the impact of the tax increase and reduce the use of cash at the same time. About 500,000 shops are offering this incentive from Tuesday.

Companies are also planning measures to counter decline in demand. Sharp joined the government subsidy program to offer cash back for its customers who purchase home appliances from Tuesday. Air conditioner maker Daikin Industries is planning to air more television commercials and consumer goods companies such as Unicharm are planning to release new products next month.