Kao collaborates with web influencers to sell cosmetics in China 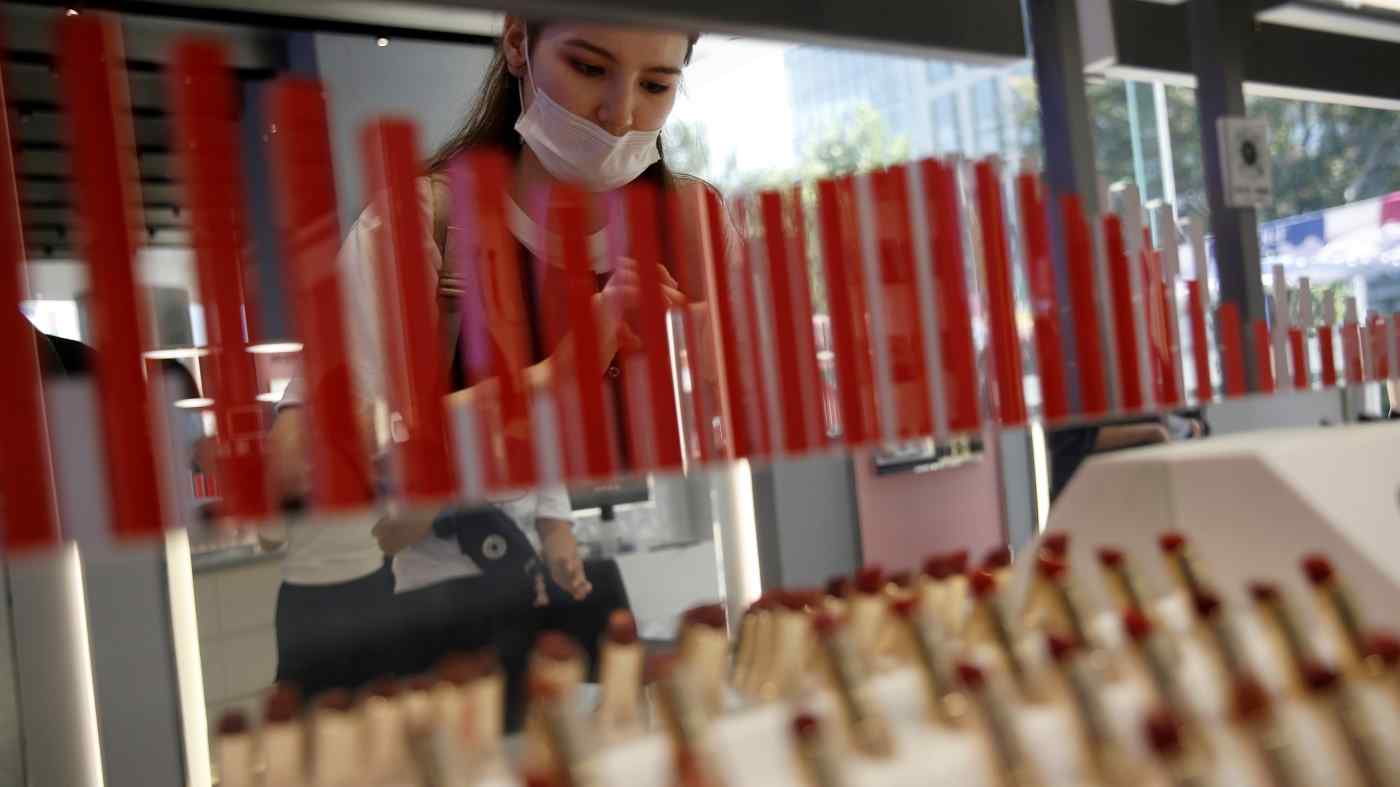 TOKYO -- Kao has started to formally do business with Chinese social media influencers who purchase the Japanese company's cosmetics in bulk for resale on online marketplaces at home.

In China, where word-of-mouth is king, people-to-people transactions have taken off with the spread of social media. The e-commerce market for cosmetics stands at roughly 4.8 trillion yen ($43.8 billion), according to Kao.

A third of that volume is said to be made up of influencers and private merchants who buy the products in large quantities -- a contingent that has become too large for major manufacturers to ignore.

Kao is signing contracts with private Chinese resellers through a partnership with Tokyo-based TrendExpress, which provides support for cross-border e-commerce operations targeting China. Although it is common for cosmetic makers to hire influencers to advertise their products, it is rare for such companies to organize private resellers.

In late March, Kao held its first product information session for roughly 30 resellers that signed contracts through TrendExpress. The cosmetics maker's employees demonstrated how to use the Biomimesis Veil skin moisturizing kit during the online event.

The product, which includes a device that mists a thin layer of moisturizer on the skin, costs about 50,000 yen. Although Biomimesis Veil is sold in China, it does not enjoy wide name recognition there. Kao representatives will hold online product information sessions for the influencers, with the company to consider expanding the roster of items offered. (Photo by Yohei Kawai)

The resellers come into play by marketing the items to Chinese consumers either through the WeChat app or the Taobao online shopping portal. Kao has chosen resellers that have built up followers in the tens of thousands and demonstrated a strong track record in selling cosmetics.

Kao will hold product information sessions once a month for contractees and will consider expanding the roster of resellers and items to market while monitoring sales numbers.

Under the arrangement, Kao first sells a set volume of product to TrendExpress, which will manage the inventory. The products will be posted on the resellers' online stores hosted by Taobao and other e-commerce sites. Once an order is placed, TrendExpress will ship the product to the Chinese customer. Both TrendExpress and the resellers will receive a cut of the profit.

Collaborations with influencers are normally considered a marketing expense. Because Kao is initially selling to TrendExpress, such transaction will be booked as revenue. The level of profit is expected to be roughly on par with what is earned through department stores.

In 2019, China put into force new rules that require e-commerce operators, private or otherwise, to register with the state and pay taxes, causing a large number to quit the resale business. At the same time, resellers that have attained certain sales volumes are said to have furthered their influence.

Kao, which had traditionally focused on face-to-face sales in department stores, did not invest much resources in digital sales. With the opportunities for in-person sales limited by the coronavirus outbreak, the company determined that private influencers will be an indispensable tool for quickly developing China's e-commerce market.

This scheme will also serve to offset the loss of inbound demand due to the global pandemic. In 2019, arriving tourists spent over 4.81 trillion yen in Japan, according to Japan Tourism Agency estimates. Shopping accounted for 35% of the total, and roughly one in two consumers bought cosmetics. 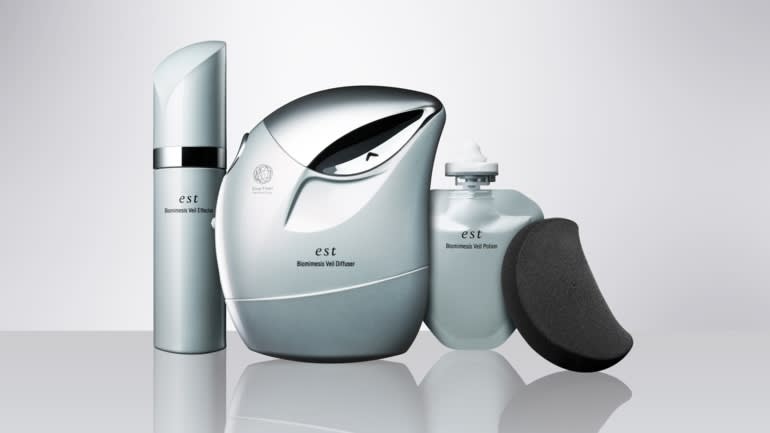 Biomimesis Veil is sold in China, although it has yet to gain wide name recognition there. (Photo courtesy of Kao)

Last year, when spending by tourists plunged 85% to 744.6 billion yen. Kao suffered a stinging blow to its cosmetics business, with sales sinking 22% to 234 billion yen. Domestic sales, which make up 70% of the segment's revenue, dropped 29% to 164.2 billion yen due to the absence of foreign tourists.

While cosmetics generated 20% of consolidated sales and operating profit in 2019, the segment last year eked out only 2.5 billion yen in profit, or less than 2% of group profit.

Demand from tourists, especially those from China, is not expected to recover in the short term due to the persistent global pandemic. But private merchants provide a sales channel that does not rely on tourists.

Private Chinese resellers had been a source of concern for Japanese cosmetic manufacturers. Although the merchants purchase products in large quantities, resales carry the risk of damaging the brand, since manufacturers cannot control pricing.

In Kao's setup, the private resellers are free to set their own prices, but the inventory management by TrendExpress will prevent steep discounting.

The influencers will disseminate Kao's products "while maintaining their high-end image," said a representative of its overseas business promotion department for cosmetics.

Japanese businesses are behind both their U.S. and Chinese counterparts when it comes to employing influencers for marketing purposes. With the COVID-19 epidemic disrupting mainstay sales approaches, strategic partnerships could potentially take root outside of the cosmetics industry.