E-cigarette maker looks to gain from global crackdown on vaping 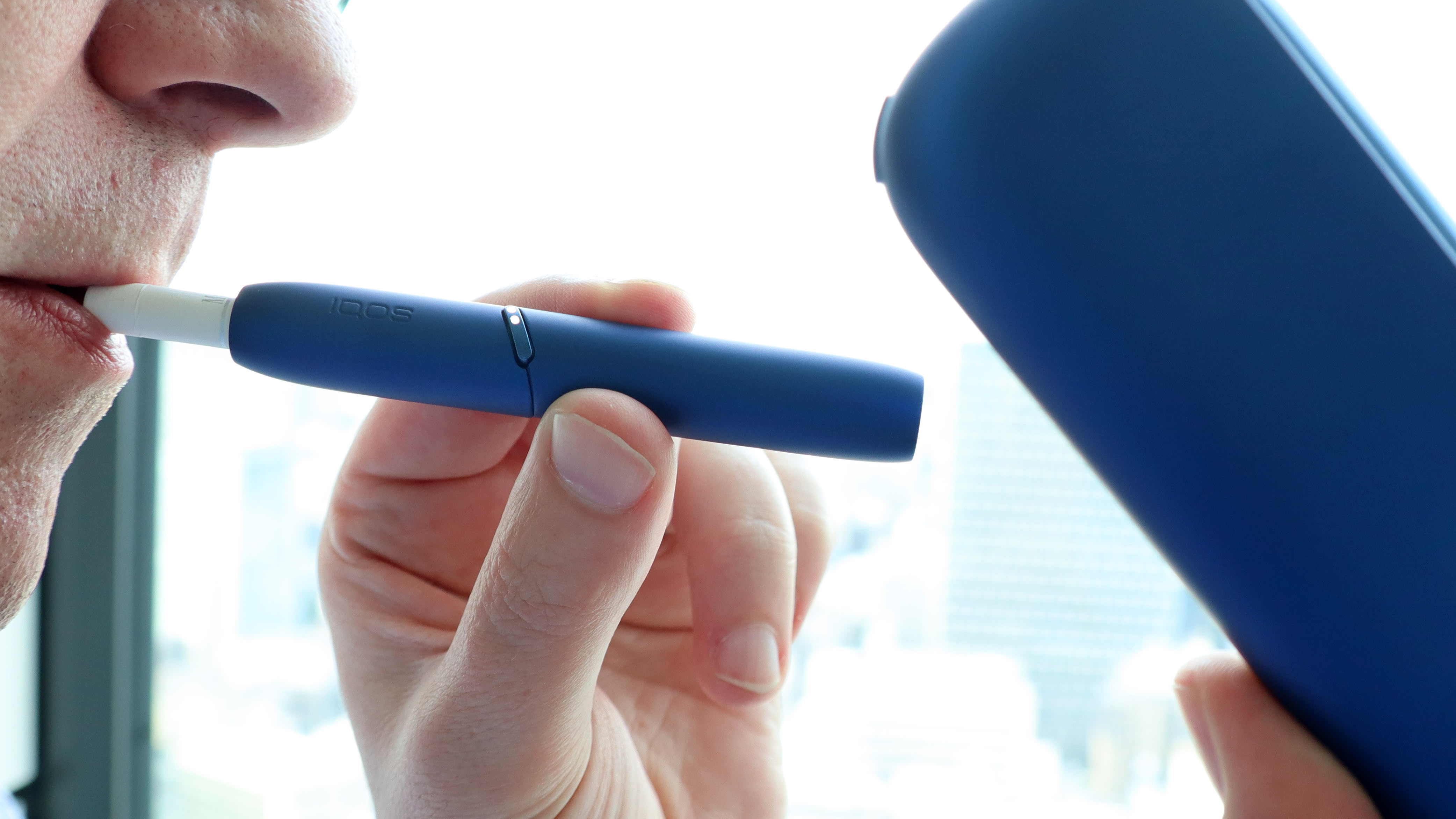 TOKYO/SINGAPORE -- As Philip Morris International called off its proposed $200 billion merger with Altria on Sept. 25, the company continued to press its advantage in Asia with the rollout of its flagship electronic cigarette.

Unveiling the latest version of its Iqos device in Japan, with launches planned in other Asian markets later this year, Philip Morris appears to have the jump on vaping rival Juul, in which the U.S-based tobacco giant Altria took a 35% stake worth nearly $13 billion last year.

"You've got one in five [tobacco] consumers in Tokyo that use our product," said Paul Riley, Philip Morris International's president for East Asia and Australia, in an interview with the Nikkei Asian Review. "If we add competitors, it's a quarter of the smoking population that has switched to these products."

According to company data, there are more than 11 million users of Iqos globally. In the second quarter of this year, the product accounted for around 14% of net revenues, with 50% of Japanese revenues now coming from the sale of cigarette alternatives.

Amid escalating global fears over the health risks posed by vaping, which involves inhaling vaporized nicotine sold in a variety of flavors, Riley pointed to the U.S. Food and Drug Administration's authorization of Iqos for sale, saying it was "appropriate for the protection of public health" as it produced "fewer or lower levels of some toxins than combustible cigarettes."

Philip Morris International has invested more than $6 billion in the Iqos device, which heats specially treated tobacco up to 350 C without burning it, preventing the release of many of the harmful compounds produced by combustible cigarettes.

Faced with a number of regulatory barriers across the region -- India recently joined Singapore, Thailand, Australia and Hong Kong in banning e-cigarettes -- Riley said the company, makers of Marlboro cigarettes outside the U.S., would continue to talk to stakeholders.

"I personally believe that the evidence will continue to grow, and that governments will take a wider perspective into the benefits of [e-cigarettes]," he said.

Riley said PMI estimated that around eight million people had dumped conventional cigarettes for the company's heated tobacco alternative in the 48 markets where it is available.

Stacey Kennedy, company president for South and Southeast Asia, said PMI hoped to replicate that success in other key Asian markets, including Indonesia, the Philippines and Vietnam. Iqos products are currently available in Malaysia.

"We're crystal clear that our target audience is today's adult smokers who would otherwise continue smoking," Kennedy said in an interview. "This is not for other unintended audiences, like never smokers, former smokers and women who don't smoke."

According to Maybank analysts Janni Asman and Isnaputra Iskandar, comparatively low income levels in Indonesia could pose a challenge for Philip Morris International in Southeast Asia's most populous country.

"Major barriers for e-cigarette penetration are likely to be initial device-investment costs and maintenance needs, such as charging and cleaning," Asman and Iskander said in a recent report.

The report also noted that overcoming Indonesians' preference for clove cigarettes -- a mix of shredded cloves and tobacco -- could also prove difficult, estimating that cigarette alternatives would likely be limited to a market share of no more than 5% for now.

"We believe that in the near term, this will shield a big chunk of the tobacco industry from the shift to electronic options," said Asman and Iskandar in the report.