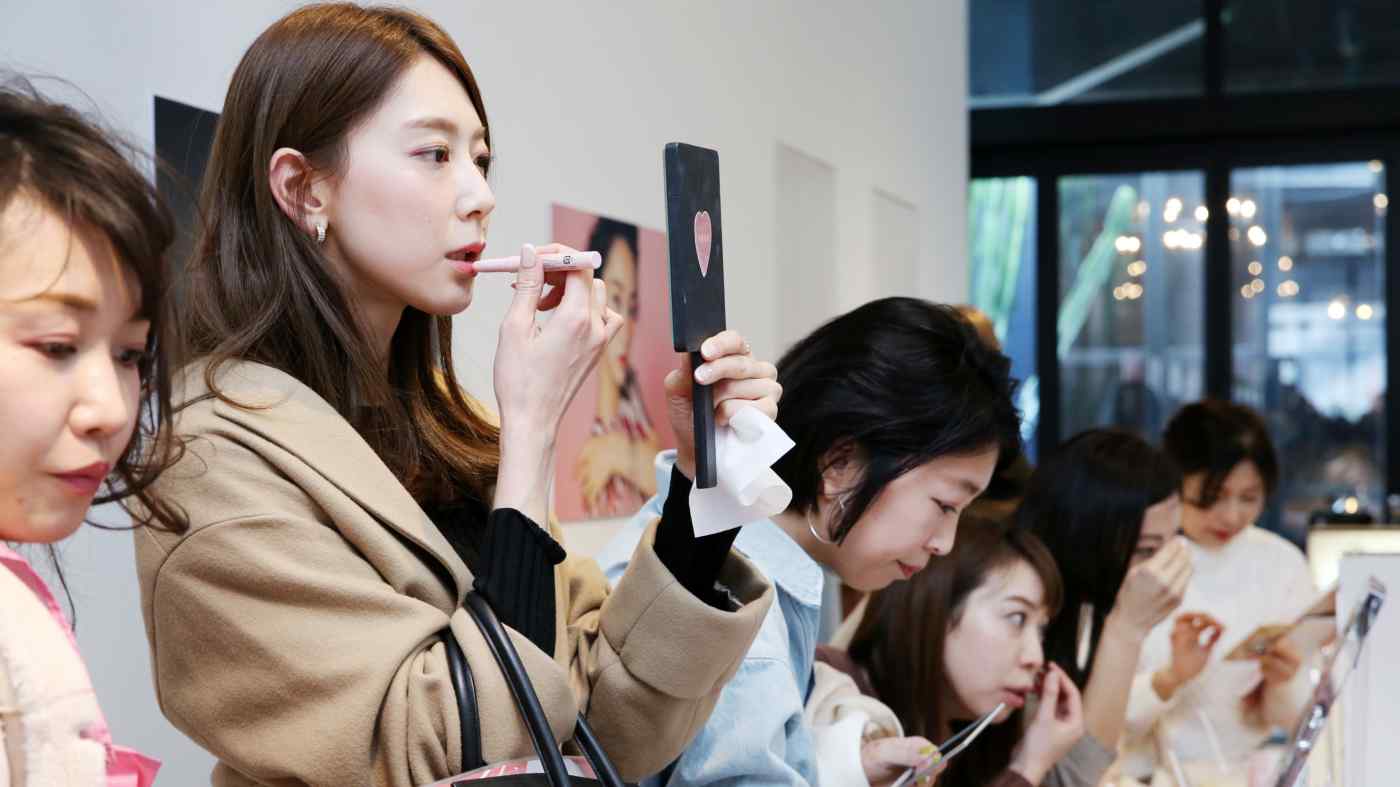 TOKYO -- On a recent weekend here, a downtown drugstore was jammed with foreign and local customers shopping for mascara, lotion and other beauty products. Among the labels were not only such big brands as Shiseido and Kose, but also small, obscure names.

These upstarts have flourished thanks to a wave of demand among consumers who, not content with mass-market cosmetics, seek products made for their individual needs. Many of these companies outsource production, creating a niche for contract makeup manufacturers -- a market that has grown 40% over the past four years.

Leading the pack is Nippon Shikizai, the only such producer to be listed on the Tokyo Stock Exchange. Established in 1930 as a maker of pigments for cosmetics, it mixes and packages products for a wide range of customers around the world, with roughly 30,000 ingredients at its disposal. Its research and development facilities now feature hundreds of pigments.

The company forecasts consolidated revenue rising 6% to 12.2 billion yen ($112 million) for the year ending in February. It focuses mainly on big cosmetics companies inside and outside Japan, such as Estee Lauder. The company's production lines are made for flexibility to accommodate low-volume production -- a tougher task than with industrial goods, as equipment needs to be cleaned thoroughly to avoid cross-contamination. It can switch a line to a different product in as little as half an hour. Production schedules are put together each day to fit in a variety of products and customers.

"We're not just a subcontractor," Okumura said. "What we're selling is technology." 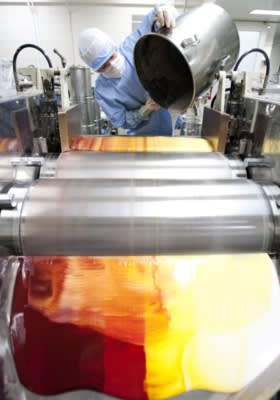 Nippon Shikizai's production lines can switch between products in as little as half an hour.

While the company requires minimum orders of about 3,000 items, businesses have sprung up to handle even smaller jobs.

Oz, a salon in Saitama Prefecture near Tokyo, offers its own brand of shampoo and conditioner to match its natural atmosphere. These are pricey at nearly 1,700 yen for a 200-milliliter bottle, but have found a receptive audience, with 300 sets sold since the brand launched in July 2018.

The salon buys just six bottles each time it restocks. It works with Foundations, a company that bundles orders for private-label salon products and outsources production to a contract manufacturer. Though the content of each product may be the same, the labeling and other aspects are customized to suit each salon's customer base.

Some companies are putting this technical know-how to work in Asia, leveraging the cachet of "made in Japan."

Feminine hygiene products with Japanese text on the packaging sit on the shelves of a high-end supermarket in Shanghai. These are distributed by Tokyo-based Kouryu, whose six employees are mostly Chinese. Kouryu outsources manufacturing of its supplements and beauty products to Japanese facilities and markets them in China as having been made in Japan.

"Consumers demand a lot from these products, since they go into their bodies," saidJin Haiyan, Kouryu's head of sales. "Japanese brands cost a lot but have a strong reputation."

The market is starting to shift as Japanese players face increasingly intense competition from China and South Korea.

"I don't think Japan's superiority will last over the long term," Okumura said. "It will change in 10 years."