Consumers in China and elsewhere use lenses like makeup for eyeballs TOKYO -- She was dressed like any fashionable college student: white cardigan, pale pink shirt, gray trousers. Her hair was light brown. But as she shopped at Hong Kong's apm mall, her eyes stood out from the crowd.

They were a pale shade of purple.

The 21-year-old said that to her, buying color contacts was just like trying new cosmetics. She said that since she's paying for them, she wants them to be truly distinctive, and she chooses colors to complement her makeup when she goes out with friends.

Asia's contact lens market was worth $5.4 billion in 2018, and it is growing at an annual rate of about 5%, according to British market research company Euromonitor International. The spreading use of contacts for fashion is considered a major factor behind the expansion.

Lens makers have discovered that many consumers in China, Hong Kong and other parts of Asia share her preference for colorful "unnatural" eyes, and they are tailoring their overseas marketing strategies accordingly. Major players in the Japanese market see an opportunity to cash in on their reputation for quality, as well as the country's long history of using contacts to augment eyes -- though their newfound customers have even more wild taste. 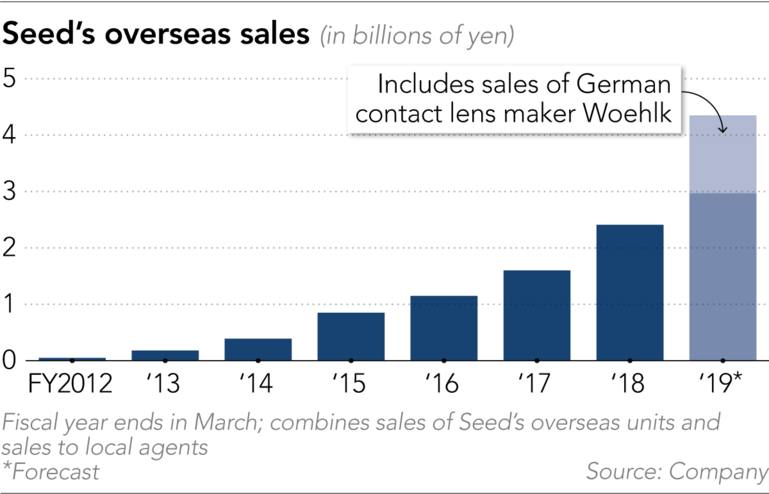 Purple and green contacts are proving popular. In China, where a vivid blue sells well, three out of the six color contacts Seed offers were developed exclusively for the country.

Seed's Chinese lineup includes both daily and monthly disposable lenses. The dailies would add up to 218 yuan ($30) over the course of a month, while the monthlies cost only 98 yuan -- a price aimed at winning young shoppers.

The idea of contact lenses can be traced all the way back to Leonardo da Vinci. But Japan played a major role in turning them into style accessories.

According to Japanese contact lens maker Menicon, "Vampire" -- a 1968-1969 TV drama based on a manga series by artist Osamu Tezuka -- marked the first use of color contacts in Japan. Actor Yutaka Mizutani, who played a werewolf, sported them as a special effect. In the mid-1990s, Japanese actors started wearing natural-colored contacts simply to make their eyes stand out. 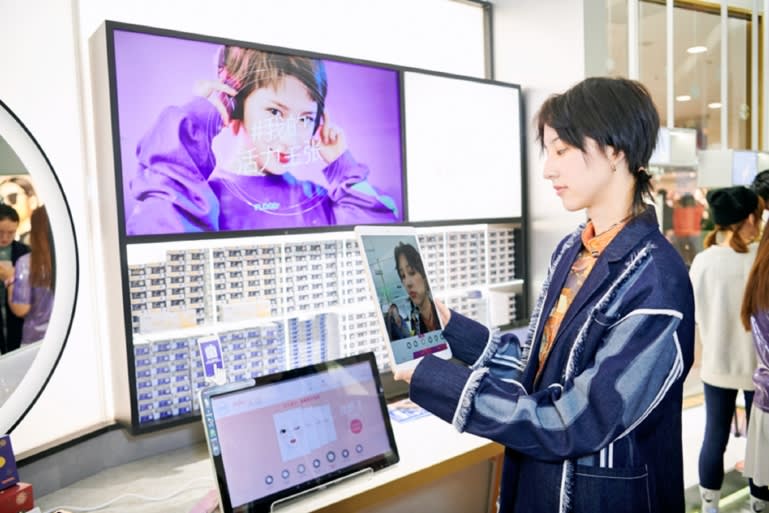 In the early 2000s, market research by U.S. consumer health care company Johnson & Johnson found that consumers in Japan and South Korea wanted to make their pupils look bigger. This was something few Westerners seemed to want.

To cater to Asia, Johnson & Johnson developed circle contact lenses, which make pupils appear larger. Along with Japan, it sells circle contacts in China, Hong Kong and Singapore. But the Asian market is not monolithic -- what works in some places does not fly in others.

Data from the Japan Contact Lens Association shows 223.7 billion yen ($2 billion) worth of contacts were shipped in the country in 2017, with shipments of fashion contacts rising 7% on the year to 43.3 billion yen.

Colorful lenses, though, seem to be a step too far for most Japanese. Johnson & Johnson started selling such lenses in Japan in 2004 but stopped in 2007. In Japan, the company now only supplies circle contacts for a larger-but-still-natural look.

Packages of Johnson & Johnson circle contacts in China, in contrast, have elaborate butterfly patterns to match the colored lenses inside.

Seed, for its part, sells contacts designed by fashion label Jill Stuart in Hong Kong and Singapore, featuring flowers and "J" patterns that create an overlay effect when worn.

One potential concern about the trend is that few consumers who use contacts to spruce up their eyes make regular trips to the ophthalmologist. One survey by the Japan Contact Lens Association last year found that only 16% of about 1,200 respondents see a doctor every time they purchase new contacts.