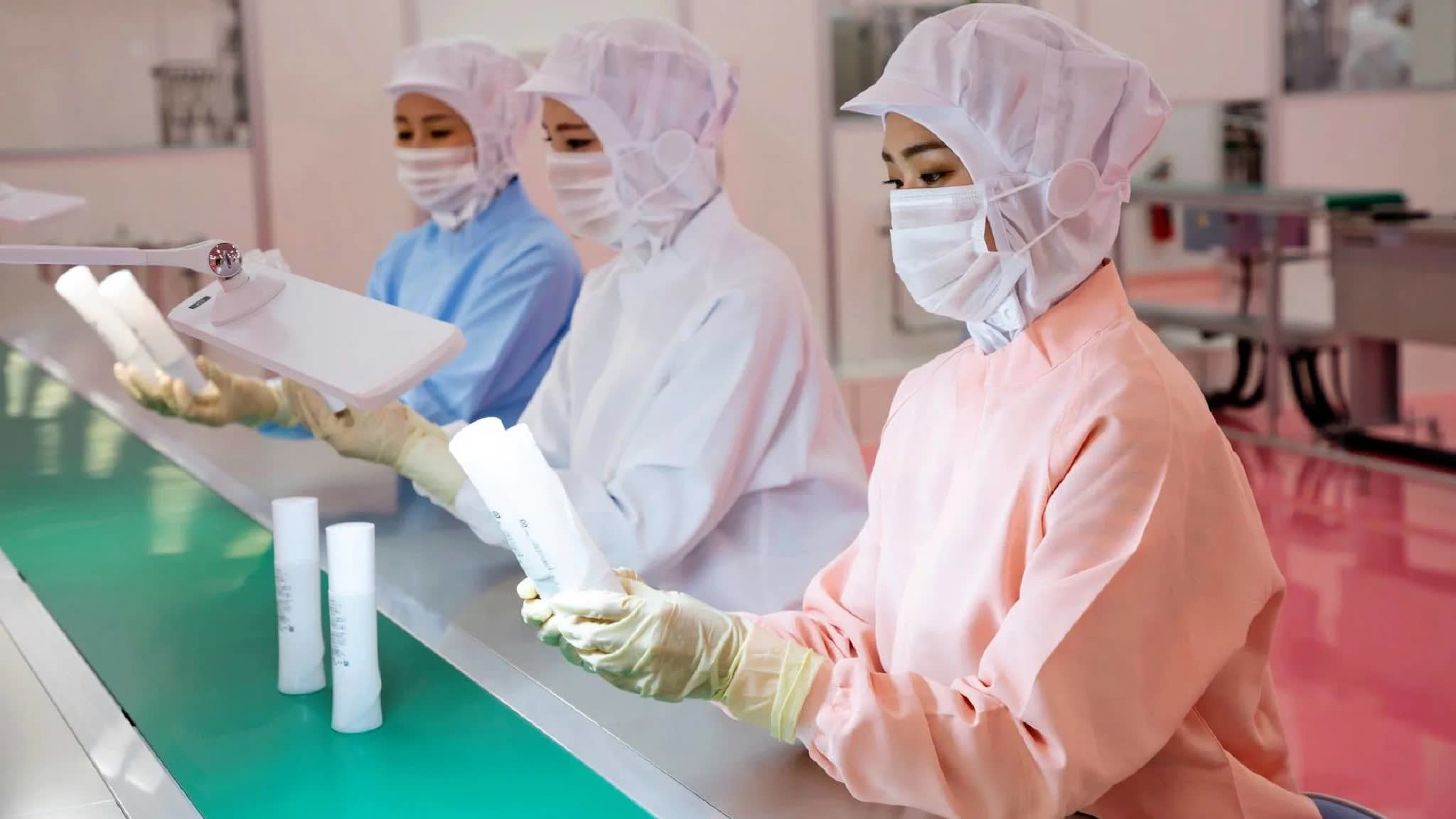 TOKYO -- Top Japanese cosmetics maker Shiseido will open its first domestic plant in 36 years on Christmas Eve, but the mood around the occasion is less than festive.

The factory in Otawara, north of Tokyo, was conceived as a way to satisfy unmet demand for the company's beauty products from foreign buyers. Two more plants are in the works, which will bring the total number in Japan to six by 2022.

The change in the business climate has been head-spinning. Demand was so strong among tourists for the Japanese-made makeup and skin care products that Shiseido ran out of some items at domestic stores. Until around the summer, shops were posting "out of stock" notices in both Japanese and Chinese.

The new factory will produce midpriced to high-end skin care products, such as those under the Elixir and Ipsa brands. "It will eventually contribute about 300 billion yen in revenue," Shiseido President Masahiko Uotani told Nikkei. The floors at Shiseido's factory in Otawara, north of Tokyo, are colored pink in a nod to one of the region's local produce: strawberries. (Photo by Yu Furukawa)

The plant will also take over outsourced production, which will not be reflected in earnings gains. But Shiseido will be better able to tailor output to trends.

The cosmetics maker plans to open another plant in the Osaka area in the latter half of 2020, as well as a factory near Fukuoka in early 2022. Including upgrades to existing plants, the entire expansion will cost 170 billion yen, or $1.5 billion, in capital spending.

But those plans were laid before consumers in South Korea began boycotting Japanese products this summer, a response to Japanese trade restrictions against the neighboring country. South Koreans have also shied away from traveling to Japan in large enough numbers to cause some airline routes to be discontinued.

At the same time, the demonstrations in Hong Kong have caused mainland Chinese to hold off on traveling to the city, undercutting purchases of Shiseido products there. All the while, depreciation costs on the new production capacity are mounting.

Analysts have questioned Shiseido's aggressive domestic investments. "Capital expenditures are a top priority, but it's hard to see a boost from these major investments over the short term," Keiko Yamaguchi at Goldman Sachs Japan said in a Dec. 11 report.

"Investments in higher output could become a risk" if demand does not grow, said Ritsuko Tsunoda of JP Morgan Securities Japan in a report.

Shiseido aims to top 150 billion yen in operating profit in 2020, up from a forecast of 113 billion yen to 120 billion yen for this year. But analyst projections for 2020 earnings average only 140.2 billion yen, according a QUICK Consensus survey. Shiseido shares are trading 14% below the year-to-date high marked at the end of October.

Cosmetics production relies more heavily on human input than making electronics or cars. Much of the quality checks, such as whether pigments are dissolved evenly, are still done by eye.

This means worker training takes time. The plant opening next week will begin operating with 350 employees, a number that will be increased to 1,000 over three years. The plan is to gradually ramp up productivity, with the goal of producing about 30 million items there in 2020, 90 million in 2021, and 120 million in 2022.