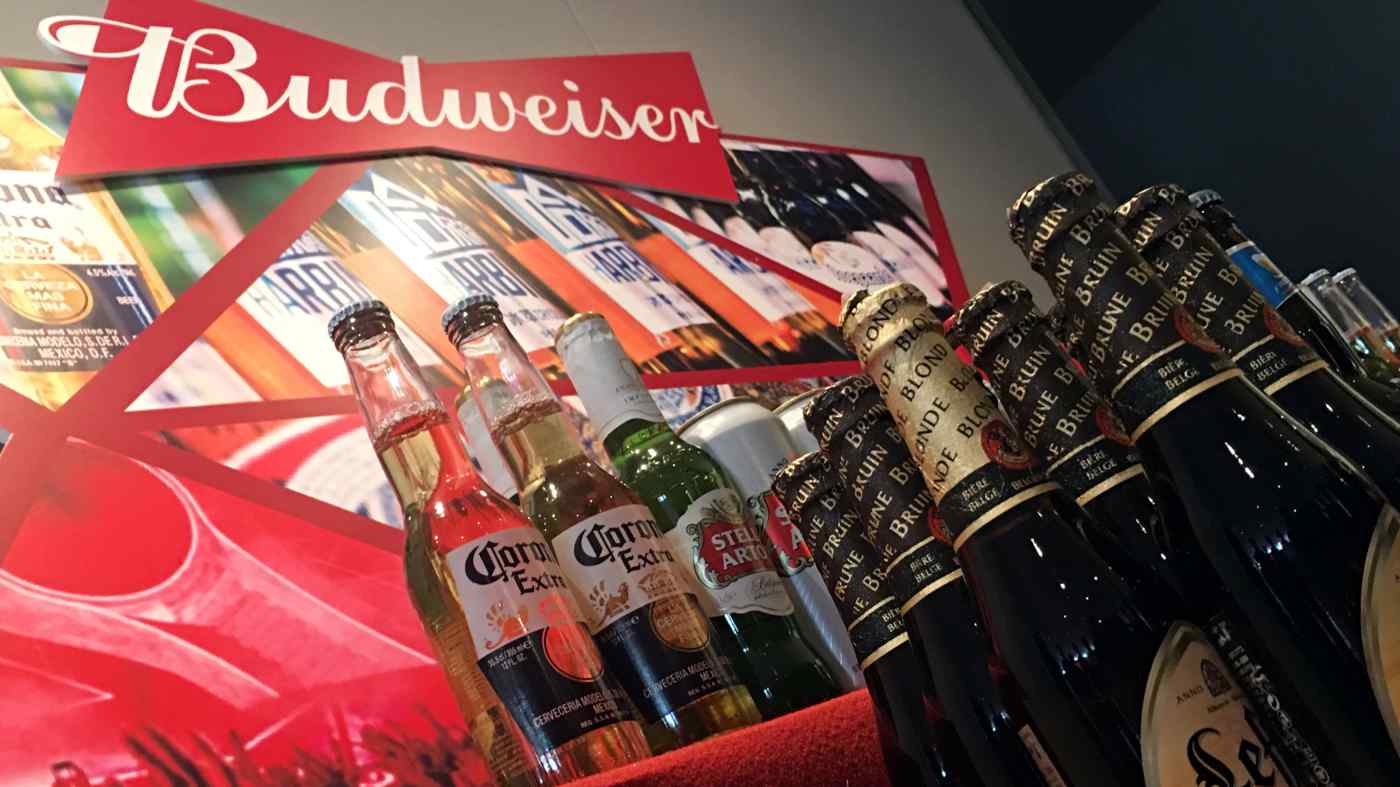 HONG KONG -- Spending by affluent Chinese consumers is giving a boost to a range of companies from beverage groups to mall owners even as overall retail sales remain sluggish.

Budweiser Brewing Co. APAC's business in the second quarter "improved significantly, primarily driven by strong recovery in China," Co-Chair and CEO Jan Craps told reporters on a conference call Thursday. After sales fell 17% on the year in April, the brewer's China volume rose by the mid-single digits in May and marked a single-month record in June.

The revival of premium beer drinking is just one sign of a consumer-led recovery in some sectors of the world's second-largest economy, which swung to 3.2% growth in the second quarter from a 6.8% contraction in January-March.

Budweiser APAC, which owns such brands as Stella Artois, Corona, and Hoegaarden, has benefited from a gradual relaxation of social distancing in China, where over 90% of its restaurant channels and over 80% of its nightlife channels have reopened. "Typically, people drink more premium products" on these occasions, according to Craps.

Kweichow Moutai, a state-owned distiller known for its sorghum-based hard liquor baijiu, this week reported an 11% year-on-year rise in revenue to 43.95 billion yuan ($6.28 billion) and a 13% growth in net profit to 22.6 billion yuan for the first six months.

"We expect its sales growth to speed up," said Mark Yuan, a Chinese consumer staples analyst at Jefferies Hong Kong, in a note following the earnings release.

Despite open criticism of the company in state media in mid-July, Yuan anticipates "compensating demand in the mid-autumn festival" in early October, as the coronavirus robbed many of opportunities for gathering and gift-giving during the Chinese New Year this January.

Real estate owners with luxury shopping malls have also benefited from the return of big spenders. Hang Lung Properties, a Hong Kong developer with substantial exposure in China, said Thursday its leasing revenue on the mainland rose by 9% to 2.06 billion yuan during the first six months of the year. Growth was driven by new properties in Kunming, Wuxi and Shenyang that opened during the third quarter last year, but existing properties generated 3% revenue growth. Its flagship Shanghai Plaza 66 on the ritzy Nanjing Road generated 861 million yuan, up 4%, with a mall occupancy rate of 95%.

"As COVID-19 in mainland China subsided, luxury sales rebounded significantly starting from April, reflecting the pent-up demand that was also fueled by reshoring of spending in this sector," Chairman Ronnie Chan said in a statement.

Carlo Mazzi, chairman of Prada, echoed this view in the Hong Kong-listed Italian luxury brand's earnings report Wednesday, saying that "due to the rapid recovery of consumer spending when the COVID-19 emergency ended, retail net sales in the Chinese mainland resumed growth since April." Total retail net sales were "in line with those of the comparative six months of 2019," Mazzi said.

However, overall mainland Chinese consumer spending declined and the outlook remains uncertain, even for those who have felt the initial recovery. The country's retail sales for the first six months fell 11.4% on the year to 17.2 trillion yuan.

Fitch Ratings said in a report Friday that the divergence in Chinese consumer spending has been "pronounced during the pandemic-led economic downturn," reflecting a widening disparity in household income and debt levels.

While the affluent have maintained their consumption levels for luxury goods and other products, those in lower income brackets have been "inclined to save rather than spend, [but have] lifted demand for value-for-money goods."

Suning.com, one of the largest retailers in China, said on Friday that it expects to post a net loss of 160.67 million yuan for the first half of the year, a sharp reversal from a 2.13 billion yuan profit a year ago. The company is trying to become an online powerhouse, but its commitment to remaining a major bricks-and-mortar retailer, with almost 6,000 stores at the end of June, has weighed on its earnings.

Hotels are suffering, along with airlines, as travel stalls. At Jinmao Hotel, an operator of luxury hotels and office buildings in high-tier cities in China, first-half revenue dropped by half to 611.2 million yuan.

The average room occupancy rates of the group's five-star hotels slumped. The Grand Hyatt Shanghai, with a prime location in the Pudong business district, was at 28.3%, a sharp decline from the 86.9% of a year ago. Even worse was the Westin Beijing Chaoyang, located in the central business district of the capital. Its occupancy rate fell to 19.2% from 83.3% last year.

The movie industry has been badly hit by a long period of theater closures. Revenue at IMAX China Holding, which runs about 700 theaters in mainland China, dropped by 89% to $6.66 million for the first six months, while the company recorded a $35.24 million net loss compared with a $23.96 million profit in same period a year ago.

Even though its cinemas were allowed to reopen, the Hong Kong-listed company remains cautious about "the timing and extent of a recovery of consumer behavior and willingness to spend discretionary income on moviegoing," it said in a statement Wednesday.

Its Shenzhen-listed local competitor Wanda Film Holding earlier announced that it expects a net loss between 1.5 billion yuan and 1.6 billion yuan for the first half of the year.

Restaurants are similarly hurt as more people eat at home. China Quanjude Group, a century-and-half-old Peking duck eatery, will slip into a net loss of 138.86 million yuan to 151.86 million yuan for the six-month period, from a profit of 32 million yuan a year ago.

Hop Hing Group Holdings, an operator of the Yoshinoya beef bowl and Dairy Queen chains in northern China, expects a net loss of up to 70 million yuan due to a "decline in sales performance and the corresponding impairment of right-of-use assets," according to the Hong Kong company's statement on Tuesday.

Yum China Holdings, the largest fast food chain operator in the country, fared relatively better. Its second quarter revenue decline was 11%, while net profit fell 26% to $132 million from the same period a year ago. Over 99% of its shops, including KFC and Pizza Hut, have reopened. The company kept up the pace of store openings, celebrating its 10,000th location in July.

CEO Joey Wat admitted on a conference call Thursday that the company is "still experiencing significant headwinds. The recovery path is nonlinear and uneven."

"Mainland China is cautiously bracing for a steady recovery as certain pockets of the domestic consumption -- such as groceries and luxury -- show resilience," said Phil Lai, partner at PwC China, foreseeing a wide variation in recovery going forward.

"COVID-19 has altered consumer behavior in a fundamental way in China, both online and offline," Lai said. "Regardless of how the pandemic plays out, the new retail transformation will go on at an even broader scale."