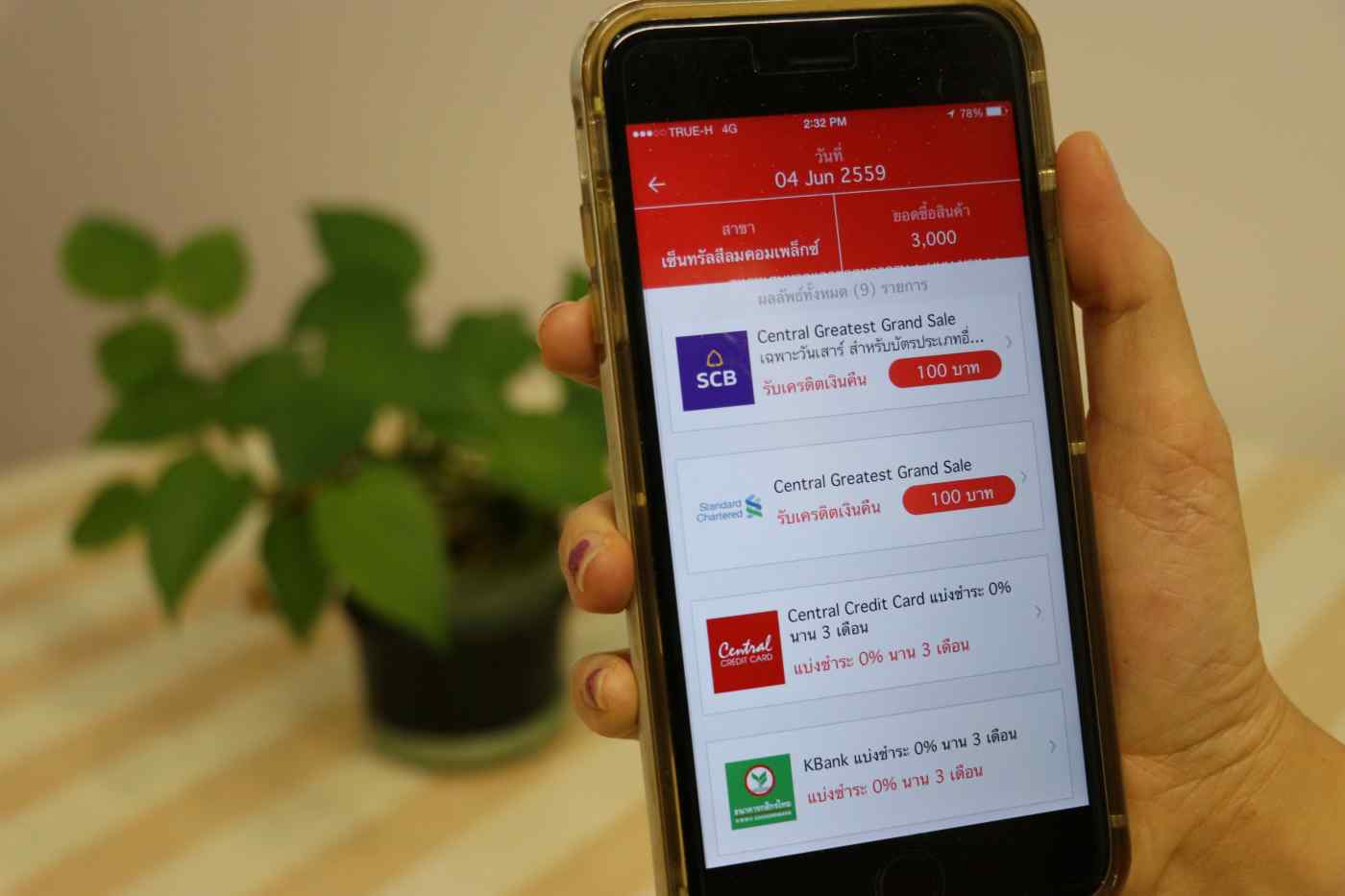 The Thai-language app, Central Smart Shopper, lets the user select date, store branch and budget. It then shows a list of available promotions from 20 or so credit card companies.

The younger generation "is the group of customers we want to capture," said Piyawan Leelasompop, executive vice president for marketing, in a news conference Tuesday. "They are eager to change, and one day we could foster the relationship" and build brand loyalty, Piyawan said. The new app will increase convenience for this generation, whose lifestyle is tied to mobile phones, she said. The department store, part of retail giant Central Group, said it invested more than 10 million baht ($280,000) to develop the app and targets 100,000 downloads by year-end. It plans to further develop the app to link to online shopping.

Central Group is increasingly keen on investing in e-commerce. Earlier in May, it announced the acquisition of Thai operations of Zalora, Southeast Asia's largest online fashion marketplace.

These moves come amid a slump in Thai spending. Central Group and other retailers face the challenge of capturing the consumption that had been largely boosted economic growth until just a few years ago.

Thailand's retail sector grew 2.8% in 2015, according to the Thai Retailers Association, slowing from the roughly 10% annual clip of 2010 to 2012. High- and middle-income Thais are spending more abroad than at home, the association says. Central Group CEO Tos Chirathivat earlier raised such a concern, saying: "It's a big issue. We must come up with a way to promote domestic spending and domestic tourism."

Central Group will kick off a one-and-a-half month sale Friday at its 64 branches nationwide, including Central Department Stores, to boost domestic consumption. It says it will invest 100 million baht in the campaign to offer discounts of up to 80%.

Promotions do not always help boost profits. The retail group's growth depends on how it can broaden its reach and stimulate demand through a variety of steps in its home market.