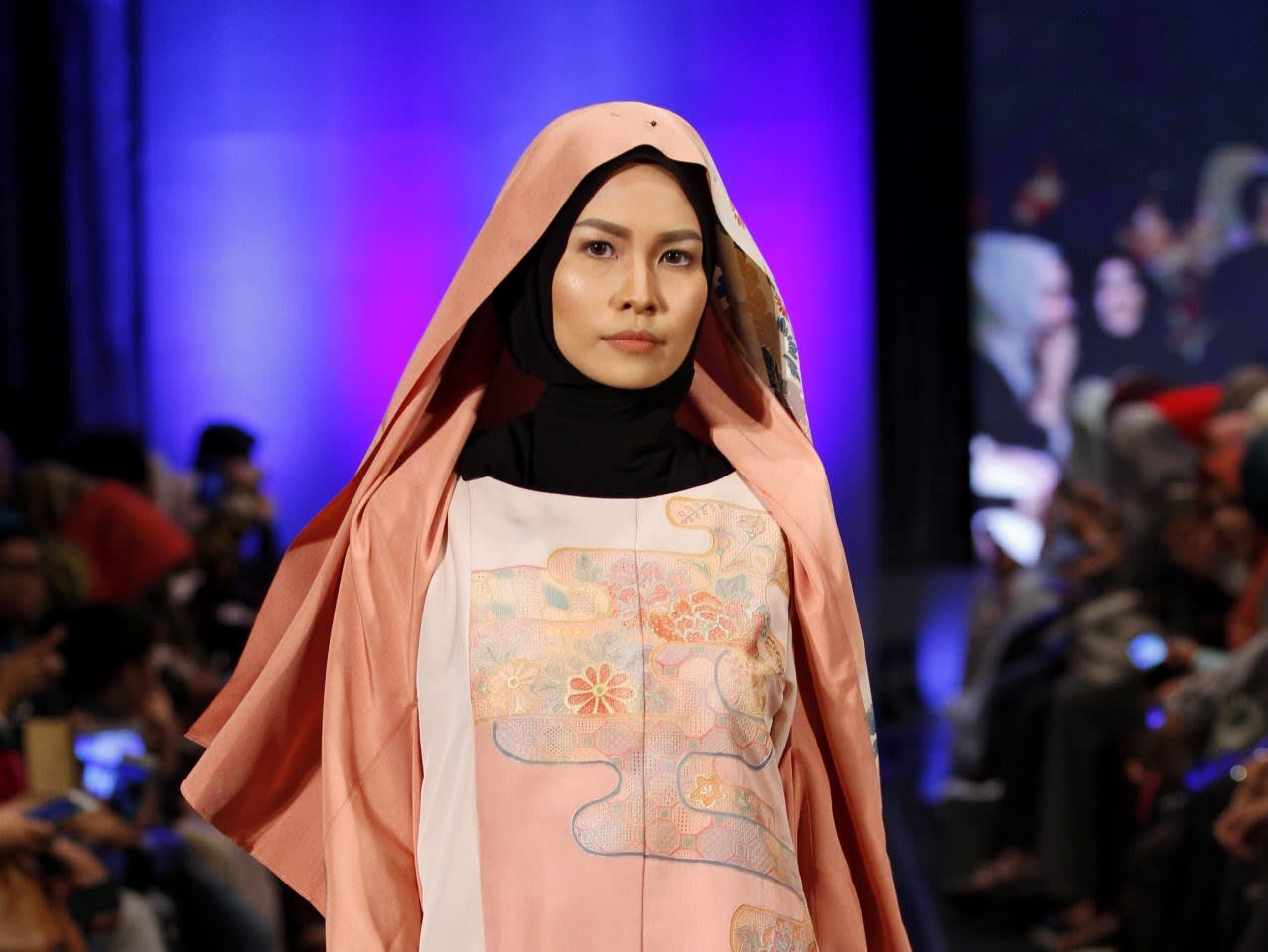 A model wears an outfit that riffs on the Japanese kimono at a fashion show in Indonesia in March.
June 17, 2016 19:00 JST | Japan
CopyCopied

TOKYO -- The market for stylish clothing catering to Muslim women is huge, and it's only getting bigger. The mainstream fashion industry is starting to take notice, with such high-profile brands as Dolce & Gabbana and DKNY recently showcasing collections designed specifically for this group.

Yo Nonaka, an executive member of the Japan Muslim Fashion Association and assistant professor of Keio University specializing in Islamic area studies, recently spoke with The Nikkei about the "rules" of Muslim fashion, how they differ from country to country and what the market potential is.

Q: How big is the Muslim fashion market?

A: Data from one source shows that global spending on clothes and other fashion items for Muslims came to $266 billion in 2013. That is a roughly 20% increase from the previous year. The number is expected to reach $322 billion by 2018.

Estimates of the size of the global Muslim population vary because some countries do not disclose their population breakdowns by religion. But it appears to be something between 1.2 billion to 1.7 billion, or roughly a quarter of the world's population.

Indonesia has the largest number of Muslims. And countries such as Bangladesh, India and Pakistan are also home to a significant number. Some projections say that by 2025 to 2030, Muslims will expand to account for a third of the global population. It is a truly promising market and one that will continue to grow.

Q: What are the rules when designing clothes for Muslim women?

A: According to modern interpretations, there are three essential principles shared by all countries and regions: the clothing must cover the entire body except for the face and hands up to the wrist; fabric must not be see-through; and the clothing must not reveal the figure. And there are variations in the rules depending on the location.

Q: What are some examples of the differences among countries?

A: In Saudi Arabia and Yemen, Muslim women must conceal their entire bodies except for the eyes. In Afghanistan, even the direction of a woman's gaze should be hidden, so the women there cover their eyes with mesh fabric. There are other basic guidelines, such as not wearing clothes that stand out or are similar to non-Muslim apparel. But the line between what does or does not stand out is blurry.