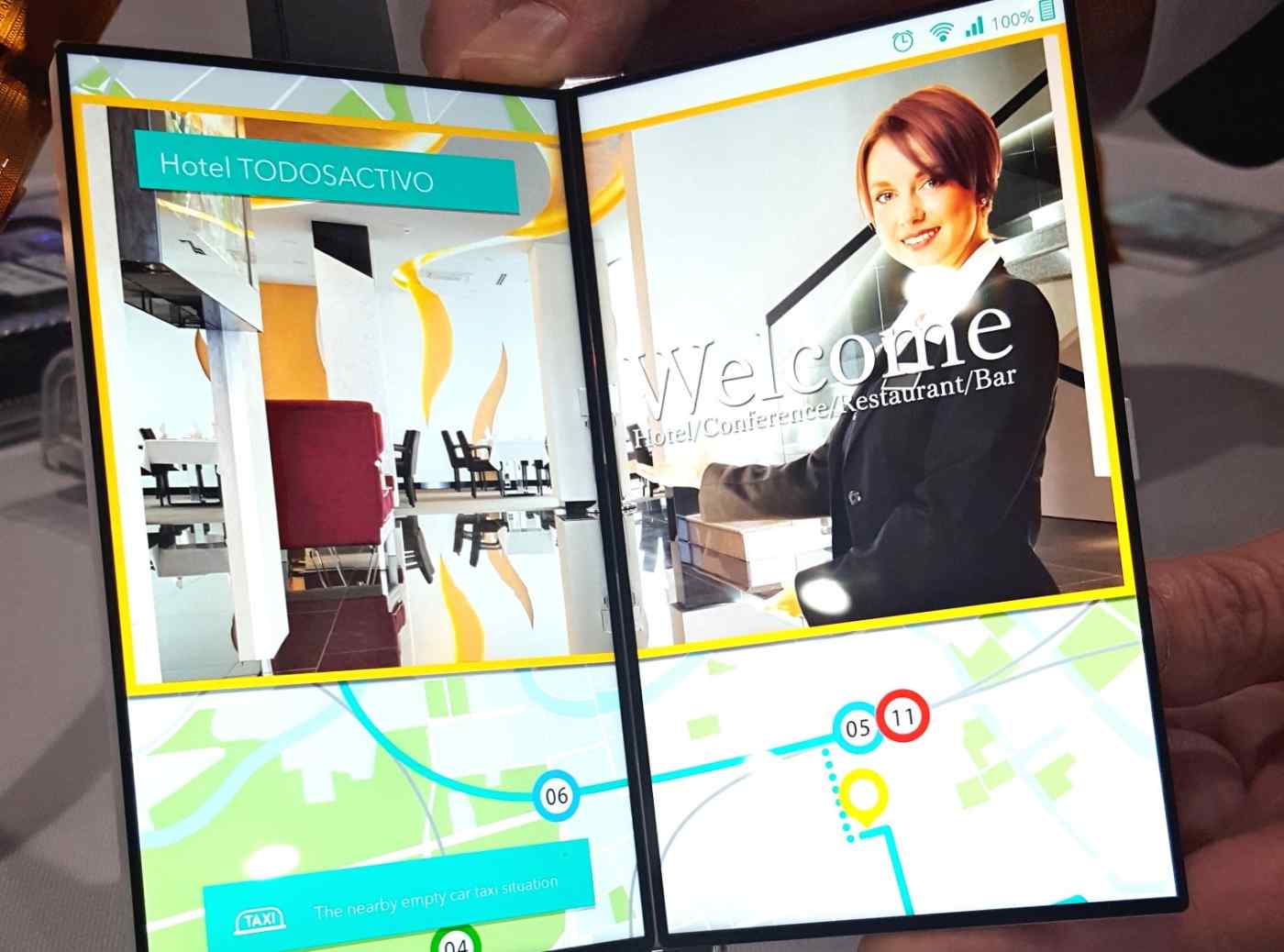 TOKYO -- Japan Display has developed a format that allows smartphones to fold open like a book, hinging two LCD panels to double a handset's working size.

The Japanese developer and manufacturer of mobile displays is working with a Chinese smartphone maker to create a handset that will debut in the summer. The undisclosed Chinese partner is a major global smartphone maker, thus offering Japan Display a consistent source of demand for the panels.

When the display is folded open, the two panels can sync to show one large screen for watching videos or reading large-format media like newspapers. They also can be used as separate screens, such as to write messages and browse at the same time.

Japan Display worked with Minebea and others to modify the shape of the backlight and design a liquid crystal display panel with a peripheral frame that is less than 1mm wide. The two panels side by side have a gap of less than 2mm between screens.