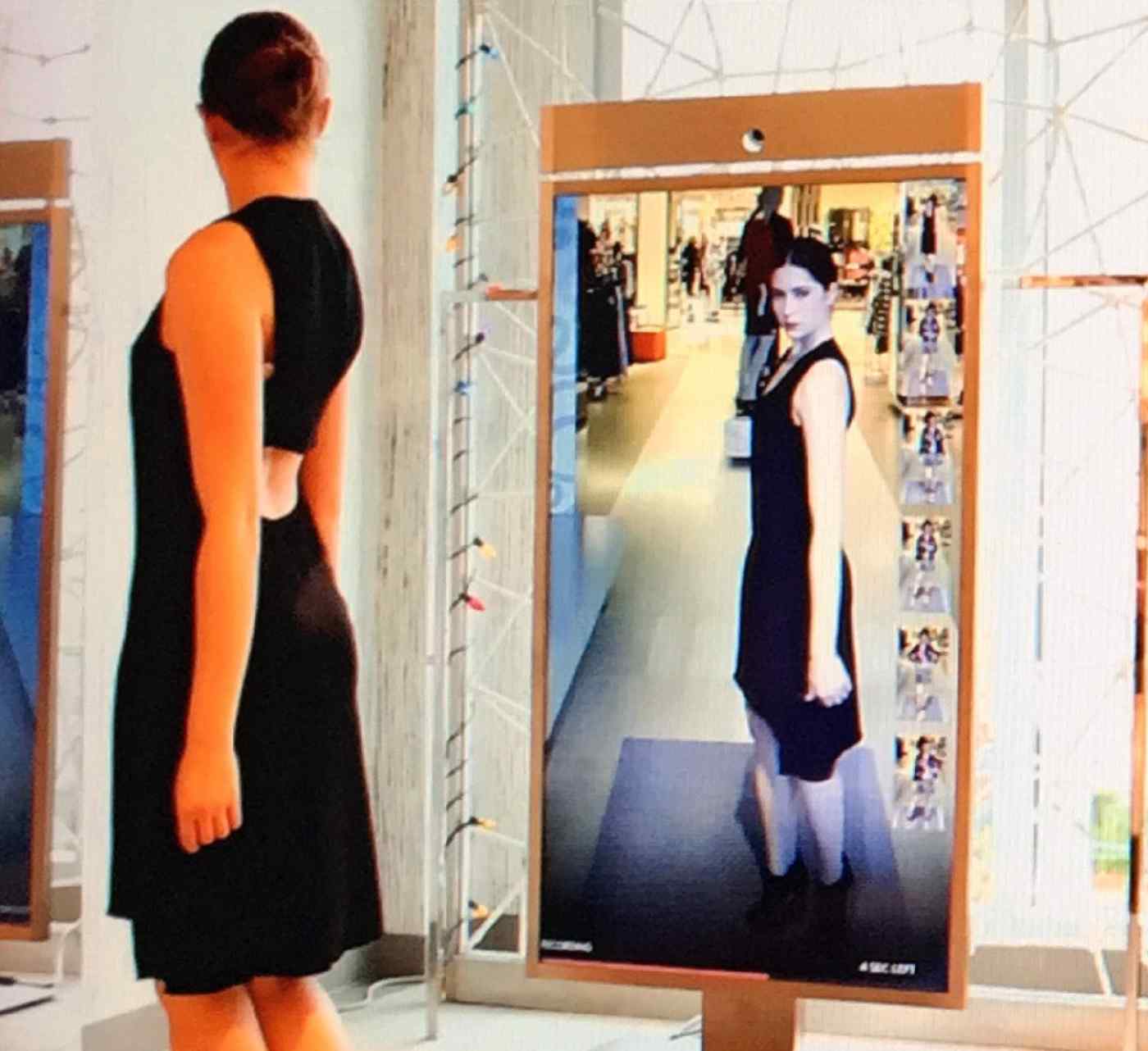 Customers at Isetan's Shinjuku flagship in Tokyo will be able to sample new fashions virtually starting Aug. 26. After having their picture taken with a camera atop a large display screen, shoppers will be able to alter the color and style of their clothing with simple, intuitive controls. Pictures of favorite outfits can be sent to users' smartphones and other devices.

After feedback from customers is gathered during a two-week trial period, Isetan Mitsukoshi will begin to introduce the device more widely, with the eventual aim of bringing the technology to stores across Japan.

Starting in September, Isetan will also bring to its Shinjuku store an artificial intelligence system that suggests clothing and accessories to shoppers. Customers will input their favorite styles, colors and other fashion preferences via tablet. After crunching the data and comparing it to that of other shoppers, the system will return fashions and products that it thinks will be a match.

The AI system will eventually be able to tease out shoppers' latent preferences to present them with something new and exciting, hitting the mark more often as it amasses user data. The company hopes that the unique tech offerings will help it draw in a new wave of Japanese customers.

Isetan Mitsukoshi is already an industry leader in the use of technology to improve the shopping experience. The Shinjuku store contains some 560 devices that interact with an in-store navigation app on customers' smartphones to direct them to the section of their choice and offer other information. The company's latest efforts are one step further in the direction of using tech to push sales.

But the department store operator is not the only tech-conscious player in the fashion world. The Japan Fashion Industry Council is exploring the possibility of using radio frequency identification tags attached to product labels to promote the goods certified under its "J-Quality" scheme.

Only products made in Japan of Japanese cloth can earn the J-Quality certification. The trade group hopes to install in-store terminals capable of showing customers a video explaining a certified piece's origin when the associated RFID tag is scanned -- just one step in a plan to push Japanese craftsmanship with the latest tools.