New smartwatches in Japan get back to basics 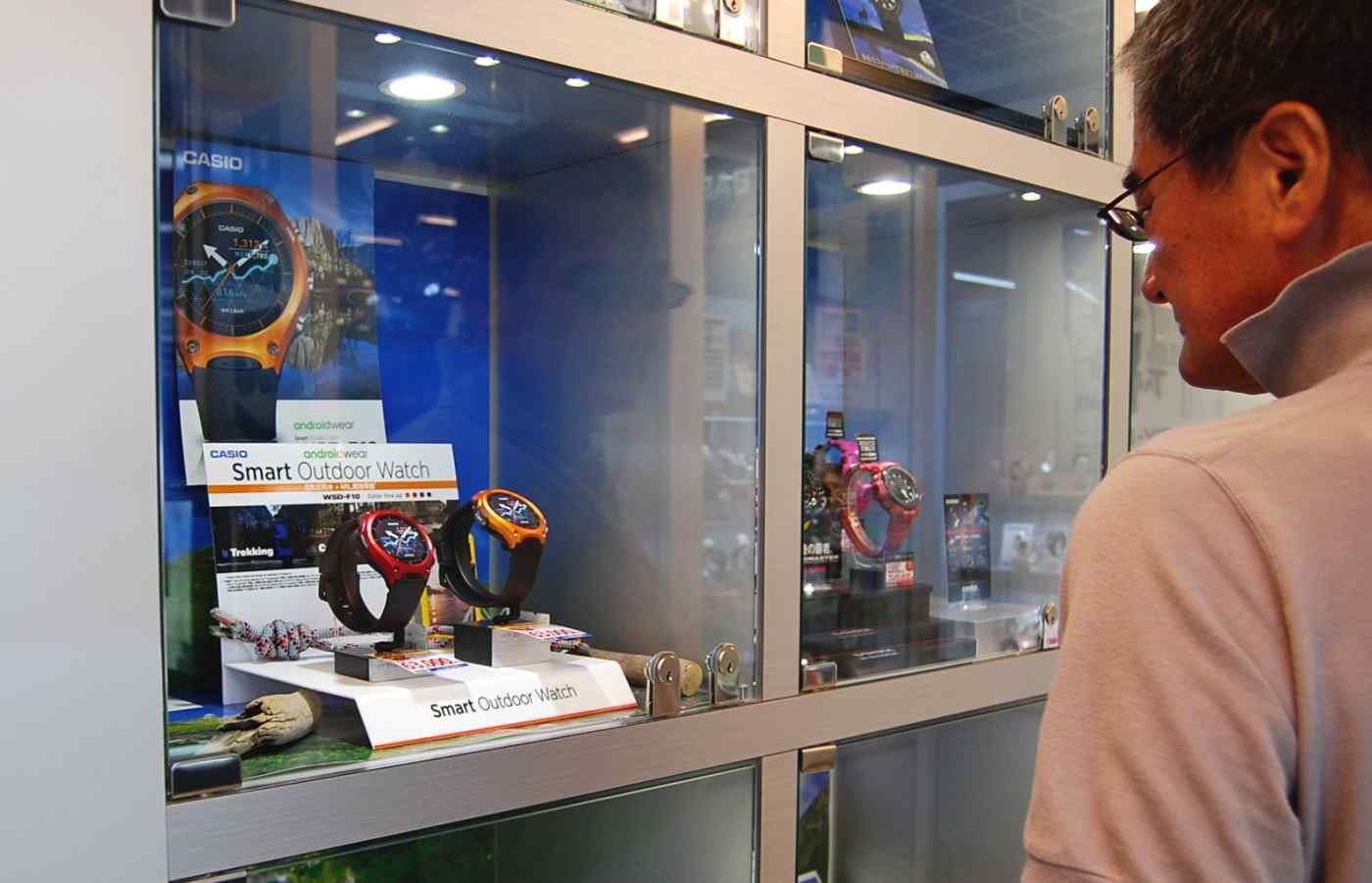 TOKYO -- The new smartwatches from Japan's leading wristwatch makers bear the hallmarks of a similar strategy: go light on the bells and whistles, whittle down the features to only indispensable functions, but go full bore in ensuring the devices are stellar timepieces.

Citizen Watch will release a new smartwatch in December that can interface with a smartphone via Bluetooth to alert the wearer when calls, emails and other forms of communication arrive on the phone. The user can set the smartwatch to vibrate, ring or otherwise notify of some 10 different important daily events.

Other features include a search function for finding a misplaced smartphone, and automatic correction of time zones and daylight saving time. The device, which is expected to carry a price tag of 80,000 yen ($783), is solar-powered so the batteries never need replacing.

The Citizen Holdings group company plans limited sales of 3,000 units and has already received triple that number of orders.

Citizen released a wristwatch with "smarts" in 2006 in Japan, but sales of that early smartwatch were disappointing. The company had better luck when it expanded sales to North America in 2012, where consumers appreciate automatic time zone correction.

Other Japanese watchmakers are also releasing smartwatches designed to be used first and foremost as timepieces.

Seiko Watch released a smartwatch in June and is coming out with another Sept. 23 -- designed for mountain climbers. The gadget from the Seiko Holdings unit interfaces with a smartphone app to plan and record mountain climbs.

Casio Computer will add a new member to its Edifice family of wristwatches on Friday. The 45,000 yen smartwatch has an automatic time-correction feature.

Many smartwatches like the Apple Watch are packed with features, including heart rate monitors and activity gauges.

In contrast, Japan's watchmakers have opted to make smartwatches with streamlined feature sets and designs that make it easy to read the time.

Maybe because Japan has no time zones, the domestic market for smartwatches has been slow to take off. But these new releases could whet Japan's appetite.