When cheap doesn't sell -- even to the poor 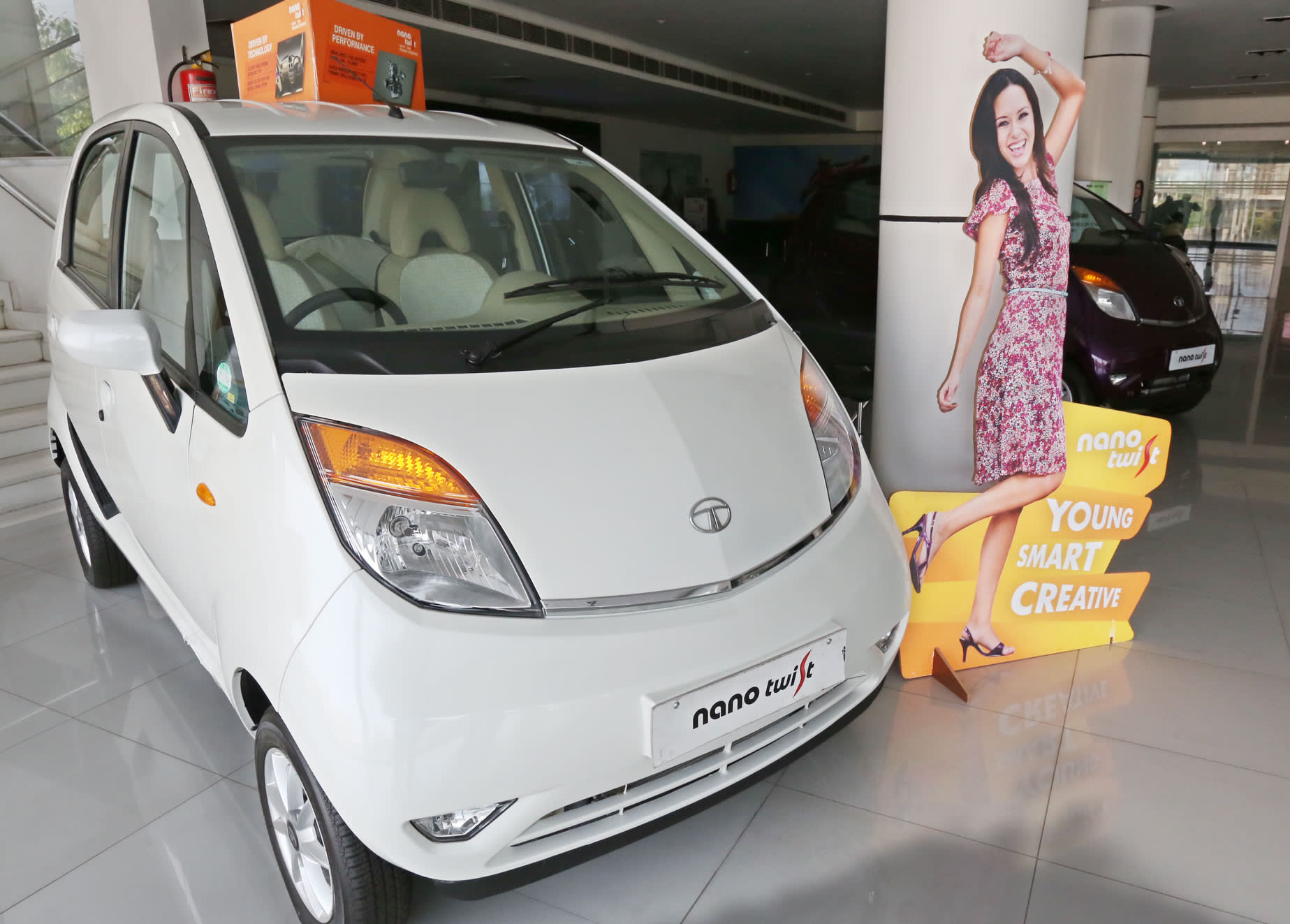 Sales of the ultra-affordable Nano offered by India's Tata Motors have not been growing as expected. (Photo by Ken Kobayashi)
August 6, 2015 19:00 JST | India
CopyCopied

NEW DELHI -- There's affordable, and then there's cheap. One is a selling point, the other an image problem, and makers in India are learning the hard way how important that distinction is.

Although 60% of India's population of 1.2 billion still live on less than $2 a day, products designed and marketed for this massive segment often fail to catch on.

Pitched as a poor family's first upgrade from a motorbike to a four-wheel car, the Nano should have found ample demand among the country's numerous low-income households. In the seven years since its debut, however, the car has sold only 270,000 units. Annual sales have averaged only 20% of what the company estimates is needed to break even.

So, like many companies in similar positions, Tata has started setting its sights higher, targeting more moneyed consumers. In May, it released the GenX Nano, which comes with Bluetooth connectivity and high-tech automatic transmission. The price -- between 200,000 rupees and 300,000 rupees -- puts it far beyond the reach of India's lower economic brackets.

The promotional video for the revamped Nano features more than 30 wealthy-looking young people speaking fluent English, further driving home that this model is not intended for low-income drivers.

"No one, mind you, not even the poor, wants to buy a product that is pitched as a perfect item for the penniless," said Gopalan Sunderraman of Godrej Group.

Godrej, a major Indian conglomerate, learned the same lesson Tata did, in this case by trying to market a refrigerator specifically for the poor.

In 2010, it launched the ChotuKool refrigerator. Priced at around $69, it was aimed at low-income consumers who could not afford a more expensive one, but sales have not grown as expected.

So, at the end of 2014, the company started offering customized units for roughly $80. Customers shopping over the Internet can choose different patterns for the exterior of the fridge. If they want to use their own design, the price is nearly double.

Although Godrej still sells the cheaper, single-color model, its launch of online sales for the customized version means the company is targeting wealthier consumers who can afford an Internet connection. In India, only about 10% of the population has access to the Internet.

According to Sunderraman, if a model in a certain product lineup becomes popular among the rich, then low-income consumers will buy a lower-end version without hesitation.

A cardinal rule for marketing to the bottom of the pyramid is to minimize functions, size and price. But this approach does not necessarily work in India. Instead, makers there must find a way to develop products that say "easy on the wallet," not "made for the poor."