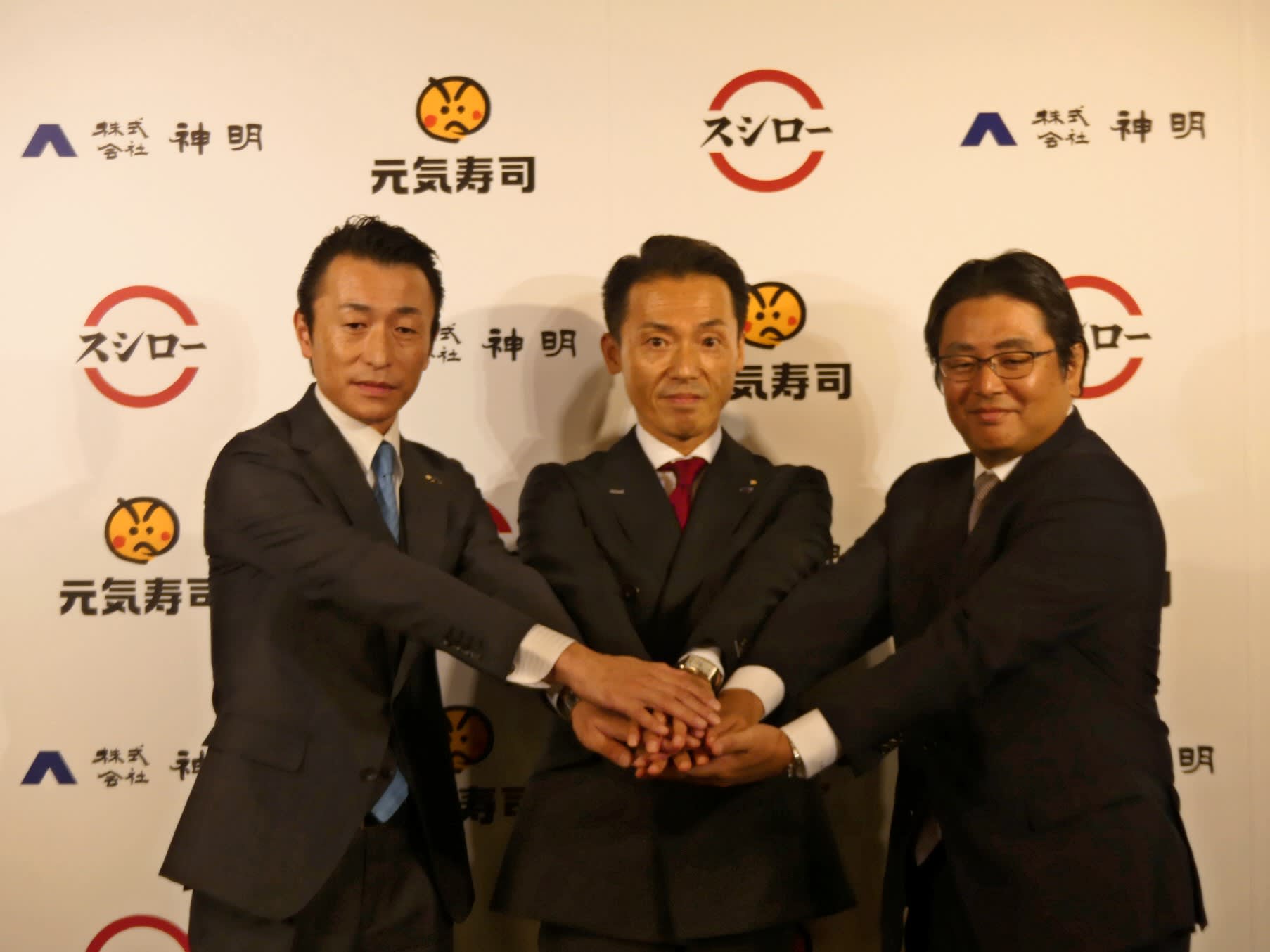 The two companies on Friday announced a capital partnership toward integrating their businesses. Rice wholesaler Shinmei, the parent of Genki Sushi, will lead the process by obtaining 32.72% of Sushiro's parent Sushiro Global Holdings from British investment fund Permira for 37.9 billion yen ($336 million).

Akindo Sushiro is the market leader in Japan, and Genki Sushi the fifth-place player. With combined sales of some 180 billion yen, the pair would control around 30% of the market, taking a significant lead over No. 2 Kura Corp.'s 113.6 billion yen and No. 3 Hamazushi's 109 billion yen.

To cut operating costs, the conveyor sushi industry has automated many tasks like making sushi, taking orders and delivering to the table. As a result, ingredient costs are equivalent to 40-50% of menu item prices, around 10 to 20 percentage points higher than at other casual restaurants. Ingredient costs have that much more impact over profit.

Prices of imported salmon and trout have climbed around 20% in two years on the back of rising fish demand in emerging economies. Yet price hikes are not an easy option because lower prices are what draw many customers and make conveyor sushi a rare growing segment within the food service sector.

"Yellowfin tuna and other red-flesh fish have also grown expensive, but we are biting the bullet and still serving the fish," said Mizutome.

The effects are clear across the industry, For instance, Kura, which enjoyed double-digit operating profit growth for three straight years through October 2016, is expecting profit to be flat this fiscal year.

A sushi restaurant is only as good as the quality of the fish it serves. If the Sushiro-Genki pair is able to buy better-quality fish without paying more than what they pay now, that would pose a threat to rivals. The duo expects an edge in rice procurement as well, with help from Shinmei.

The conveyor sushi market expanded by about 20% over five years to 605.5 billion yen in 2016, according to research company Fuji Keizai, largely thanks to aggressive store openings. But the momentum is weakening.

Because of the large space required, locations that can accommodate conveyor sushi restaurants are limited. Restaurants have pretty much already been opened in all key areas of greater Osaka, said an executive of a major industry player.

Seiichiro Samejima of the Ichiyoshi Research Institute says the market has a ceiling at 700 billion yen in view of the population outlook and other factors.

Expanding overseas is one focus of the latest corporate integration, but Japan remains the main arena. As many contenders vie for bigger pieces of a limited pie, the key to winning is procurement, which makes up a big chunk of costs.

Speculation has risen that the industry may undergo a realignment involving Kappa Create, which used to be the market leader. It is not clear whether the move by Sushiro and Genki Sushi signals other consolidations to come. "If we increase restaurants, of course others will lose market share," Mizutome said.