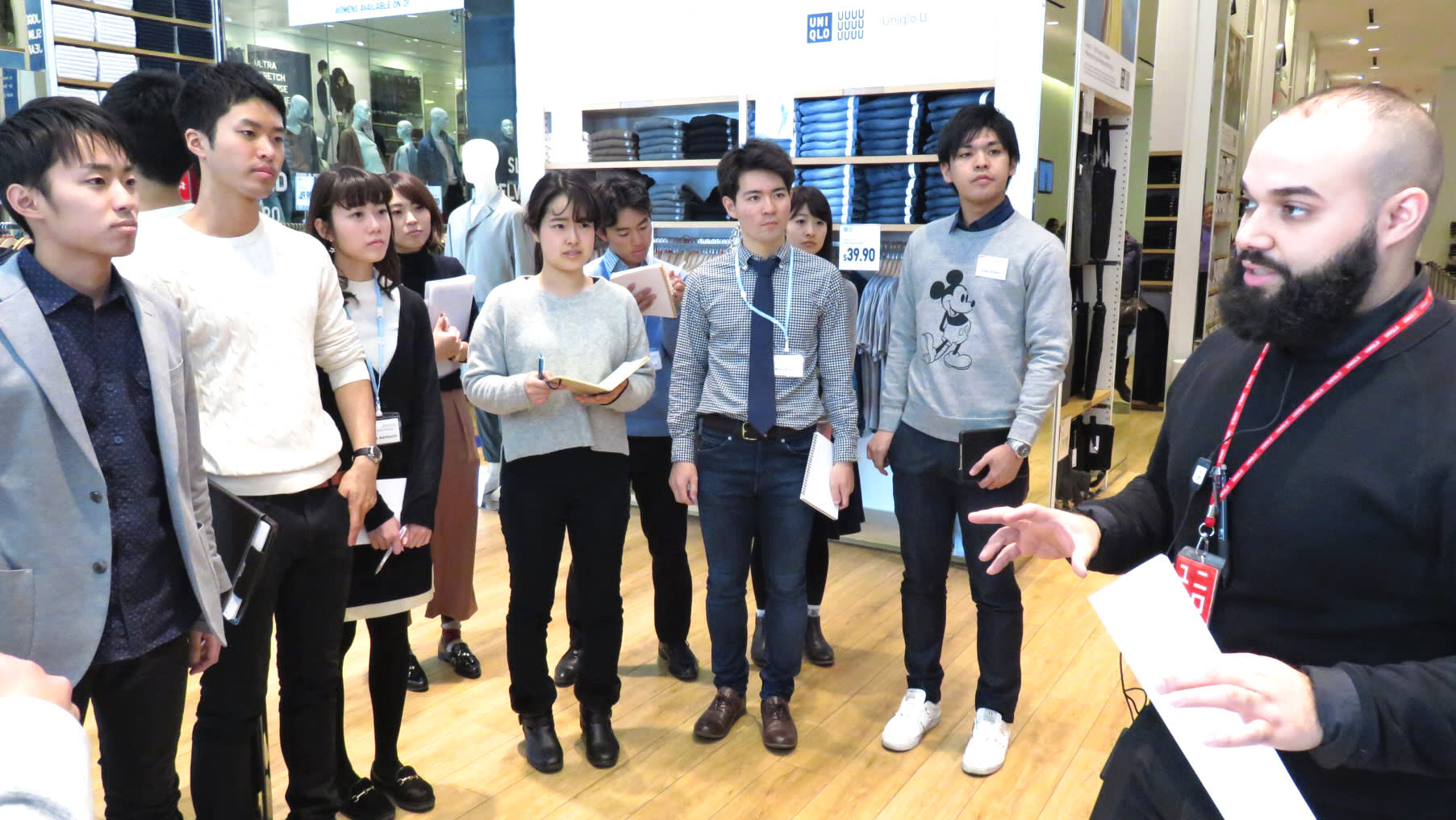 TOKYO -- Employers in Japan are stepping up recruitment via internships to secure young university-trained prospects as competition in the domestic labor market intensifies.

Companies in Japan plan to hire 93,368 university graduates in the spring of 2018, up 9.7% over the forecast for this year, according to a Nikkei Inc. survey. In this seller's market for labor, hiring managers are trying new programs to attract good candidates.

At a Uniqlo clothing store in New York last month, a small group of Japanese college students participating in an internship program in February attentively took notes while an American staffer spoke in English. Fast Retailing, parent of the Uniqlo chain, fully covered their travel and lodging expenses.

These interns are among about 60 students selected for the program, out of more than 2,000 applicants. The students are sent to five cities, including London, Shanghai and Singapore. They spend about a week touring local stores and listening to staff to propose solutions to operational challenges. Interns then present their proposals to the local CEO and other managers, and report to the Tokyo head office upon returning to Japan.

Few prospective employers can afford to send students around the world like this, with no guarantee of them joining the company after graduation. But Fast Retailing believes that talent is a driving force for growth, and it stands out in the amount of resources spent on recruiting.

In April, the apparel company will start an in-office internship program in 16 markets. For a period of one to three months, interns will experience various areas of operations beyond the store, including marketing, research and development and public relations.

"We will have them take part in actual business through full-fledged, long-term internships," said a hiring team leader. Eight students will intern in Japan, initially in such departments as human resources and customer creation. The program will then be opened up to 100 participants in Japan and overseas. Interns who impress the company may get job offers. Fast Retailing has more stores abroad than in Japan, and 50,000 of its 110,000 employees work abroad.

Even without spending a fortune, internship programs can yield fruit in talent recruitment. Sumitomo Precision Products, which makes landing gear and other aircraft parts, has hired two Taiwanese former interns for the first time.

Headquartered in Amagasaki, a city near Osaka, the manufacturer is smaller and less widely known than IHI and Mitsubishi Heavy Industries -- the company behind the Mitsubishi Regional Jet. Sumitomo Precision thus could do only so much if it simply competed for the same domestic pool of talent where bigger rivals fish, especially in today's extremely tight labor market. The company is hiring 16 people this spring, mainly in technical jobs.

"Competition for mechanical and electrical engineering students is intense, and it has become hard to hire good Japanese students," said a human resources manager. So the manufacturer has turned to students from other parts of Asia, where many talented young people long to work in the aviation industry or in Japan.

A 27-year-old graduate of National Taiwan University slated to join the company in April is an example. Having studied mechanical engineering, he interned at Sumitomo Precision's head office for two months last summer. He worked with Japanese engineers on designing and testing engine heat exchangers. "I was surprised to see how the work proceeded in an orderly sequence," he said with satisfaction.

He learned of the internship at his university after failing to find a job in the aircraft industry in Taiwan. Sumitomo Precision also recruited interns at other schools, including Taiwan's National Cheng Kung University. About 80 applicants were narrowed down to 30 based on their applications, and four were eventually selected after interviews.