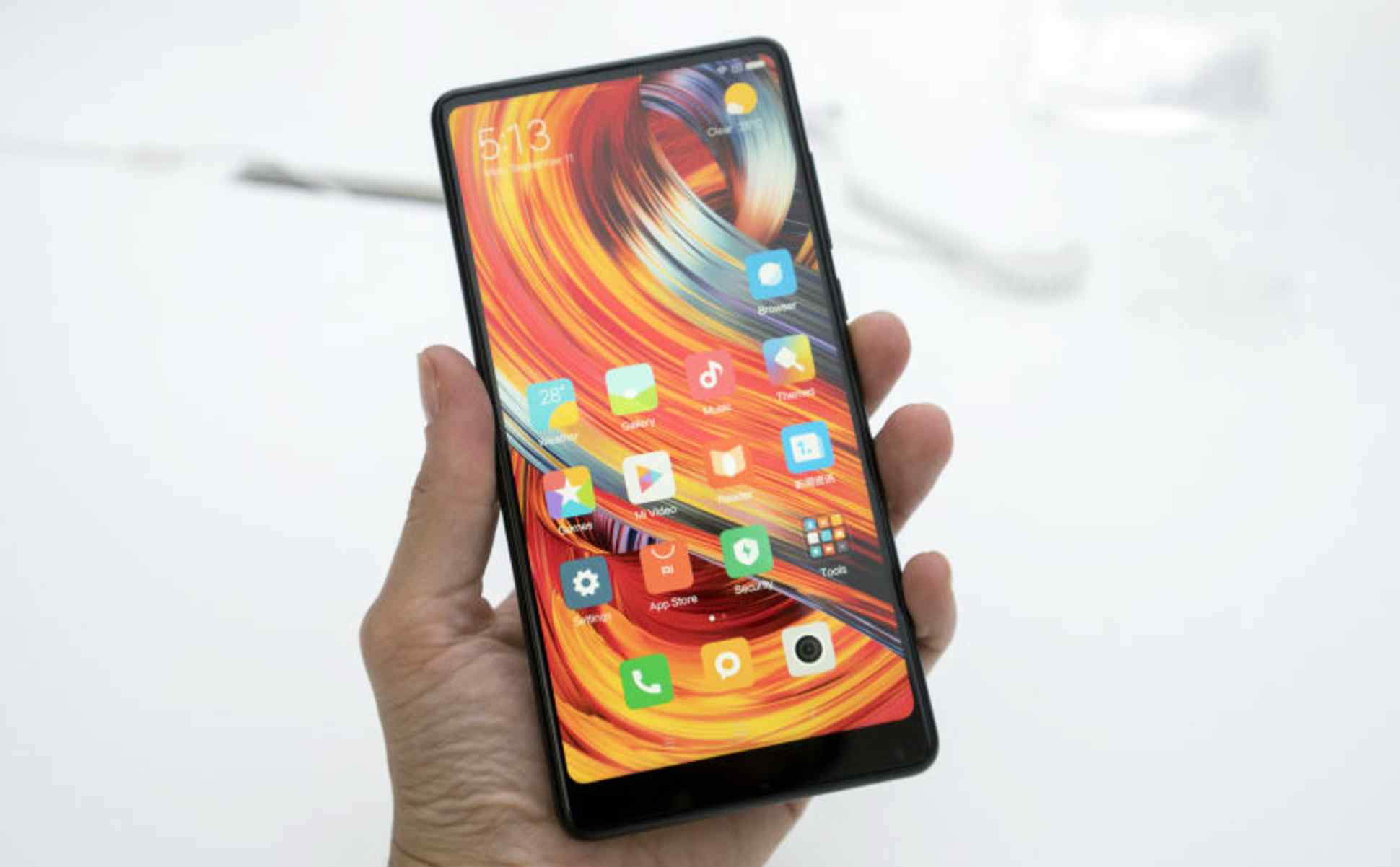 Chairman and CEO Lei Jun framed the Mi Mix 2 as superior to Apple's offerings, as he spoke to a crowd of about 3,000 in the gymnasium of a Beijing university. A massive screen behind him contrasted the premium phone's specifications with those of the iPhone, new models of which are set to be announced Tuesday.

The Mix 2's boldest feature is a liquid crystal display panel that stretches nearly to the edges of the device's face, keeping the bezel -- or frame -- to 1mm or less except on the lower side. This design feat employs new LCD technology from Japanese parts maker Japan Display. The speakers and other features were retooled to enable the design.

A new camera from Japanese electronics conglomerate Sony will capture higher-resolution images. Improved technical aspects such as processing speed give the Mix 2 an edge in gaming and other uses. Yet it will cost 3,299 yuan ($500), far less than offerings from competitors like Apple and South Korean powerhouse Samsung Electronics.

Back on the horse Xiaomi CEO Lei Jun showed off the bezel-less Mi Mix 2, geared to outdo Apple's iPhone, in Steve Jobs-like style before an audience of 3,000.

Xiaomi, founded in 2010, is a maker on the rise. Lei has been likened to a Chinese Steve Jobs, the late Apple CEO, for his manner of dress and overall style at news conferences.

Smartphones make up the nucleus of Xiaomi's product ecosystem, which includes devices that work in tandem with the handhelds -- such as flat-panel TVs, scales and air conditioners. In July, the company launched an artificial-intelligence-driven speaker that lets users control their internet-connected home appliances via voice.

Xiaomi entered the top three for Chinese smartphone sales in 2015, claiming a 14% market share on a shipment basis. But competition intensified as the market's growth dulled and domestic rivals like Huawei Technologies and Oppo soared, slashing Xiaomi's share to the 8% level in 2016. The company aimed for a revival with the launch of the first Mix smartphone in autumn 2016 and landed a hit. Its share rebounded to 11.8% as of April-June this year, clambering past Apple to the No. 4 domestic spot.

The company also is hurrying to develop its overseas presence. Xiaomi has achieved a top-five spot by market share in 12 countries including India and Indonesia, according to Lei. The Mix 2 also boasts compatibility with communications standards in 226 countries and regions.

But Xiaomi cannot stage a full recovery without winning back its home market. The Mix 2 should be a strong contender against the iPhone, but smartphone shipments in the country this year are seen sliding 3.4% to 482 million, and the company contends with Chinese rivals as well.

The Mix 2 may sway fates beyond those of Xiaomi. Japan Display wants its new LCD panels to compete with organic light-emitting diode screens, which are gaining traction in the smartphone market but are pricier and in shorter supply than LCDs. The technology's maiden voyage aboard Xiaomi's new flagship may affect Japan Display's future as it undergoes business restructuring.