Critical stretch ahead for Ghosn's Nissan 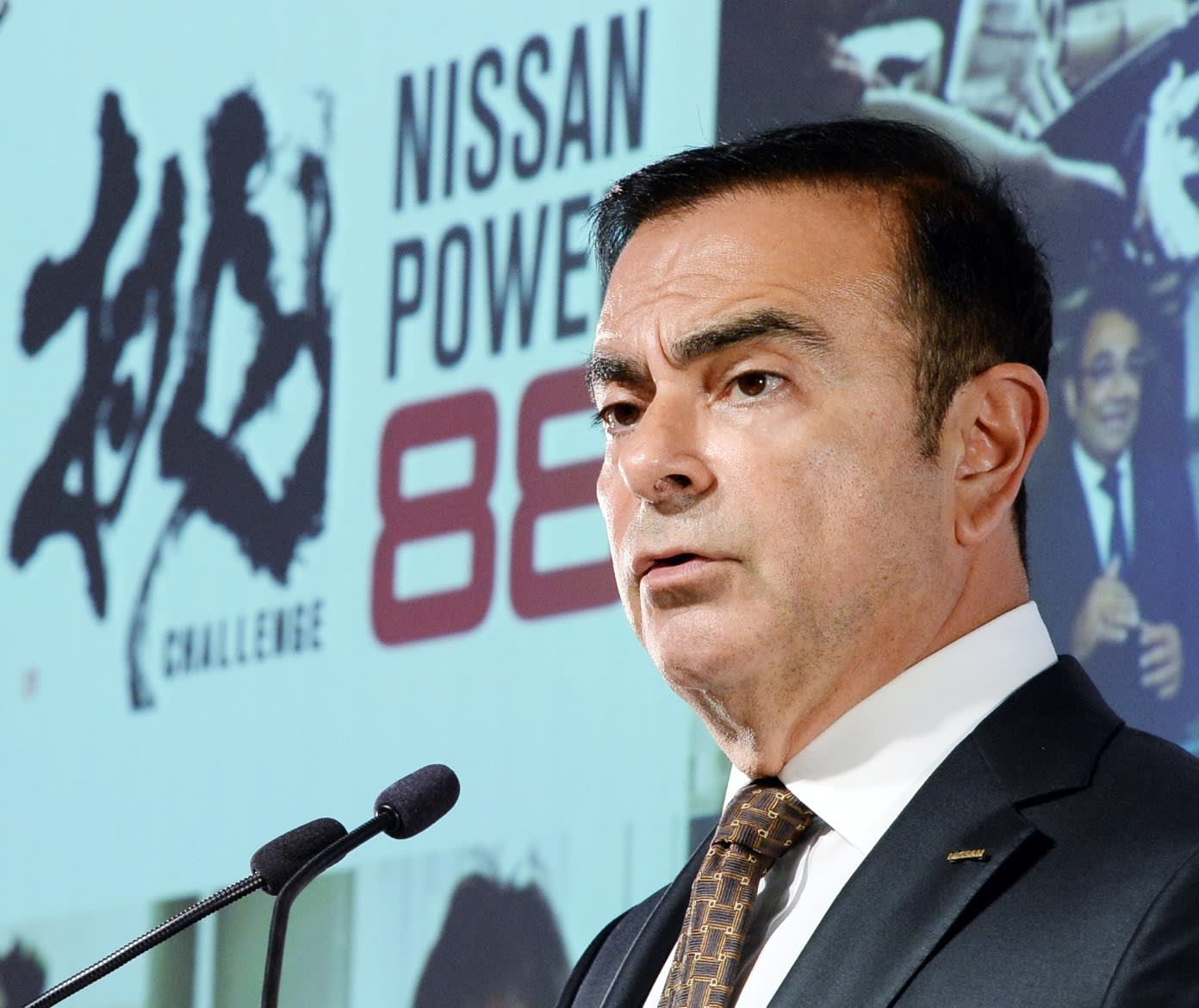 The Japanese automaker on Monday forecast a group net profit of 405 billion yen ($3.93 billion) for fiscal 2014, through next March. That would amount to a 4.1% increase on the year. Carlos Ghosn, Nissan's CEO, said the company will strive to boost its global market share to an all-time high of 6.7%. It will shoot for a profit margin of 5.7%, factoring in consolidation of joint ventures in China.

Under the company's "Power 88" business plan, its global market share and group operating profit margin are to be raised to 8% each. The current year represents the halfway mark for the plan.

Many analysts are skeptical. The past two fiscal years, Nissan has started out aiming high, only to lower its projections later. Some have come to doubt the power of Ghosn's so-called "commitment-based management." Nissan's CCO Hiroto Saikawa unveils a new Datsun sedan in the Indonesian province of West Java on May 8.

Last fiscal year, as Toyota Motor and Honda Motor were logging strong results, Nissan cut its earnings forecast due to a number of factors: quality issues in the U.S., delays in new car releases and ballooning costs from production capacity increases around the globe. Nevertheless, Ghosn is not backing down. He said Nissan's new figures reflect the lessons of the past and stressed he is confident in achieving them, barring sudden deterioration in business conditions.

Nissan does have a lot to look forward to. The company is set to introduce 10 new models, including those to be sold in emerging economies under the Datsun marque -- revived after a roughly 30-year hiatus. New plants in such places as Mexico, Brazil, Indonesia and China will also contribute to earnings.

Nissan foresees a group operating profit of 535 billion yen for fiscal 2014, up 7.4%, with sales rising 2.9% to 10.79 trillion yen. Though the company is bracing for a sales decline in Japan due to the consumption tax hike in April, it hopes to boost worldwide unit sales by 8.9% to a record 5.65 million vehicles. That would far outpace projected global market growth of 1.6%.

Despite the bullishness, there is also some cautiousness in Nissan's numbers. The operating profit projection of 535 billion yen is lower than the 610 billion yen Nissan targeted for fiscal 2013, prior to the downward revision.

Hiroto Saikawa, Nissan's executive vice president and Chief Competitive Officer (CCO), conceded the new targets are "by no means easy to achieve" but denied they are so aggressive that they carry the risk of another downgrade.

Nissan should benefit from the release of new models this year, as well as reduced expenditures on factory construction in emerging nations. Yet given concerns about such markets' growth prospects, the business climate is not looking particularly favorable.

All eyes on the boss

After the carmaker cut its projections for fiscal 2013, Ghosn made some significant changes to the company's management structure. This included abolishing the post of chief operating officer, then the No. 2 management position.

But this puts the boss on the hot seat. If Nissan fails to deliver on its commitment for a third time, Ghosn will have some hard questions to answer.