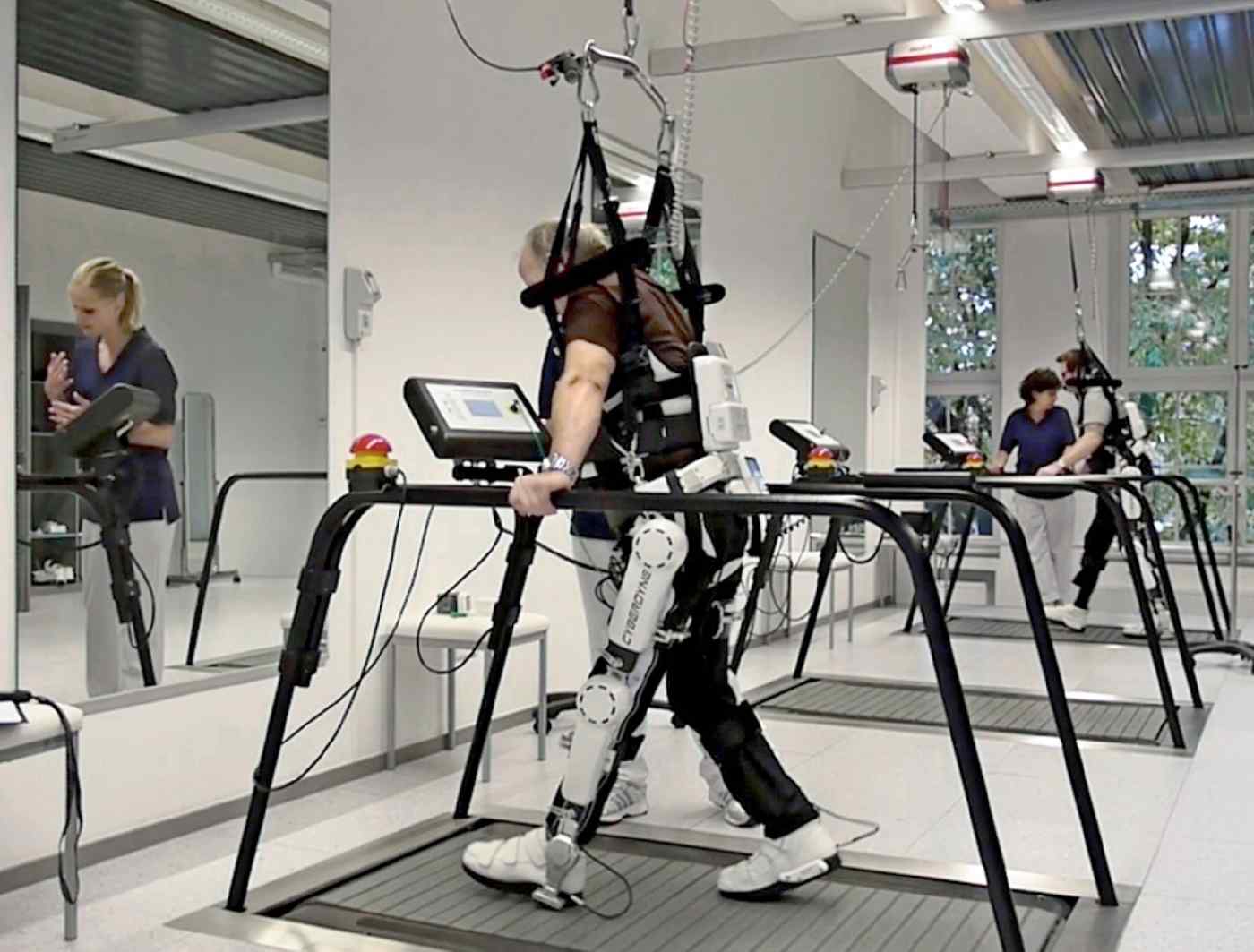 HAL for Medical Use, a robotic movement-assistance suit, is used for rehabilitation in Germany. (Photo courtesy of Cyberdyne)
November 16, 2014 00:00 JST | Japan
CopyCopied

The product, called HAL for Medical Use, is designed to help patients who have lost the ability to walk due to a stroke or spinal cord injury. Cyberdyne filed an application with the U.S. Food and Drug Administration on Friday, seeking approval to sell the wearable contraption in the country. Permission is expected to be granted as early as next spring.

Cyberdyne plans to set up a subsidiary in the U.S. to arrange rentals to hospitals, in partnership with insurance companies and other parties.

Cyberdyne sounded out the FDA about the need for a clinical trial, but the U.S. government agency determined that clinical data collected in Japan and Europe should be sufficient for the application.

HAL for Medical Use is available in two types -- for one leg and for two.

To induce movement, our brains send signals to our muscles through nerves. Cyberdyne says HAL for Medical Use detects these signals on the skin surface and conveys them to a motor at the relevant joint, compensating for the lack of muscle power and allowing the wearer to walk.

The U.S. accounts for about 40% of a global medical equipment market valued at over $250 billion. According to estimates, there are more than 6 million stroke patients and over 200,000 individuals with spinal cord injuries in the country.

European countries such as Germany last year became the first to approve HAL for Medical Use.