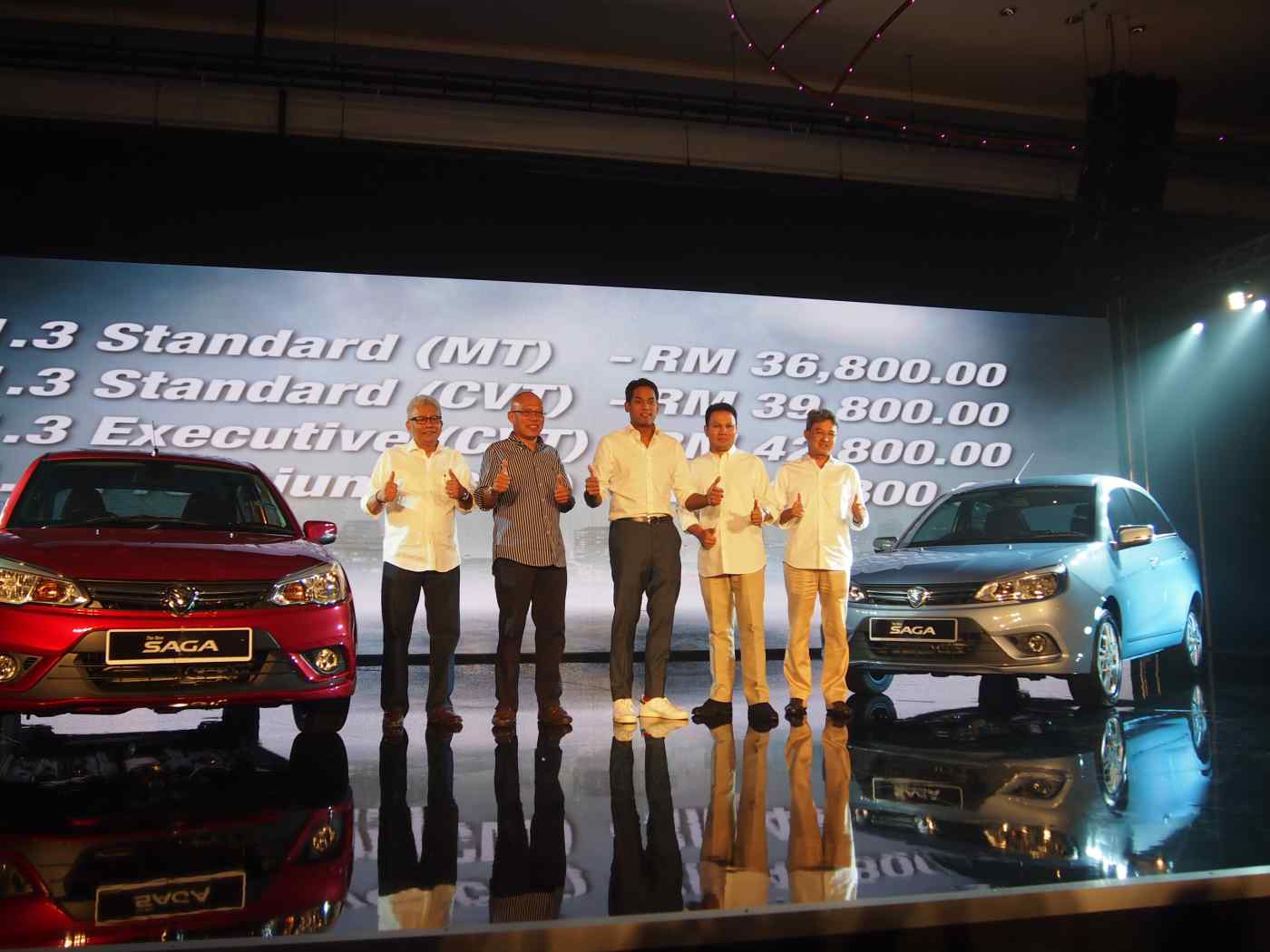 KUALA LUMPUR -- DRB-Hicom, Malaysia's largest automotive conglomerate, said on Wednesday it plans to retain a sizeable shareholding in Proton Holdings, a wholly-owned subsidiary presently in search of a foreign partner.

In exchange for a 1.5-billion ringgit ($362 million) government soft loan to turn the ailing Proton marque around, DRB-Hicom was instructed to find a foreign automaker to invest in Southeast Asia's only indigenous carmaker. Five companies that have shown interest are under review.

DRB-Hicom will remain a substantial shareholder of Proton "without a doubt", Syed Faisal Albar, the company's group managing director, told reporters at the launch of Proton's latest Saga model. Albar stopped short of revealing if it will remain the majority shareholder, and said new possible shareholding structures are "still up in the air". A decision on the new partner is expected not later than March 2017.

The Proton Saga, Malaysia's first national car, was launched in 1985 and over 2 million units have been sold since. The third-generation, 1.3-liter model launched on Wednesday is slated to sell at least 5,000 units monthly.

"Today is the turning point where the future of Proton turns in our favor," said Albar at the launch. Priced between 36,800 ringgit and 45,800 ringgit, the three variants are the cheapest cars available in their category.

Proton was launched as a pet project of Mahathir Mohamad, Malaysia's longest-serving prime minister, but has seen its market share collapse from over 70% to 17% today in the face of intense competition and quality deficiencies.