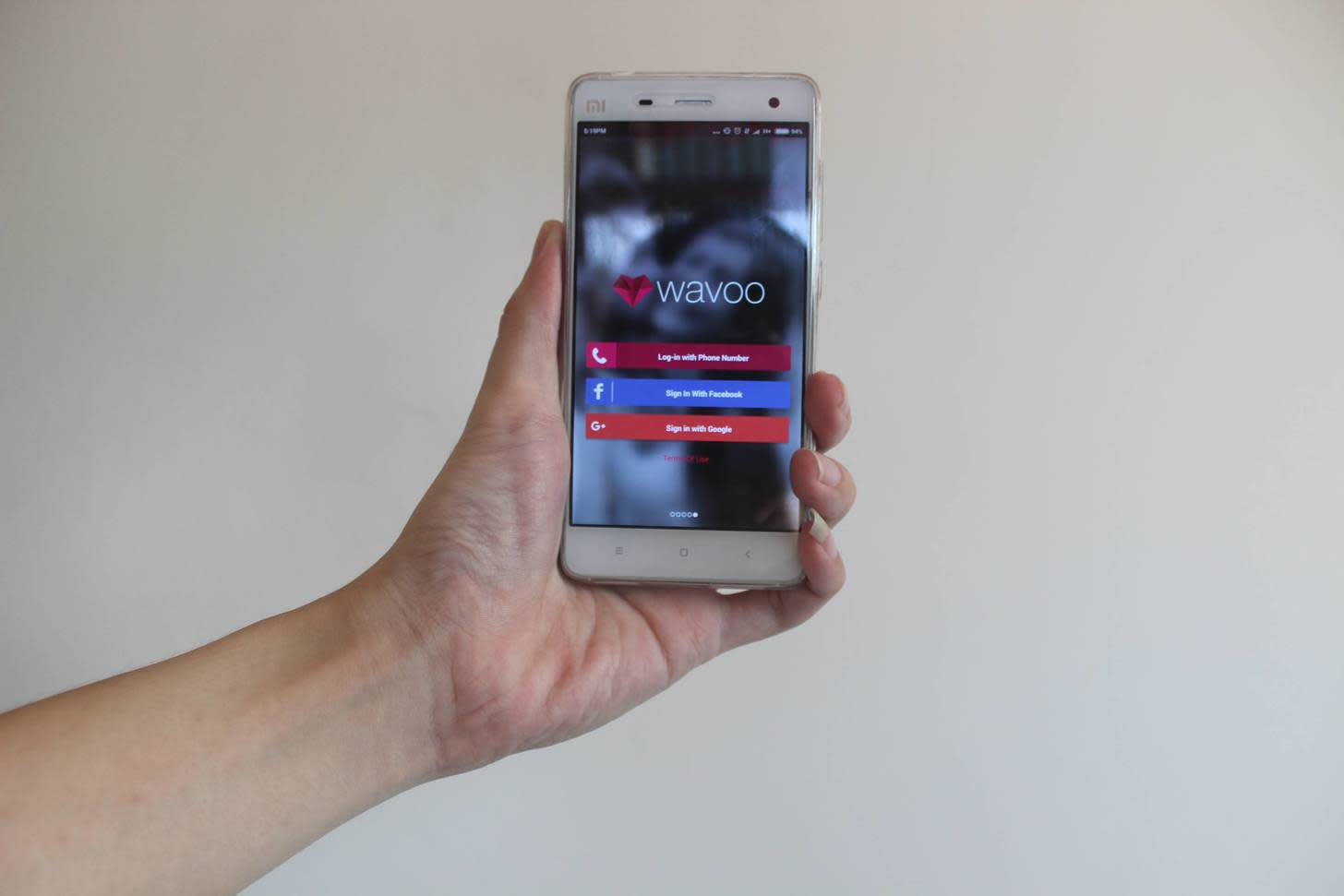 JAKARTA -- Indonesia is turning into an important battleground for dating apps, thanks to its large population of young internet users and the potential for growth. Local startups such as Wavoo and Setipe are facing off against foreign apps like Gather and Tinder from the U.S., Spotted from Germany and Singapore's Paktor, all of which are targeting the Indonesian market.

According to the Association of Internet Service Providers in Indonesia, the country has roughly 100 million internet users, a 40% penetration rate of the population of about 250 million. Indonesia also has 65.2 million smartphone users, a figure that is projected to grow to 92 million by 2019, according to research firm eMarketer.

Executives at dating app startups and some investors are bullish about the prospects for the industry, in which they see a vast potential market.

Domex Mandey, CEO of Wavoo, estimates there are more than 35 million Indonesian internet users in the 18-to-32-year-old age group -- the primary target for online dating players. And Setipe CEO Razi Thalib said of that 35 million, there is a total addressable market of 27 million singles who are online.

Adrian Li, managing partner at venture capital firm Convergence Ventures in Jakarta, said, "If we assume 40% of [Indonesia's total] population is within the 18-to-35 range, and 50% of them are single, that's 50 million singles." Li, whose firm is an investor in Paktor, estimates that the industry in Indonesia will eventually be worth between $500 million to $1 billion in annual revenue.

Andrias Ekoyuono, vice president of business development at Jakarta based Ideosource, said that most Indonesians will not need specific apps for dating or making new acquaintances. "Unlike in the U.S. or other countries, we are not afraid to accept strangers to be our friend in Facebook ... and having follow-up conversations with them on messenger apps," he said.

Another obstacle, Ekoyuono said, is the psychological barrier that those who are using dating apps are considered by their peers to be "undesired singles." While Ideosource has not yet invested in a dating app startup, it remains open to the possibility.

Thalib said that perceptions such as undesirability will change with the growth of more serious apps. "As soon as people realize the basic premise that the internet is a social access tool ... [that will make] it easier for them to imagine the possibility of finding a date partner online."

Mandey is optimistic that Indonesians will gravitate toward dating apps, despite the country's traditional social conservatism and Islamic influence. "I personally think today's dating apps are well received compared to three to four years ago," he said. Mandey notes that customers use the app not only for dating but to make friends.

The moves are paying off, said Mohammad Fahmi, a dating app user. He said that parents today are the ones that often suggest to their children that they use the internet to find a suitable mate.

Wavoo and Setipe are free, while Gather offers "freemium" services, in which users can purchase virtual balloons, at roughly $2 for 10, and use them to participate in offline gatherings hosted by other users via the app.

The challenge of monetization

Since it launched a year and a half ago, Wavoo has gained more than 300,000 monthly active users across Indonesia. Setipe, which requires all members to answer more than 100 psychological questions during the registration process, said it records over 500,000 visits a month, with about 50,000 to 100,000 active members every month. Gather, meanwhile, said it has 100,000 monthly active users in Indonesia, most of whom live in Jakarta.

While the traction of the startups is encouraging, the next big challenge in the online dating space is proving that these companies can build successful business models in Indonesia.

Thalib said the nascent market may not be mature enough yet to monetize nontangible services. "Social media related services are seen as something that should always be free," he said, adding that many users "tolerate advertising and concede that it's fine as long as service remains free."

Thalib is betting that sustainable monetization for the next few years may require an online-to-offline play, in which dating app startups that generate healthy user retention rates use their influence to sell offline services.

The traditional monetization model for dating apps -- high value monthly subscriptions, a successful model used in more mature markets like the U.S.  -- will not work in Indonesia, according to Li. For one thing, Indonesia has a very low credit card penetration rate. As of April, the country had fewer than 17 million issued credit cards, with even fewer card owners , according to Indonesia's central bank. Gather is targeting the Indonesian market. (photo by Enriko Lukman)

The dating app startups see themselves offering services beyond online dating in the long run.

As an online matchmaking platform based on psychological compatibility, Setipe is leaning toward a freemium model with a pay-as-you-go option that allows members to access more matches and use more psychology-based tools. The company plans to expand eventually beyond online dating into a platform that enables offline matchmaking and couple services, as well as potentially moving into other industries outside of dating.

Gather uses a hyper-location mechanism that allows users to discover people they have met offline. The company recently rolled out a service that allows users to hold on-demand meet-ups with nearby users. This is a business model that Gather employs, as users are required to spend in-app currency, called balloons, to participate in offline meetups hosted by other users.

Yang said that Gather will launch more on-demand services through the app. The company is also working on a business bot, which would let users buy online deals and vouchers using the app.

One app to win them all?

The startups agree that there will not be just one winner in the online dating space. "Dating is similar to social media in that there is room for multiple players, because users are very open to niche services ... and most users access multiple services at a time," Thalib said.

The companies also agree that they are not competing head-to-head with each other, since they are serving different niches. In some cases, they are learning from each other to validate ideas.

Mandey believes that Indonesian startups have the advantage over foreign players when it comes to localizing their products' approach to better suit the users. He said that it is easier for a local startup to adapt to Indonesians'  tastes, while international players have to concentrate on an all-purpose app that suits users in many countries, which limits their flexibility.

It also is easier for local dating apps to do marketing in Indonesia. Since Facebook and Instagram do not allow ads about online dating products, local players have the capability to drive cheaper marketing campaigns in Indonesia. For instance, local apps can use offline marketing campaigns, or create online campaigns that are more suitable to local culture. Still, many Indonesians believe that overseas products are simply better than the locally made ones, including apps.

Companies say that eventually there will be room for only one player in each niche service. Yang predicts that there will eventually be one big winner and a few much smaller but profitable dating startups.

Li offers a similar assessment. "It's likely that the online dating scene will resemble that of a more mature market like China or the U.S., with two to three leading players that serve the majority of the market," he said.