ANA to combine 2 budget carriers by 2020 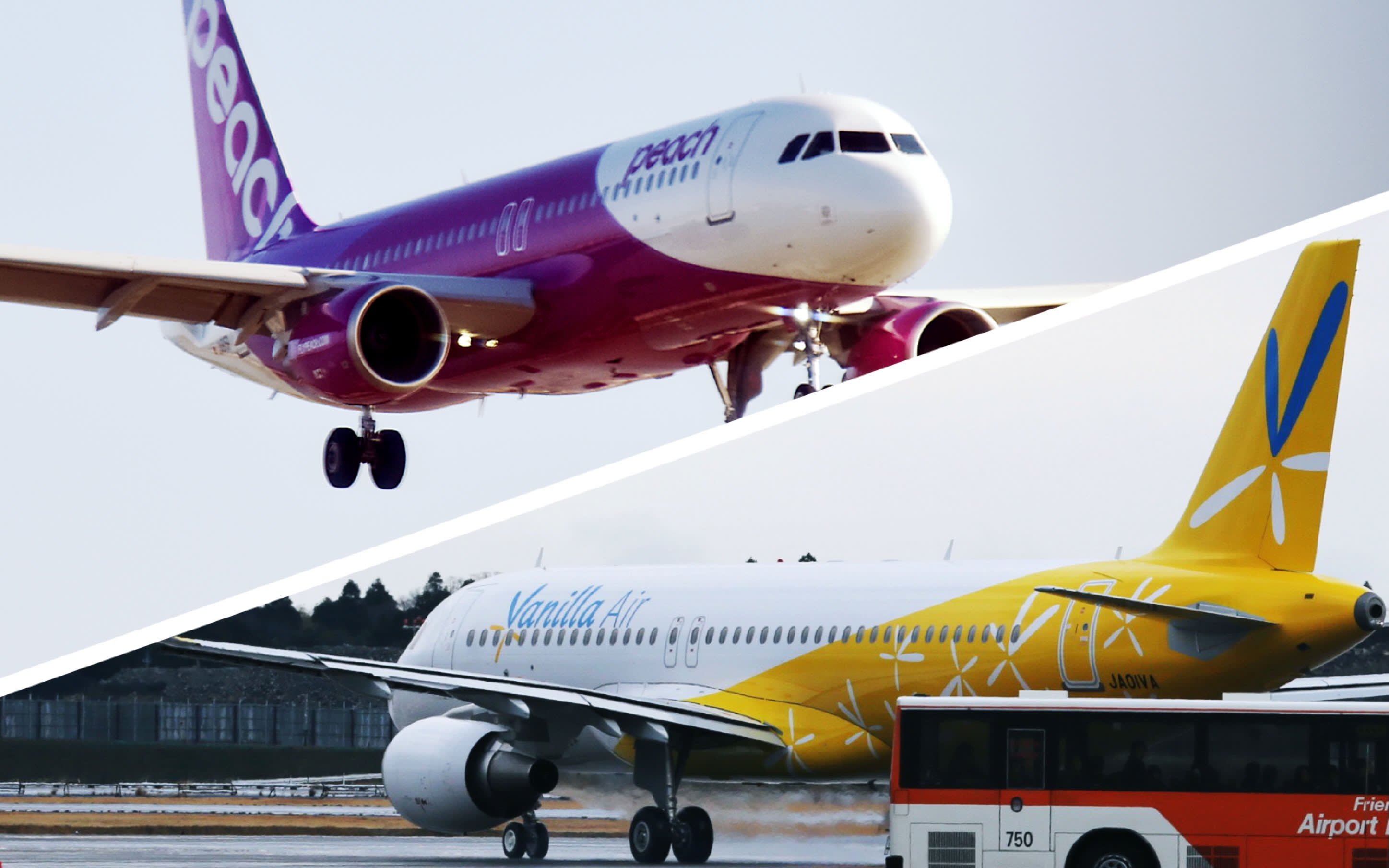 TOKYO -- Japanese airline group ANA Holdings has decided to consolidate a pair of budget carriers under its wings by 2020 to create a more robust organization better positioned to compete in the growing Asian market.

Details of how they will be combined will be settled later, but the Peach brand is expected to survive.

Asian aviation demand is forecast to grow more than 5% a year over the next two decades.  Big budget carriers in the Asian-Pacific market, such as Australia's Jetstar group and Malaysia's AirAsia group, turn in annual sales equivalent to between 200 billion yen and 300 billion yen.

Through confronting cost and other issues, consolidating Peach and Vanilla will let ANA take on the international competition and tap more Asian demand.

International destinations served by Japanese budget carriers are limited to South Korean and Taiwanese cities as well as a handful of Southeast Asian locations. ANA plans by 2020 to establish medium-distance routes with seven- to nine-hour flights employing long-range smaller aircraft. This would put destinations like India within range.

Because Peach manages many international flights to East Asia, the Peach name will be retained for developing the broader market.

Owing to the global shortage of pilots and airline maintenance crew members, jobs at both airlines will be maintained after the merger. Peach and Vanilla will also be able to share pilots, since both fly Airbus A320 planes.

ANA aims to double budget segment sales in fiscal 2022 from forecasts for this fiscal year. Peach, in particular, has streamlined airport and maintenance operations since 2012, considered the first year for budget carriers in Japan. By boosting the price-competitiveness and earnings through the merger, ANA hopes to gain a wider lead on domestic rival Japan Airlines, which has a 30%-plus stake in Jetstar Japan but has yet to fully enter the budget carrier business.