Amazon partners with Bollywood for Prime push in India 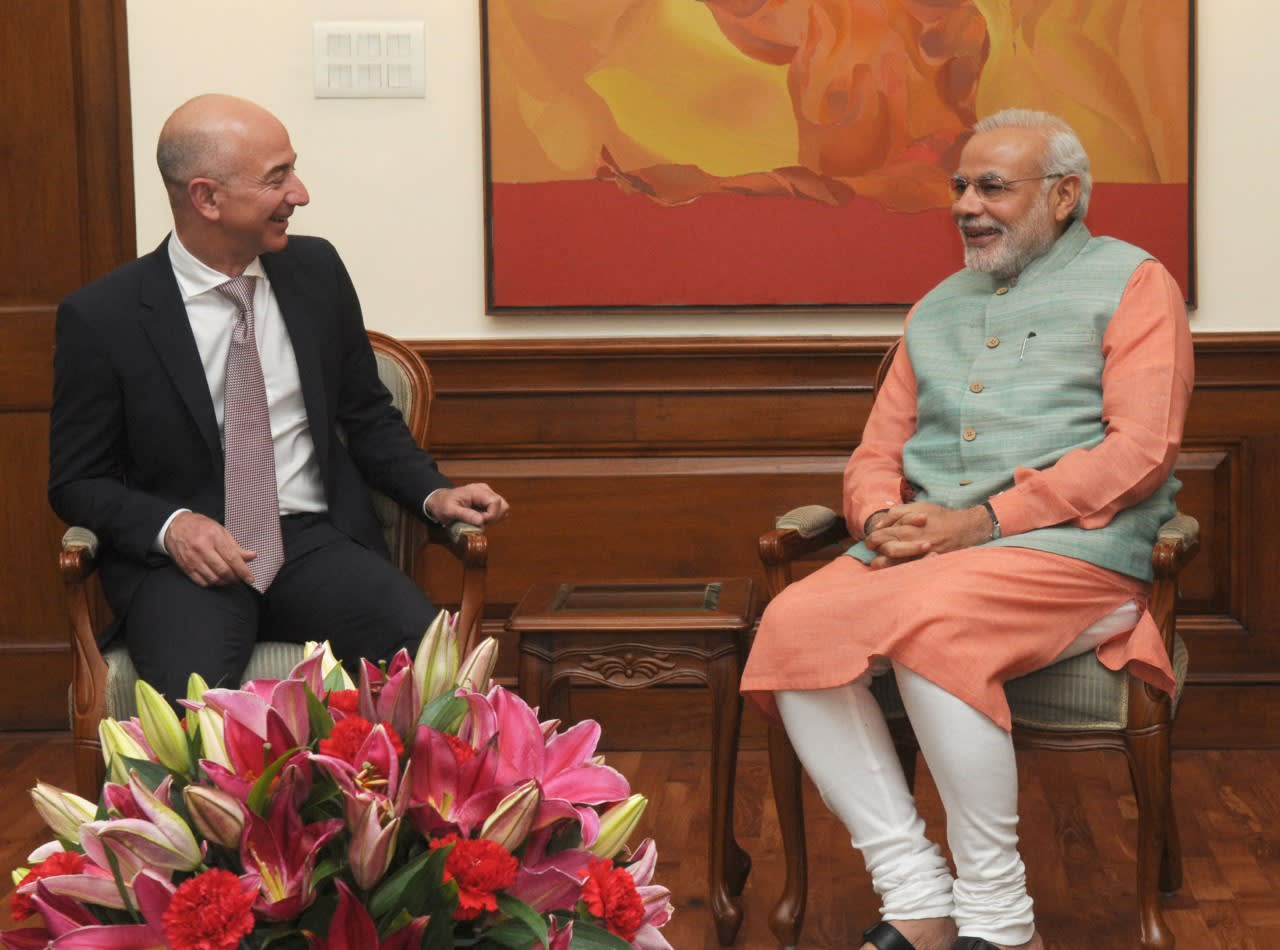 NEW DELHI -- Amazon is going full throttle to expand operations in India, where the e-commerce giant has begun teaming with Bollywood production houses to offer popular flicks on its digital streaming platform, expected to launch soon in Asia's third-largest economy.

The U.S.-based online marketplace says the Prime Video platform will feature Amazon original series and movies, plus premium films and television shows from Indian and global content providers. Amazon in late July rolled out its Prime membership program in over 100 cities in India offering benefits such as one- and two-day delivery on hundreds of thousands of products as well as 30 minutes of early access on top deals.

Existing Prime members in India will have exclusive access to select blockbusters from Dharma Productions such as "Student of the Year," "Kal Ho Naa Ho" ("There May or May Not Be a Tomorrow"), and "Agneepath" ("The Path of Fire"), all of which will be available for unlimited streaming, Amazon said.

Analysts say acquiring quality, popular content will help increase the Prime membership base, amid reports that Amazon also is in talks with several other Bollywood production houses and is bidding for digital rights to broadcast the Indian Premier League cricket extravaganza.

The value of the deal with Dharma Productions has not been made public. "Dharma content doesn't come cheap. You have to shell out top dollar," said Vineeta Dwivedi, a senior media consultant based in Mumbai.

"We are excited to have Dharma Productions' library and future slate of titles for the upcoming launch of Prime Video," said Nitesh Kripalani, director and country head of Amazon Video India.

Dharma Productions CEO Apoorva Mehta said the company has kept "a close eye on the explosion of digital media and the increased consumption trends of Bollywood content on video-on-demand and [over-the-top] platforms." He expressed confidence that partnering with "a credible brand like Amazon will go a long way in ensuring that our content will not only be seamlessly streamed, but will also see a huge demand from users of Prime Video."

In the digital media sphere, Amazon will be competing with entertainment companies such as Netflix, which entered India early this year, and Hotstar, a video streamer owned by Star India, a subsidiary of 21st Century Fox.

Netflix, seeing huge growth potential in the country, announced in June an original series based on Indian author Vikram Chandra's best-selling novel "Sacred Games." The series will be made both in English and the local Hindi language, the company said. The series will be produced in partnership with India's Phantom Films and be available to Netflix members globally upon completion. Netflix also plans an original comedy special featuring Indian actor-comedian Vir Das.

But analysts doubt whether the paid subscription model will work in India, a country of 1.25 billion where people can access around 200 television channels via cable for less than 300 rupees ($4.52) a month. "I'm skeptical [about the success of video streaming platforms]," Dwivedi said, noting that the Indian public tends to seek services that are free.

"That's why Reliance Jio is offering free [lifetime voice calls] and an introductory no-charge data usage," she said, citing the telecom arm of Reliance Industries, which launched its 4G broadband service this month. "In America, people are hooked to Netflix as they don't mind paying subscription, but in India things are different."

Jeff Bezos, founder and chief executive of Amazon.com, had said July 28 that Prime Video "is coming soon" in India. "The team in India is inventing at a torrid pace, and we're very grateful to our Indian customers for their welcoming response," he said.

Amazon's main rivals in India's booming but highly competitive e-commerce sector are homegrown Flipkart and Snapdeal. Citing third-party reports, the company said Amazon.com was the most visited e-commerce site and the most downloaded mobile shopping app in India in the second quarter ended June 30.

In June, Amazon announced plans to pump an additional $3 billion into its Indian business, raising the total investment commitment in the country to $5 billion.

India's e-commerce revenue is expected to quadruple from $30 billion in 2016 to $120 billion in 2020, with a world-leading annual growth rate of 51%, a joint study by the Associated Chambers of Commerce & Industry of India and consulting firm Forrester found. The growth is driven by "a young demographic profile, increasing internet penetration and relative better economic performance," the study said.