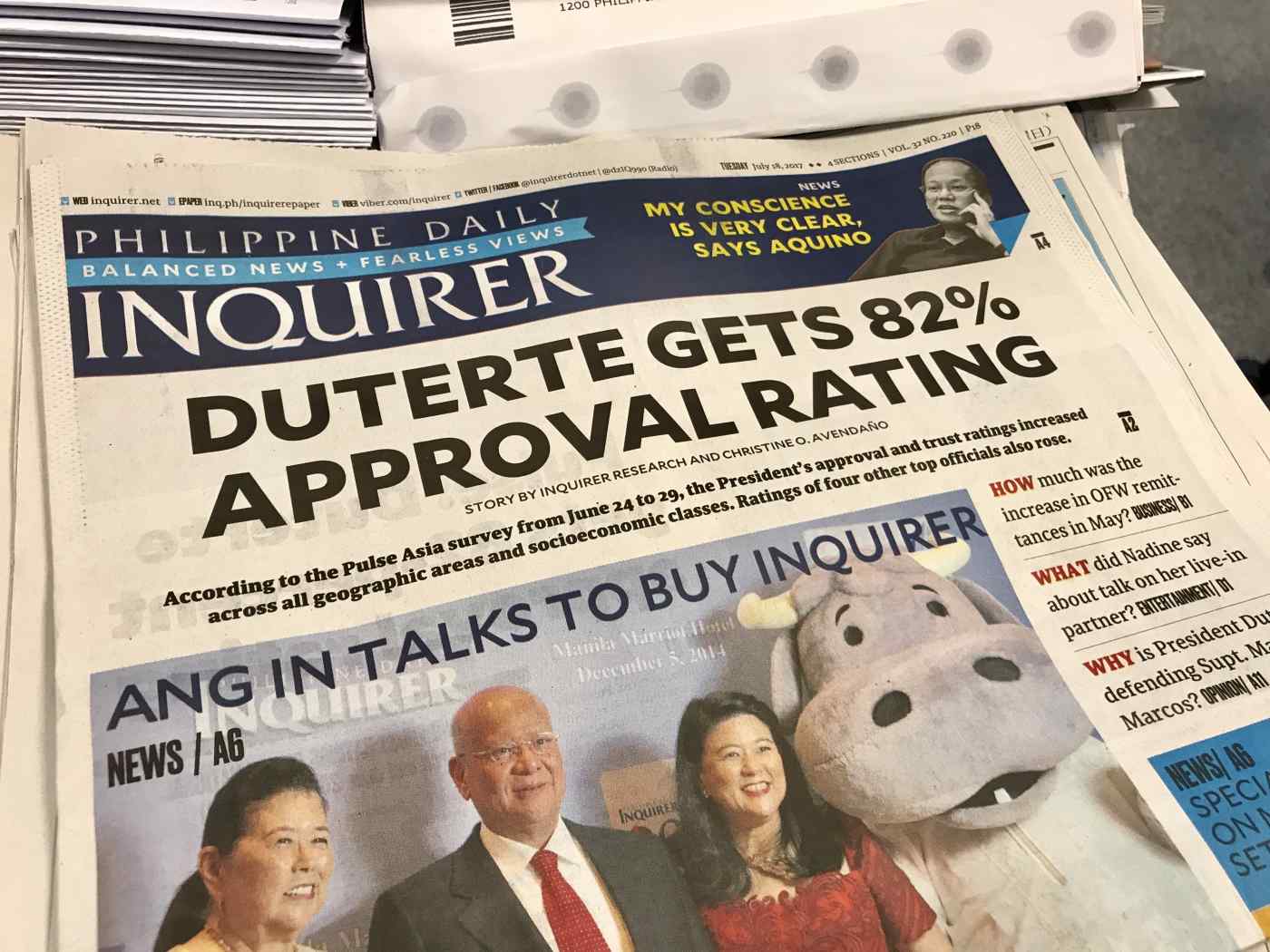 Ang, the president of diversified conglomerate San Miguel, is to acquire the majority stake held by the Prieto family, the newspaper reported on Tuesday. The family's move to divest after 25 years is a "strategic business decision that it believes will maximize growth opportunities for the Inquirer group," the media group said.