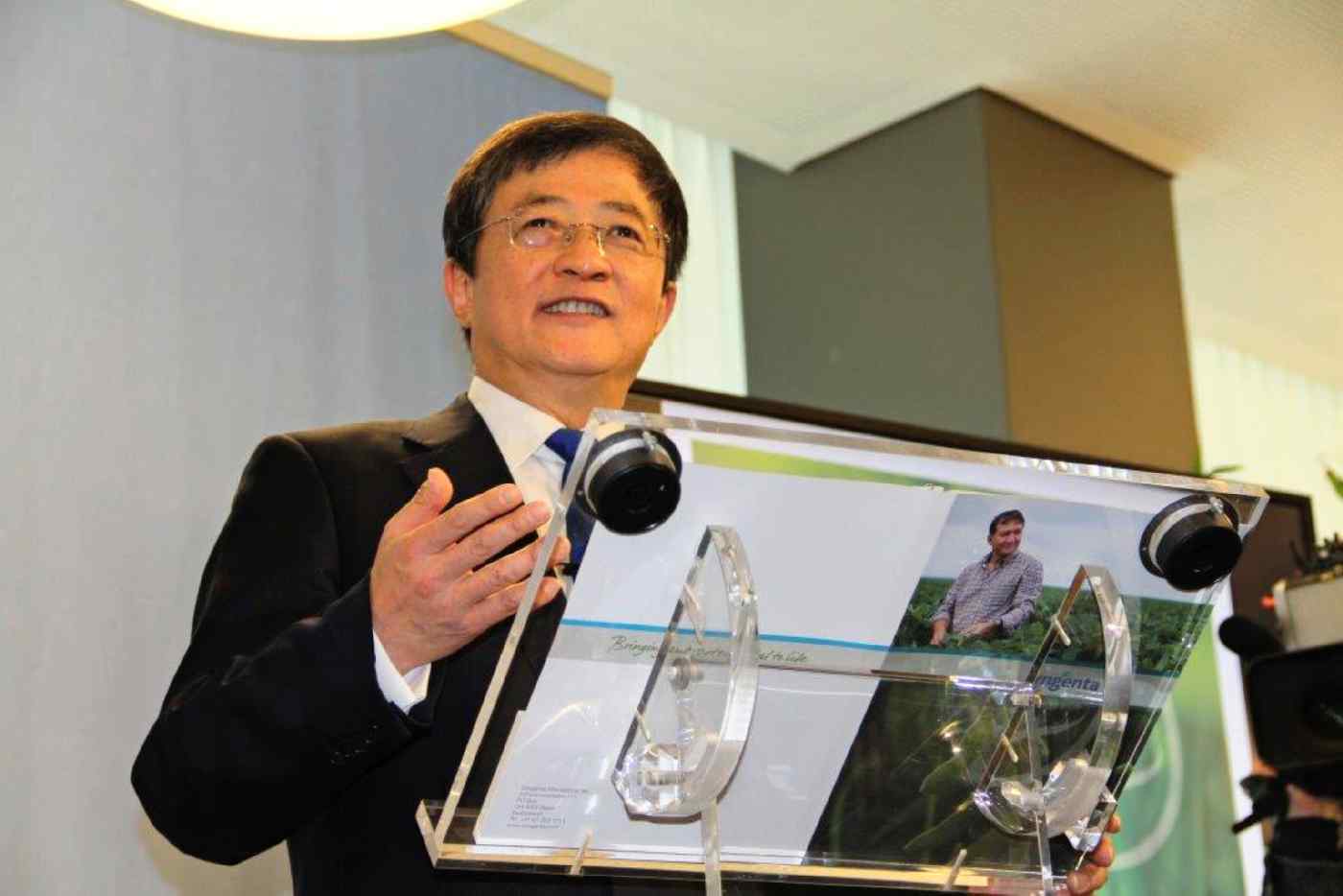 FRANKFURT, Germany -- The purchase of Switzerland's agrochemical maker Syngenta by China National Chemical, or ChemChina, has sent shock waves through the industry.

The $43 billion deal, the biggest-ever overseas acquisition by a Chinese state-owned company, will shake up the agrochemical and seeds market that has hitherto been dominated by the "Big 6" U.S. and European manufacturers, giving ChemChina access to cutting-edge agro chemical and genemodification technology.

"Because I was sent to the countryside when I was 15 years old, I am very familiar with what farmers want," said ChemChina Chairman Ren Jianxin at a press conference announcing the deal at Syngenta's headquarters in Basel, Switzerland on Feb. 3. "While Chinese remain reliant on traditional farming methods, we want to spread Syngenta's integrated solutions," Ren said.

Throughout the news conference, Ren smiled and exuded an air of confidence about the purchase. The deal "is focused on growth globally, specifically in China and other emerging markets, and enables long-term investment in innovation," Syngenta Chairman Michel Demare expressed in the conference.

Syngenta is the world's largest player in the agrochemical industry, ahead of Germany's Bayer. Recently, the Swiss company has been building up its seed business, particularly genetically modified varieties, by acquiring a Belgian company that is strong in rice, for example. It now own the rights to thousands of seed varieties.

But Syngenta accepted ChemChina's buyout offer to finance further expansion, including research and development programs. A focus of the R&D effort is to deal with water and soil pollution, as well as tougher global rules on biodiversity.

The desire for growth is also fueled by the spread of free trade agreements. As agricultural markets open up, big companies will have an advantage in meeting stiffer regulations on food safety, said Liam Condon, CEO of Bayer CropScience, a Bayer subsidiary.

China and other countries in Asia have a large number of companies making cheap, generic agrochemicals. Many producers are nervous about U.S. and European companies setting up R&D centers in the region.

ChemChina drew headlines last year with its purchase of Italian tire manufacturer Pirelli. But its strategic acquisitions started earlier. It bought Israel's ADAMA, the largest maker of generic agrochemicals, in 2011. The Syngenta buyout is the latest move in its drive to bulk up.

With the Syngenta deal, sales of agrochemicals and seeds at ChemChina will reach the $18 billion level, based on the two companies' results in 2014. That would top market leader Monsanto of the U.S. and put its agrochemical and seeds business on roughly equal footing with the total of their business of U.S. chemical makers Dow Chemical and DuPont, which have agreed to merge. ChemChina's products will span the range from generic to high-technology agrochemicals.

The latest forecasts put the world's population at 9 billion by 2050, and the amount of land available for food production is expected to decline.  The United Nations Food and Agriculture Organization (FAO) estimates food production must rise 70% by 2050 to meet the needs of this growing population.

China must make its farms more efficient using advanced agrochemical and seed technologies to meet the explosive growth in demand for food. That demand has been a source of global food problems and ChemChina's acquisition of Syngenta, if approved by regulators, will put it in a position to offer solutions.

Some European officials have questioned whether Chinese companies can make proper use of gene modification technology. Worries about food security and appearance of mega agrochemical company could throw a roadblock in the antitrust approval process.