TOKYO -- Plans to list shares of Saudi Aramco, the world's biggest oil producer, have taken a new twist in recent weeks with talks of selling shares directly to China or other institutional investors first -- rather than going to the stock exchange -- emerging as a potential option.

Adding to the uncertainty is the anti-corruption crackdown being carried out by Crown Prince Mohammed bin Salman, in which a number of influential princes and senior officials have been implicated, including an Aramco board member who has been arrested.

The Aramco initial public offering forms the centerpiece of Vision 2030, a blueprint for economic and social reforms meant to diversify and re-energize Saudi Arabia's oil-dependent economy. The proceeds from the sale are to be used to foster domestic industry and create jobs.

The plan is to sell a combined total of around 5% of Aramco shares next year on the Saudi Stock Exchange, or Tadawul, and an overseas bourse.

Prince Mohammed expressed his enthusiasm to sell Aramco shares early last year, and has stated that the company should be valued at $2 trillion or more, putting a price tag of $100 billion on a 5% stake. That would entail the largest IPO in history, dwarfing the previous record of $25 billion raised by China's Alibaba Group Holding.

The stock exchanges of New York and London, which could offer the two biggest pools of capital, have been lobbying to host the listing, along with Tokyo, Shanghai and Hong Kong -- the latter would present the least amount of regulatory hurdles.

U.S. President Donald Trump has strongly advocated a U.S. listing. "I just spoke to the king a little while ago, and they will consider it," he told reporters on Nov. 5.

But with 2018 just around the corner and so few details emerging, there is speculation that the process is being held up by internal debate within the Royal Court. With oil prices at relatively low levels, many feel that a $2 trillion valuation is overly ambitious and a more sensible tack would be to hold fire -- or find another option.

Moreover, meeting the regulatory requirements for an IPO on an exchange like London or New York is far from a straightforward process, and the upheaval caused by the crackdown leaves the crown prince with little time to spare.

In mid-October, Reuters revealed that Chinese state-owned oil companies PetroChina and China Petroleum & Chemical (Sinopec)  had written to Saudi Aramco to express an interest in making an outright purchase of the 5% stake.

The rationale for Saudi Arabia is to try and secure a guaranteed price for the first slice of Aramco, rather than leaving it to the lottery of the stock market. In addition, it presents the opportunity to pull in the world's largest oil importer as a long-term customer just as the future for oil becomes more uncertain. 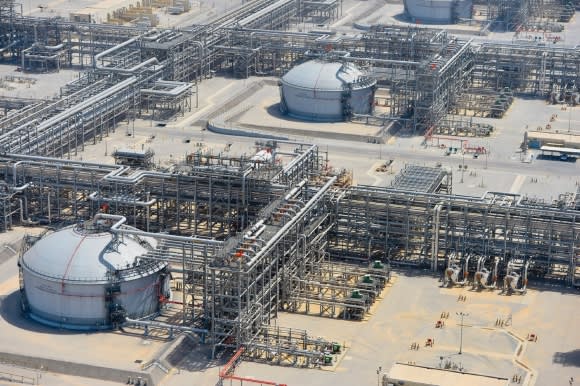 Saudi Aramco, Saudi Arabia's state-owned oil company, enjoys low production costs that give it an advantage over its competitors in other parts of the world.   © Reuters

For Beijing, the carrot is a stable, long-term supply of oil. China has been diversifying its sources but is uncomfortable with the idea of becoming too dependent on geopolitical rival Russia.

Talk of the China option has its roots in the high-profile visit to Beijing made by Saudi Arabia's King Salman in March, during which he signed a raft of deals worth $65 billion. In addition to bilateral energy projects, the two countries discussed possible investments in Aramco by China National Petroleum Corp. and Chinese sovereign wealth fund China Investment Corp.

Whereas a delay in the stock flotation could hamper progress on Vision 2030, failure to raise the funds required by Prince Mohammed would put the reform plan in jeopardy.

China's oil consumption will peak around 2025 to 2030, according to Mika Takehara, a senior researcher at Japan Oil, Gas and Metals National Corp. "Wider use of electric vehicles may or may not cause the oil consumption peak in China to arrive a little earlier," Takehara said. But, she added, "Because the over 100 million gasoline-powered cars that have already been sold in China will continue to need fuel, it is vital for the country to secure a stable source of oil." With a market value estimated at $2 trillion, the Aramco IPO would be the largest in history.   © Reuters

Beijing is keen to promote electric vehicles to cut its oil bill and clean up its dirty air. Ironically, however, the global shift to electric vehicles could help solidify the Middle East's status as the world's leading crude supplier.

Saudi Arabia's oil lies under sand, which makes it easier to extract than, say, oil beneath thick ice or under the seabed. This gives it a big cost advantage over rivals such as Russia and the U.S. The break-even price for U.S. shale-oil producers is said to be around $50 a barrel; in Russia it is about $40. Saudi Arabia can still turn a profit even if crude prices drop to around $10.

As the world's energy mix becomes more diverse, driven by the shift to electric cars and alternative energy more broadly, low-cost oil producers like Saudi Arabia will have an edge. China's mooted investment in Aramco would be a big bet on this low-cost crude. 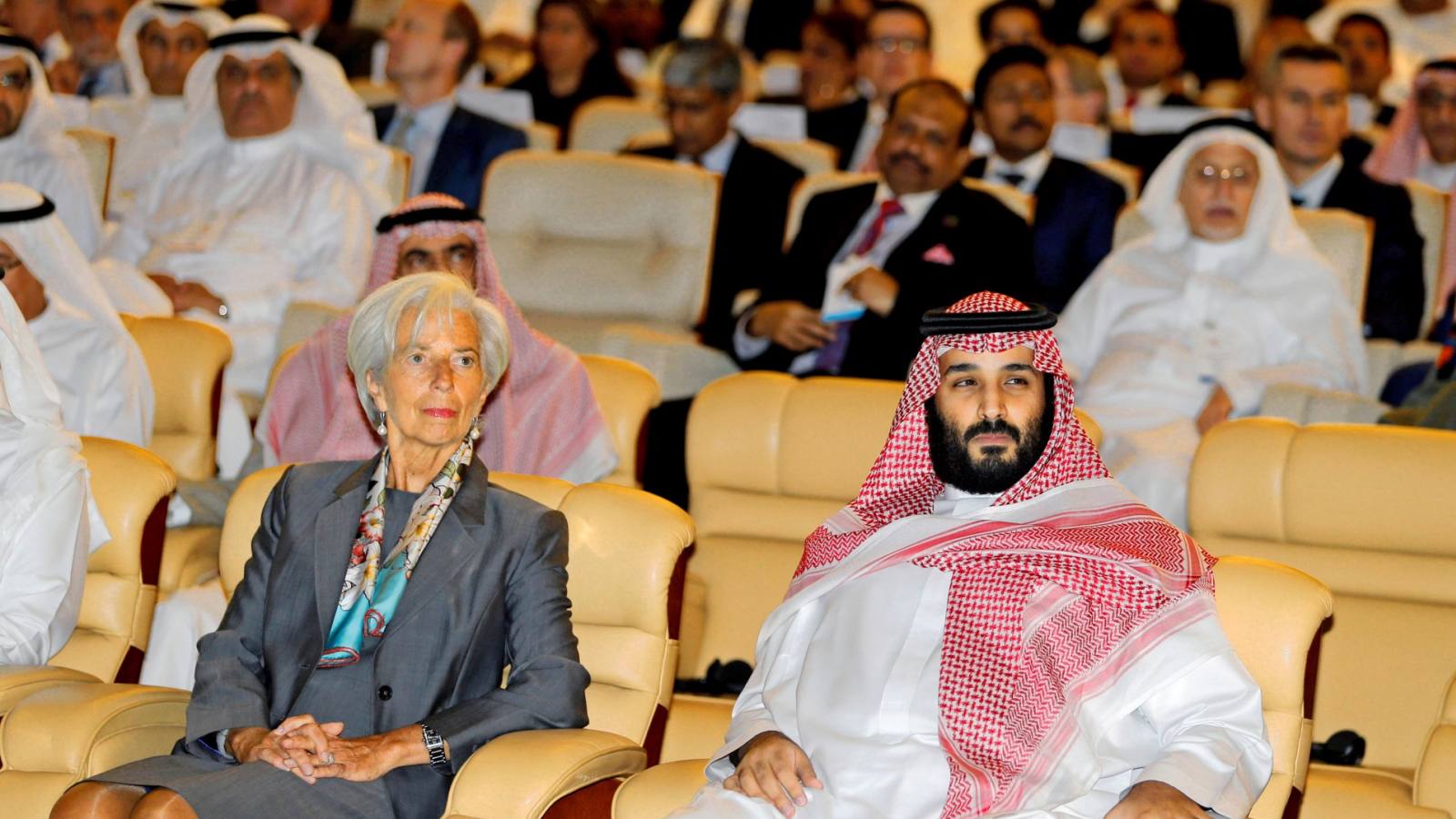 Another factor is China's ambitious Belt and Road Initiative, a massive infrastructure program stretching from China to Europe. The brainchild of President Xi Jinping is partly aimed at ensuring stable energy supplies to fuel China's growth. Saudi Arabia is a priority under the initiative. Beijing is hoping to invest in Aramco to strengthen its ties with the world's largest oil exporter, thereby securing a steady flow of oil for years to come.

Estimates by the Institute of Energy Economics, Japan, show that if electric cars, fuel cell cars and other "zero-emission" vehicles make up 30% of global auto sales by 2030 and 100% by 2050, global oil consumption will peak around 2030.

But that scenario is "under the most extreme scenario," according to Akira Yanagisawa, a senior economist at the institute. He believes a substantial fall in the world's oil consumption is not in the cards. Even if global oil consumption does start to decline after 2030, the world will still gulp down 89 million barrels of oil a day in 2050, roughly the same amount it consumes today.

Still, the economies of oil producers in the region will be hit hard by dwindling income from oil exports. At the same time, the shift toward electric vehicles will make oil-consuming countries more dependent on the Middle East despite rising instability in the region.

Beijing's pursuit of a stake in Aramco looks like a move to strengthen its position in the battle for Middle East oil in an era of electric vehicles.