KUALA LUMPUR -- Top Glove on Monday said it would be a step nearer to achieving its goal of controlling 30% of the global rubber glove market if it succeeded in acquiring rival Aspion.

The Malaysian group, currently the world's largest producer of the product used widely in households to the healthcare industry announced on Friday it was in negotiations to buy the entire whole of Aspion. The buy, estimated to cost at least 1.2 billion ringgit ($292 million), would give the group immediate access to the specialized surgical glove market, a niche and premium segment that the group hoped to reach. 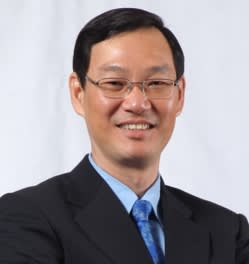 "We need this breakthrough to put us in a stronger position," Lim Cheong Guan, Top Glove's executive director said in an interview.

Aspion has a manufacturing capacity of 4.8 billion pieces annually, 30% of which is surgical gloves sold in the U.S., Europe and Japan. The remaining is examination gloves that Top Glove also produces. As surgical gloves are used in high-risk operations in the healthcare sector, they are also highly regulated to ensure safety, making entry difficult for new players.

Surgical gloves command more than 30% in profit margin, better than the 20% in examination gloves. The acquisition, if successful, could raise Top Glove's annual sales and net profit by at least 20% for fiscal 2018, said Lim.

Aspion wants to expand capacity to 6 billion pieces by 2019 at its three manufacturing plants in the country, mainly to double the number of surgical gloves produced.

Top Glove, which currently produces about 52 billion pieces or 25% of the world's market share said the Aspion buy would add another 3 percentage points, bringing it closer to the 30% goal it hoped to achieve by 2020.

"It is a reminder for us to continue growing," said Lim of the goal.

The rubber glove industry is growing at about 8% annually. The per capita use of gloves in the healthcare industry is still low in emerging economies, compared with the advanced market. China consumes three pairs per capita annually, against 75 pairs in the U.S. and the world average of 25 pairs, according to Malaysian official data.

Top Glove's strategy is to keep on growing, either through organic expansion or acquisitions to grow capacity to capture the largely untapped market in developing economies. In the acquisition of Aspion, which is 56.5% owned by Southern Capital, the timing is apt as the Singapore-based private equity may want to look for an exit after five years of investment, said Lim. The rest of the company is held by founder Low Chin Guan, who will remain in post to lead Aspion after the acquisition.

Top Glove's competitors are not sitting still either. Hartalega Holdings, a leader in nitrile rubber gloves is innovating on its product range while expanding. The group is growing its production capacity from 21 billion pieces in fiscal 2017 to 34 billion pieces over next two years, according to Affin Hwang Capital. Hartalega said it was developing premium-priced antimicrobial gloves used in medical examination that could "revolutionize" the global healthcare sector.