Vietnam investing billions in US equipment and services 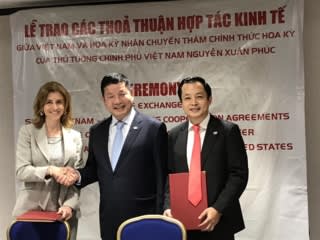 The deals covered aviation, energy, health care, hospitability, technology, and cooperation in investment and trade. This should help reduce the American deficit with Vietnam, which has increased from $7 billion to nearly $32 billion over the last decade.