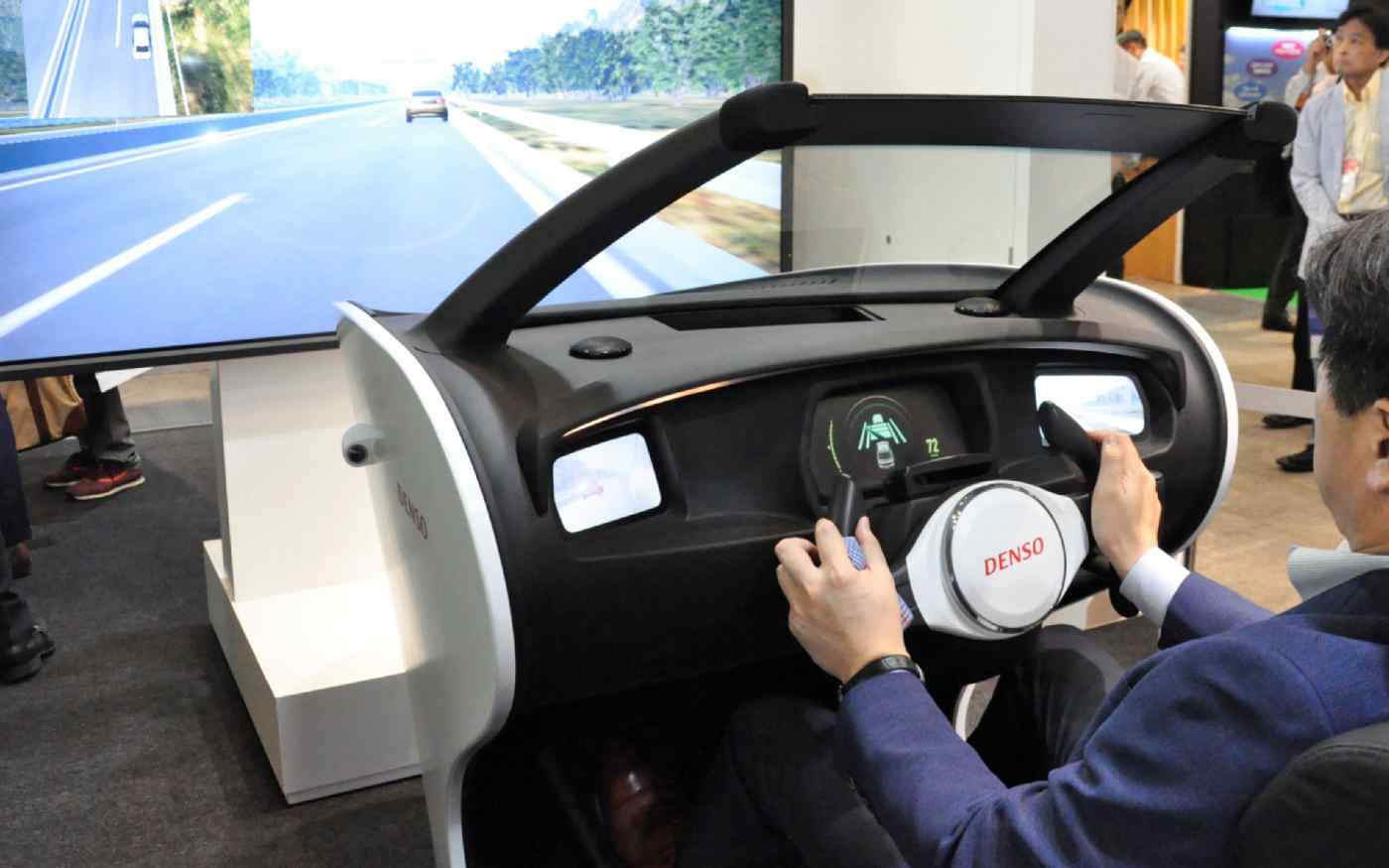 TOKYO -- Automobile parts maker Denso has agreed to a comprehensive partnership with tech company NEC to jointly develop components for use in self-driving vehicles.

The heads of the two Japanese groups shook hands on the deal this week. It will be formally announced early next week. This will mark the first time Denso has collaborated with a technology company on a host of core applications ranging from onboard software to security measures. The NEC group will provide researchers and assist in creating a joint development structure.

The two companies are looking to commercialize autonomous driving and forward-driving assist systems. Those systems require cameras that provide images to be analyzed by artificial intelligence. The vehicles would use the data to determine which direction to go while avoiding pedestrians and other obstacles.

Under this framework, Denso will borrow NEC's prowess for developing AI and onboard software. The two will team up in creating technology to safeguard data stored in onboard systems. This is in response to the heightened risk of cyberattacks on internet-connected vehicles. Denso is busy linking its plants around the world online via the internet of things, and NEC will also provide its expertise toward that area.

Information technology is essential in developing next-generation cars, and the number of IT devices installed is expected to surge. The market for onboard sensors is projected to exceed $10 billion in 2020, or twice the scale in 2015, data from Goldman Sachs show.

What Denso brings to the table is the technology to improve the durability of IT devices against vibration and heat. Tie-ups between the auto and tech industries are becoming indispensable when it comes to developing self-driving technology.

Denso raked in about 4.5 trillion yen ($38.3 billion) in sales in the fiscal year ended March 2016, making the Japanese company a mega-supplier in the league of global leader Bosch and fellow German rival Continental. Although automakers do collaborate with tech companies, about 70% of automobile parts are procured outside the car companies. Without the cooperation of vehicle component makers, the development of new technology would be all but infeasible.

And the mega-suppliers are competing heavily on developing autonomous driving systems and other next-generation technology. Last year, Continental bought a major Finnish tech company for 600 million euros (then about $680 million). Bosch secured 15,000 software developers. In the U.S., parts supplier Delphi Automotive joined hands with Intel, Israel's Mobileye and others to develop autonomous-vehicle software. This year, Denso has entered into a joint AI development agreement with Toshiba and is partnering with Sony on image sensors.