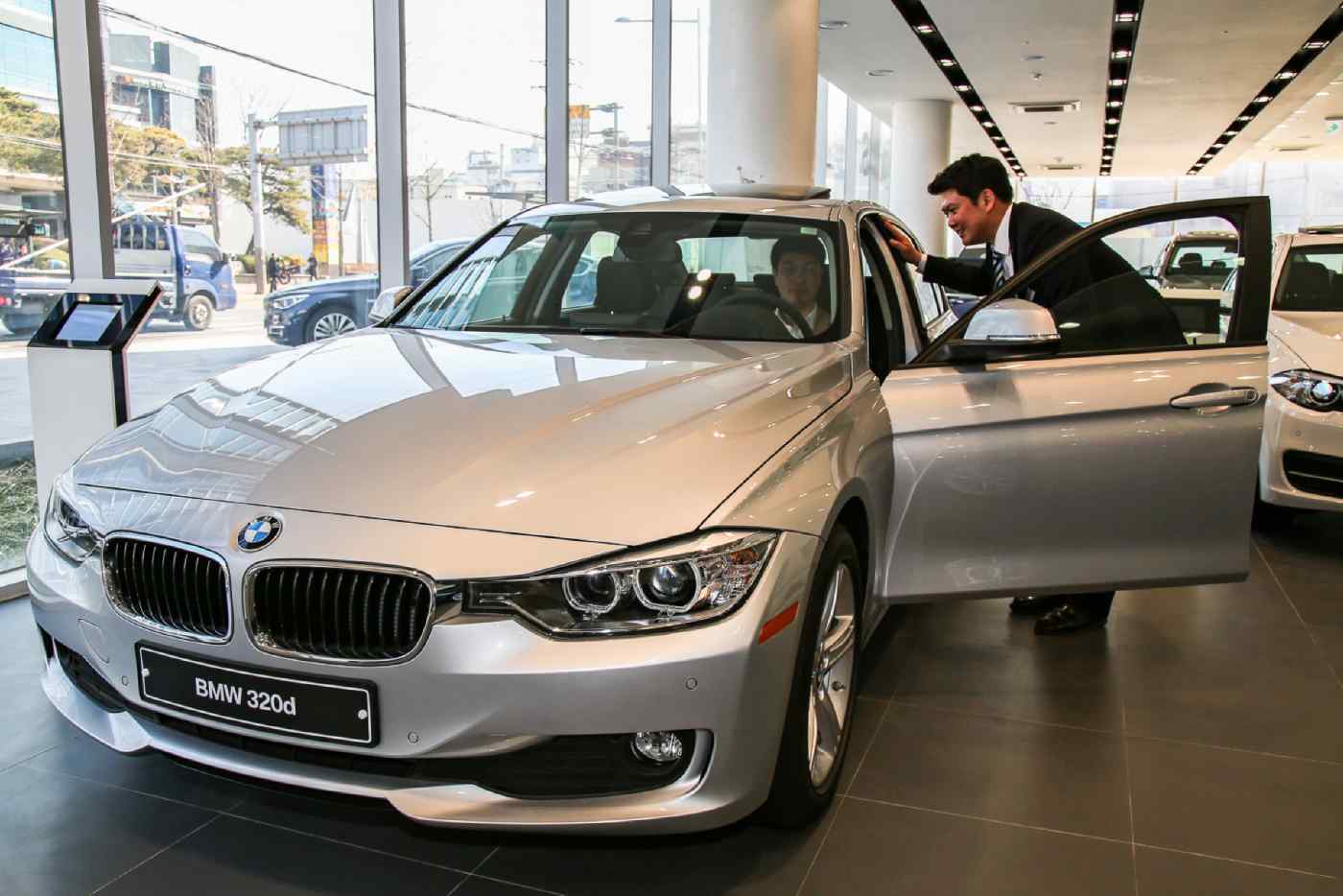 SEOUL -- European diesel-powered cars have become increasingly popular in South Korea in recent years on the back of higher gasoline prices and a shift toward conspicuous consumption. In 2014, diesel models accounted for 39% of all newly registered passenger vehicles, nearly double their share three years ago. By 2013, the share of diesel-powered vehicles was greater than that of gasoline-powered ones when commercial trucks are included.

At a Shinho Motors showroom in Seoul, the best-selling model is the BMW 520d, a diesel-powered car priced at 63.9 million won ($56,954). But there are none to be seen. "We don't even need to display the model. It is that popular," said a sales team leader. Shinho Motors is the official dealer of German carmaker BMW in South Korea.

Since 2011, the 520d has ranked either No. 1 or No. 2 among all imports in South Korea. "In effect, it has pioneered South Korea's diesel car market," said an official close to BMW.

Diesels are spreading to other models as well. One 28-year-old man visiting the showroom already owned a diesel-powered Audi. Although he was considering a BMW for his second car, he planned to stick with diesel. "Diesel cars have better acceleration and are fuel-efficient, so I am looking to buy another diesel," he said.

Up until the early 2000s, many South Korean drivers thought of diesels as dirty. The government used to set strict standards for emissions of nitrogen oxide and other exhaust, which limited the market. But in 2005, the president eased these rules, bringing them in line with European standards.

The wave of diesel popularity in South Korea was set off by soaring gasoline prices, which took off in 2010. In 2012, retail prices peaked at 1,985 won per liter, according to the Korea National Oil, 24% higher than in 2009. Diesel prices also rose, to 1,806 won per liter in 2012, but that was about 10% lower than gasoline. And diesel-powered cars get better fuel economy.

Many South Koreans see cars as status symbols and many believe that adults should not drive subcompacts. Diesel cars fit the bill for drivers who want a large or midsize foreign car that is fuel efficient.

Penny pinching has little to do with the trend. Although the stronger won has helped make foreign cars somewhat cheaper, their sticker prices are still higher than domestic makes. On the contrary, there has been a move toward more conspicuous consumption. Many South Koreans once saw it as their patriotic duty to buy domestic. Nowadays, people in their 30s and younger are less interested in supporting their country with their wallets.

For years, Hyundai Motor and Kia Motors have controlled around 70% of the domestic auto market. But now South Korean consumers are increasingly looking to stand out from the crowd. This, combined with higher gasoline prices, is encouraging more drivers to choose foreign diesel cars. The cachet of a foreign brand is another draw.

European luxury car makers have seized their chance with strong diesel lineups. Reductions in auto tariffs since the launch in 2011 of a free trade agreement between South Korea and the European Union helped European manufacturers sell 160,000 cars in 2014, around double the volume of three years earlier and 80% of South Korea's imported car market overall, according to the Korea Automobile Importers and Distributors Association.

Hyundai and other domestic automakers have released diesel versions of their existing models to try to keep the Europeans at bay, so far with little success.