Disney, Universal Studios want you outside 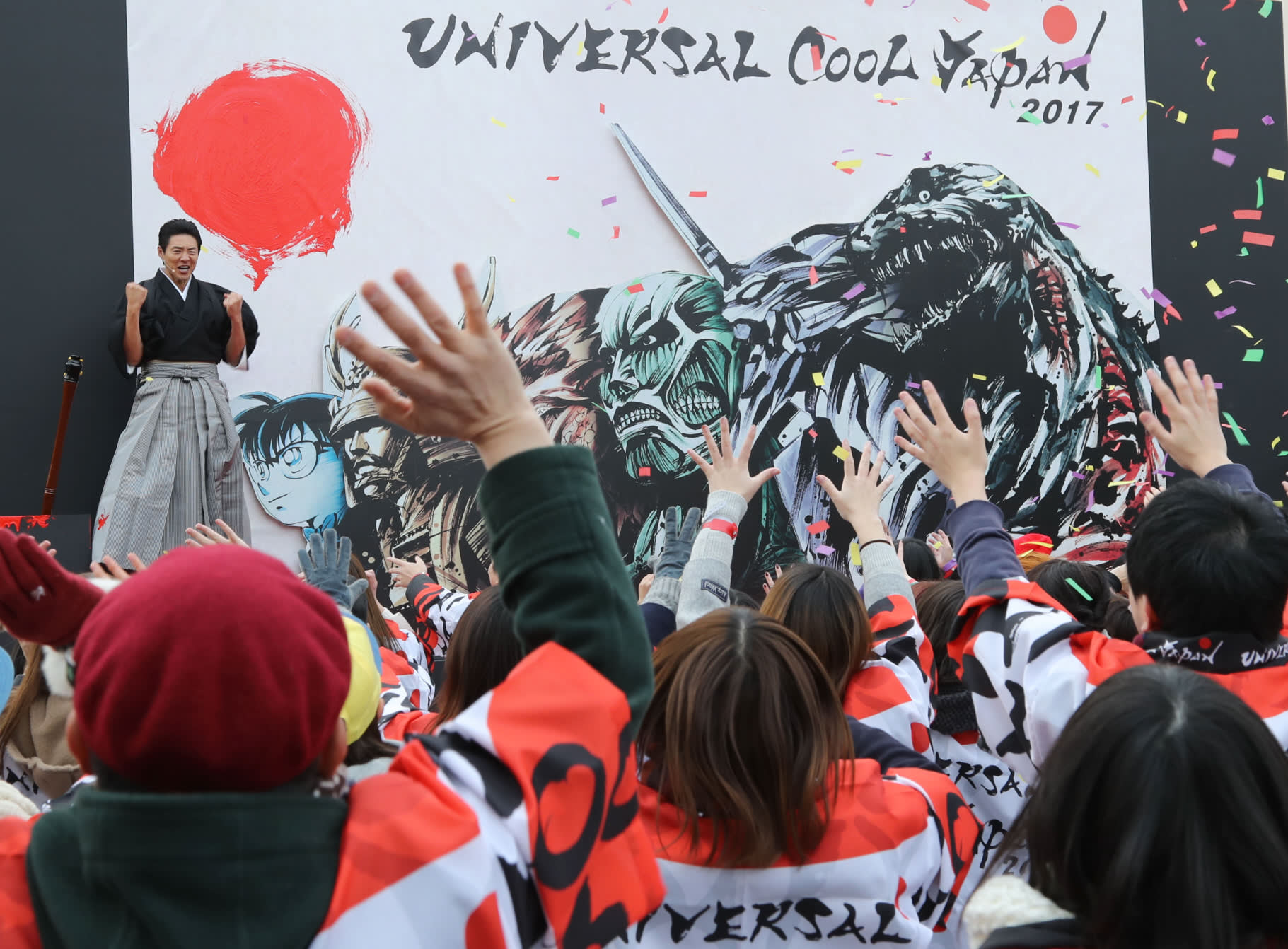 TOKYO -- Can new wintertime lineups of shows and attractions draw crowds to theme parks during what are usually Japan's three coldest months of the year?

Tokyo Disney Resort and Universal Studios Japan, in Osaka, want to find out.

The operators of the theme parks have unveiled their winter show and attraction lineups, meant to gin up numbers to the mostly outdoor parks during their low season -- the three months beginning with January.

Starting Friday, Tokyo Disneyland will entertain visitors with a nighttime "Frozen Forever" show, based on Disney's blockbuster "Frozen" movie. The exterior of Cinderella Castle will be incorporated into the show.

On the same day, at Tokyo DisneySea, the "Grand Finale" show begins -- marking the final months of the year-long celebration of the park's 15th anniversary. Some 120 dancers will perform with soap bubbles flowing through the sky. A nighttime performance will run through March 17.

On Thursday in Osaka, an opening ceremony was held at Universal Studios Japan for an event starting Friday. The spectacle, "Universal Cool Japan 2017" runs through June 25, featuring Detective Conan, Godzilla and other characters.

At the ceremony, Shuzo Matsuoka, a former professional tennis player, appeared in a traditional kimono top and hakama bottom, backed by the sound of taiko drumming. The sports celebrity used a huge brush to draw a red circle, the symbol of the Japanese flag, on a board and called for promoting the government's Cool Japan initiative that helps to introduce Japanese culture to overseas fans.

The show includes a real escape game featuring Detective Conan, a popular anime character who will be seen at USJ for the first time. The park is also opening a new ride -- an indoor roller coaster running through the virtual-reality world of the anime series "Evangelion."

One show, "Sengoku The Real at Osaka Castle," is being held outside the park, at the castle's Nishinomaru Garden, mainly on Friday, Saturday and Sunday evenings through mid-March.