Domestic cellphone makers struggle to keep up with huge growth 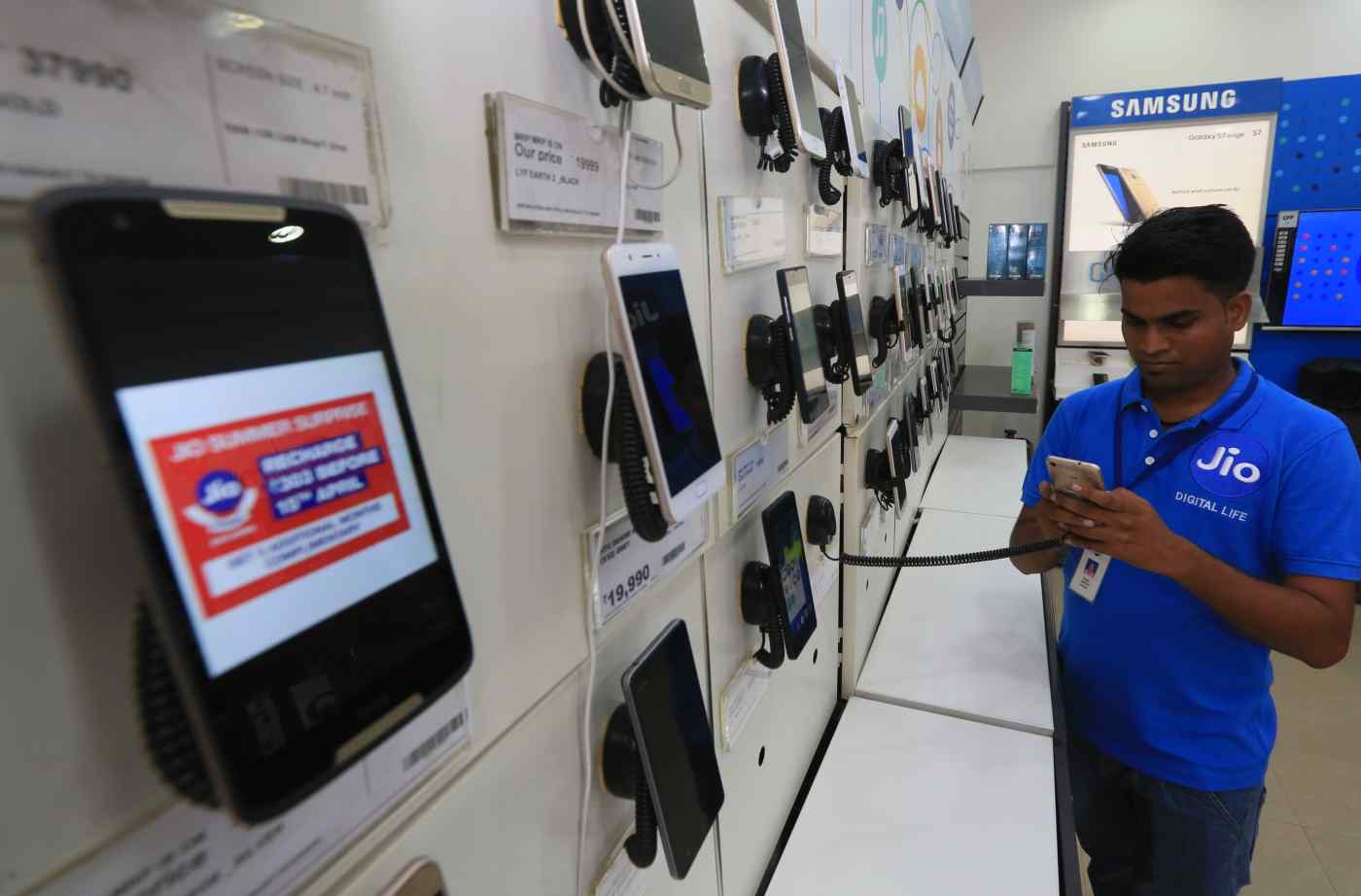 Micromax and other local makers are being muscled out of the Indian smartphone market by Chinese rivals. (Photo by Ken Kobayashi)
ROSEMARY MARANDI, Nikkei staff writerJune 8, 2017 10:00 JST | China
CopyCopied

MUMBAI When Micromax Informatics hired Hollywood star Hugh Jackman as its brand ambassador in October 2013, India went into a frenzy. An affordable local brand hiring a global A-lister showed the company had made the big time.

By 2015, Micromax had managed to dethrone Samsung Electronics as India's best-selling smartphone brand. By offering affordable handsets, Karbonn, Lava, Intex and a number of other local brands had also begun taking more of the pie from the major players of the day -- Nokia, Motorola and HTC.

The good times lasted a couple of years, but it has been downhill since then for Indian phone manufacturers. Mahesh, the 26-year-old owner of a mobile shop in Nashik, near Mumbai, has seen the change happening on the shelves. In recent months Chinese phones have been "selling like hot cakes," while Indian handsets sit there and gather dust.

"People now prefer Oppo phones to Micromax. Micromax has become a C category [in terms of preference]," he said, pointing out that strong branding by Chinese manufacturers and good word-of-mouth advertising has helped them take over as the phones of choice.

Data from research company IDC supports Mahesh's account. During the quarter ended March, while Samsung maintained dominance in India's smartphone market with a 28.1% share, Chinese brands Xiaomi, Vivo, Lenovo Group and Oppo commanded 14.2%, 10.5%, 9.5% and 9.3%, respectively. A look at the data from the same period last year shows that local makers Micromax and Reliance Jio Infocomm's LYF brand have been pushed out of the top five.

In the first quarter of 2016, Micromax held second position with a 12.6% share, Intex, another local player, stood third with 9.2%, while Reliance Jio held 7.1% of the market. All have now slid down the pecking order.

Counterpoint Techonology Market Research claims that Chinese brands reached a combined 46% of total smartphone shipments in the last quarter of 2016, up from 14% a year ago.

"Chinese brands Oppo, Vivo, Lenovo and Xiaomi continued to grow at the expense of Samsung and Indian brands. Their success was attributable to a variety of factors including strong marketing and channel push, as well as better access to components that were in limited supply," Counterpoint observed.

Reports suggest that Micromax has been suffering under internal tensions and a failure to attract investors -- Alibaba pulled out of a planned investment in October 2015. Other Indian players have simply been beaten at their own game.

Having previously outsourced phones to Indian handset companies, the likes of Oppo began focusing on selling directly, but now seeks to compete with better products, not just low prices.

Gartner research director Anshul Gupta sees a clear difference between the global, Chinese and Indian players in terms of quality, design and materials, as well as marketing and branding.

"Devices by Gionee, Oppo and Xiaomi have designs that have a global feel, they are lightweight, and those kind of features are where local brands struggle. This has led to people going for more Chinese phones," Gupta explained. "Local players will have to really catch up to stay relevant."

India's billion-strong population has, in around a quarter of a century, attracted hundreds of mobile phone sellers. Nokia and Motorola were replaced at the top of the tree by Samsung and Blackberry, then came the wave of Indian and now Chinese brands. But the competition has never been like it is today.

MARKET TO HUB Apple, which once ignored the market, has now begun assembling iPhones in India. Chinese phone makers are taking the country seriously rather than just flooding it with cheap phones as they had done previously.

Counterpoint in January estimated that India's smartphone user base grew to over 300 million in December 2016, up 18% from a year earlier, while global growth was just 3% for the same period. The company also claims that, sometime last year, India surpassed the U.S. to become the world's second largest new smartphone market behind China.

According to Gartner, as the market goes through consolidation and a swift rollout of 4G services, demand will continue to grow. It expects smartphones to account for 62% of all mobile phone sales in India in 2018, up from about 50% in 2016.

Since smartphone penetration still stands at around a quarter of the overall population, the company's report said the market will likely stay attractive to device manufacturers for some time.

Xiaomi, for example, set up its second manufacturing unit in Andhra Pradesh's Sri City in March. Though the exact capacity of the plant is not known, the company claims it can now churn out one phone per second in India.

Xiaomi India head Manu Kumar Jain told the Nikkei Asian Review that the company has invested around $500 million in the country so far and is open to investing a similar amount if business requires.

The company, which started off by selling primarily online in India, plans to set up 100 exclusive branded stores within two years. "We are increasing offline distribution. We hope 25% of our business can come from offline and eventually [be] 50-50," Jain said.

Gionee plans to spend 5 billion rupees to set up a factory in northern India in the next two years and expects to service markets such as Africa and Southeast Asia from there. At present, Gionee phones are assembled in India by third parties such as Foxconn and Dixon. It claims to have racked up 12 million Indian customers as of January, and is aiming to grow by 2.5 times in 2017.

Vivo is reportedly studying the prospects of setting up a second factory after having invested 1.25 billion rupees in the first phase of its assembly plant near Delhi in 2015, where it has a monthly capacity of over 1 million units.

There is room in the Indian market for every segment, said Gartner's Gupta. So when Apple eventually decides to manufacture locally, there will be enough prospects for it too.

The company has just begun assembling the iPhone SE at the Bangalore factory of Taiwanese contract manufacturer Wistron. Apple is lobbying the government for tax breaks and the relaxation of a 30% local sourcing requirement for single-branded retailers in order to launch full-scale manufacturing in the country.

"With an exclusive focus on the market from the device manufacturers, we expect more customized smartphones to come to market and remain key to winning in this highly competitive market," said Gupta.

Xiaomi India's Jain reckons that in three to five years, majority shares will belong to just a handful of brands.