Family members can confirm the mourners' visit on monitors 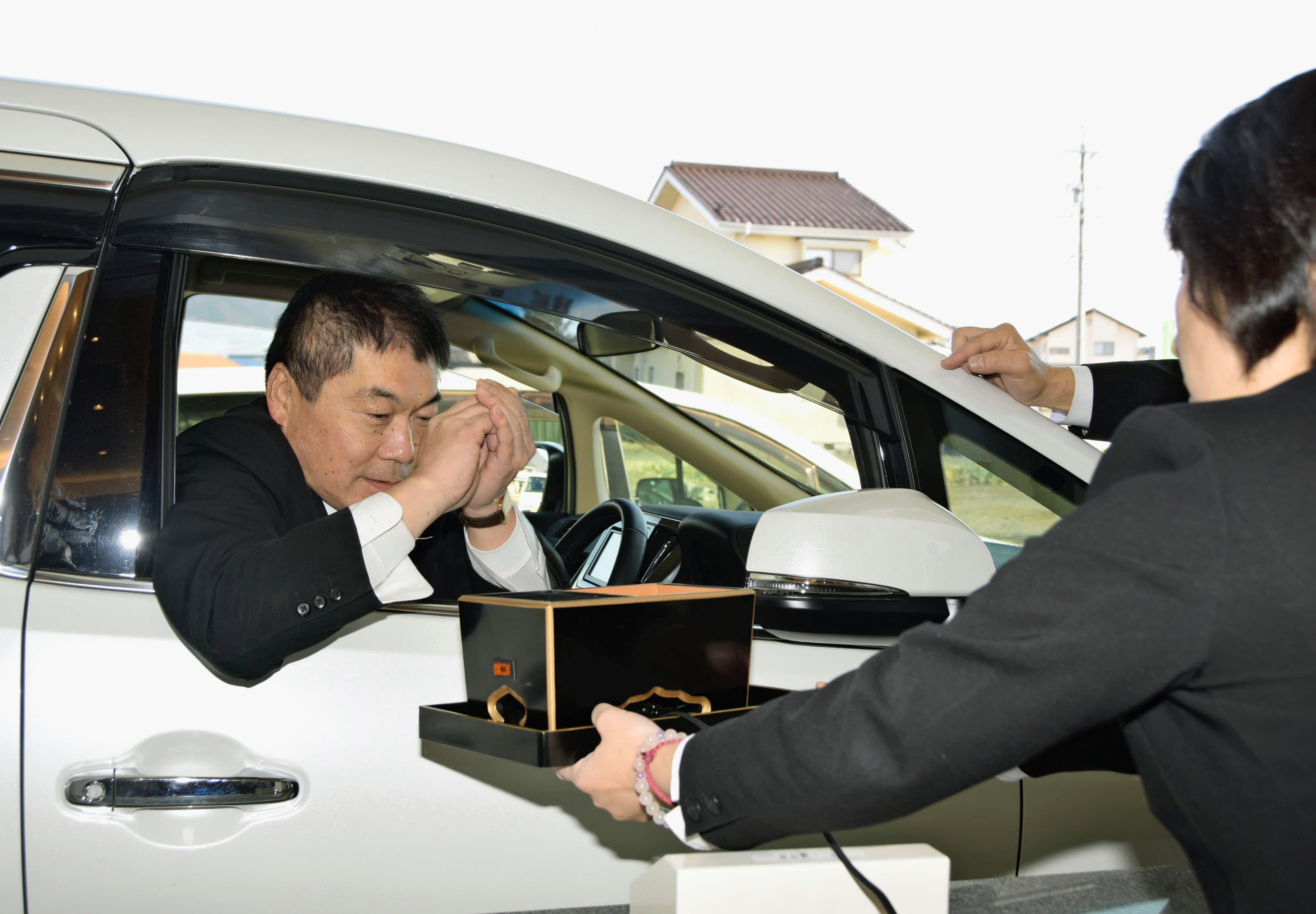 Mourners in cars pull up next to the drive-thru window, use a tablet to register their names and addresses. They then hand over condolence money to a staff member and offer incense.

The chief mourner and other funeral participants can confirm drive-thru mourners' visits on monitors inside the funeral home. 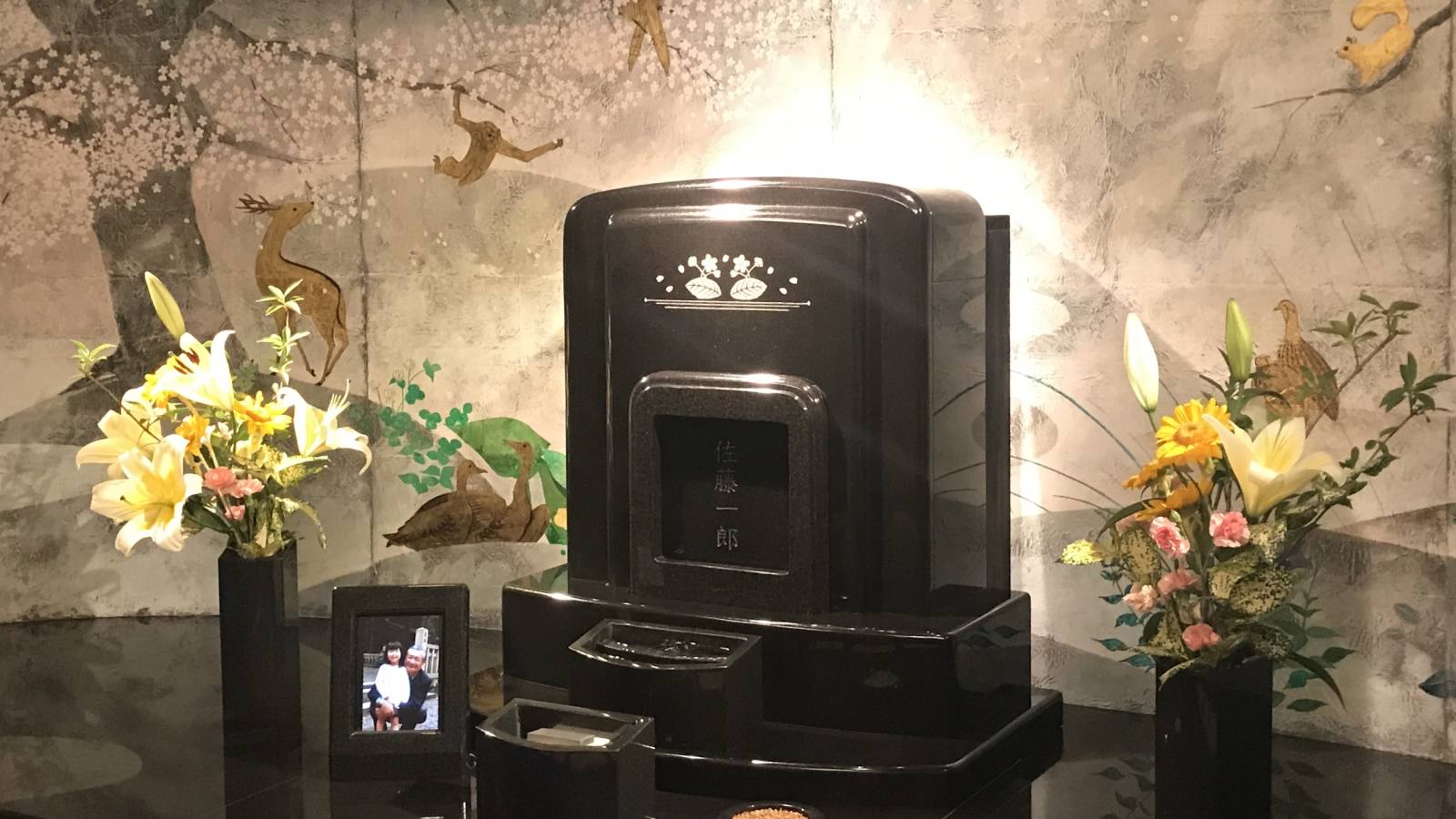 The drive-thru was developed by a subsidiary of Takehara Juken, which is primarily engaged in the industrial waste disposal business. The idea is to allow seniors and disabled people to attend funerals.

The subsidiary has acquired a patent for the system, which has been introduced at the newly built Ueda-minami Aishoden funeral hall in the city. Members of the press were recently given a preview of the parlor before it opened for business. Mourners can pay their respects to the dead without getting out of their cars at this funeral home in Ueda, Nagano Prefecture.

"There are many people who want to but cannot come to offer incense, such as those who are receiving nursing care," said Masao Ogiwara, president of Lext Ai, the company that runs the funeral parlor which introduced the system in Ueda. "The drive-thru system is not for simplification. It is aimed at helping these people come."

There was some eyebrow raising while the concept was being developed. "Some people said initially that the drive-thru was imprudent," said Kenji Takehara, the president of Takehara Juken, the developer. "But an overwhelming majority of people now appreciate it, saying it is a great idea that helps the aged and disabled. Amid the aging of society, funerals also need to respond to the changing times."

Takehara added that his company has received inquiries about the drive-thru system from four funeral service companies elsewhere in Japan.

Paying respect to the dead comes in many forms and traditions, but Japan, with its aging society and increasing amount of deaths, has been at the forefront of the funeral trends.

A high tech cemetery in north Tokyo automatically retrieves an urn when an identification card is passed over a touch panel.

Cosmic burial is another option. Funeral services provider Ginga Stage allows families to load a capsule containing the ashes of the deceased aboard a rocket or satellite.