Drugs could be South Korea's next growth sector 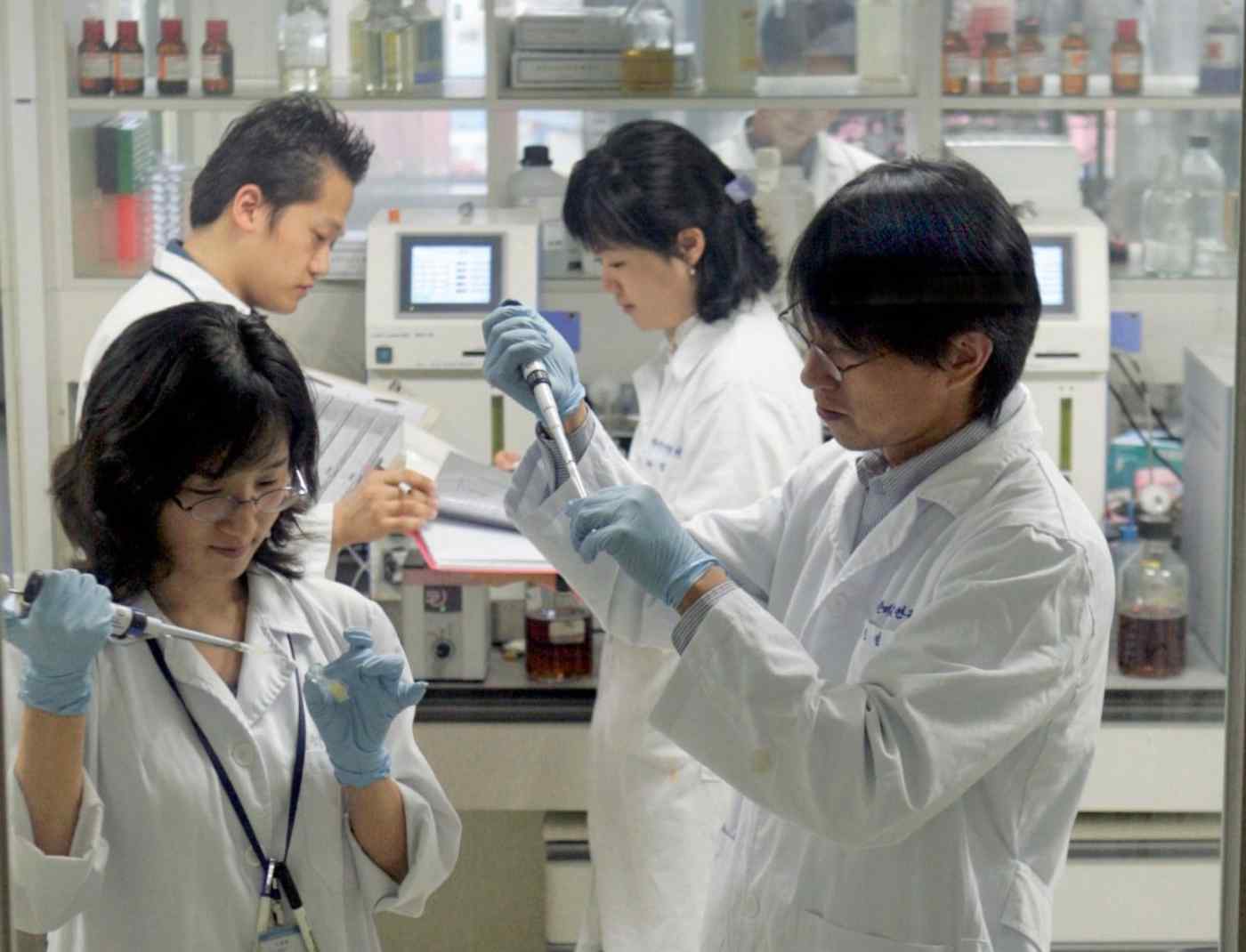 SEOUL -- A pair of South Korean drug companies are leveraging their R&D prowess to climb to the top of the industry, rushing past less-nimble members of large conglomerates and lining the sector up as the nation's next driver of growth.

Novel-drug developer Hanmi Science and biosimilars producer Celltrion each have a market capitalization of nearly 10 trillion won ($8.8 billion) -- on a par with LG Electronics. The duo could serve as a new model for growth in a market that finds itself lagging in innovation.

Celltrion submitted Nov. 10 a generic version of global bestselling cancer drug rituximab to the European Medicines Agency for approval. The treatment was originally developed by Idec Pharmaceuticals, since absorbed by Biogen, and generates some $9 billion in annual sales. But it went off-patent in Europe in December 2013 and will lose U.S. patent protection in September 2016.

Celltrion's version is a biosimilar -- an imitation produced using genetically modified cells. Such compounds cannot be made precisely identical to the drugs they aim to mimic, necessitating additional clinical trials for approval. Biosimilars are also much harder to develop than generic drugs based on simpler molecules. Teva Pharmaceutical Industries of Israel and Boehringer Ingelheim of Germany, for example, quit the race to create a biosimilar rituximab in the clinical-trial phase. But success in the lengthy development process can pay off handsomely.

Celltrion is a powerhouse of improbable origin. It was founded in 2002 by executives from the corporate planning division of the now-defunct Daewoo Motor, acquired by U.S. automaker General Motors following a bankruptcy. Celltrion chief Kim Hyoung-ki was one of those pioneers.

The drug industry is a world apart from the automobile business. But the market for biopharmaceuticals was taking off right as Celltrion's founders were searching for their next business opportunity.

"We were certain that biodrugs' day would come," Kim said.

New-drug development is a tough field. Not even 1 in 10,000 attempts at commercialization actually pan out, some say. "That was not the business for us," Kim said. But the founders' automaking experience helped guide them through the process of mass-producing drugs. South Korea's chipmaking industry provided much of the technology used to build the clean rooms necessary for biosimilars development.

Confident in their chances of success, Celltrion approached Genentech of the U.S. for technology transfers and started billing itself as a contract manufacturing organization. Around 2009, with its production technology polished and at full speed, the company began work on its own blockbuster biosimilars.

Celltrion has since found success with the Remsima rheumatoid arthritis treatment. The drug has captured large shares in South Korea and Eastern Europe and elsewhere and has been submitted for approval in the U.S. -- the world's largest drug market. The company can expect more than $1 billion from Remsima sales, Kim said.

The fruits of persistence

Fellow emerging innovator Hanmi Science took a somewhat different path. It has created breakthrough diabetes, cancer and other drugs, licensing these profitable treatments to major pharmaceutical companies around the world for further development. Leading subsidiary Hanmi Pharmaceutical has inked licensing agreements this year with four American and European drugmakers, including France's Sanofi and Eli Lilly of the U.S.

Hanmi Pharmaceutical was long simply another South Korean drugmaker, licensing products from foreign companies. But Lee Gwan-sun, CEO since 2011 and former head of research, had a different vision. Sensing little room for growth on the old path, he poured resources into strengthening development of new drugs. Stepped-up spending on research and development resulted in an operating loss for 2010.

Developing a new therapy can take a decade to a decade and a half. Drug companies affiliated with large conglomerates typically cannot play the long game -- managers can find themselves in hot water in the absence of short-term results. But Hanmi's patience has paid off with interest.

Electronics, autos and shipbuilding are among the South Korean industries that have climbed to global prominence alongside Japanese businesses by following foreign companies' lead. But with Chinese competitors closing in, the catch-up model has apparently reached the end of its useful life. The nation has thus been searching for its next major growth sector.

Hanmi and Celltrion could be the start of a new movement, using R&D to become global competitors and some of South Korea's largest companies. Their success could prove the burst of life needed to pull business here out of its lull, should other companies heed their example.