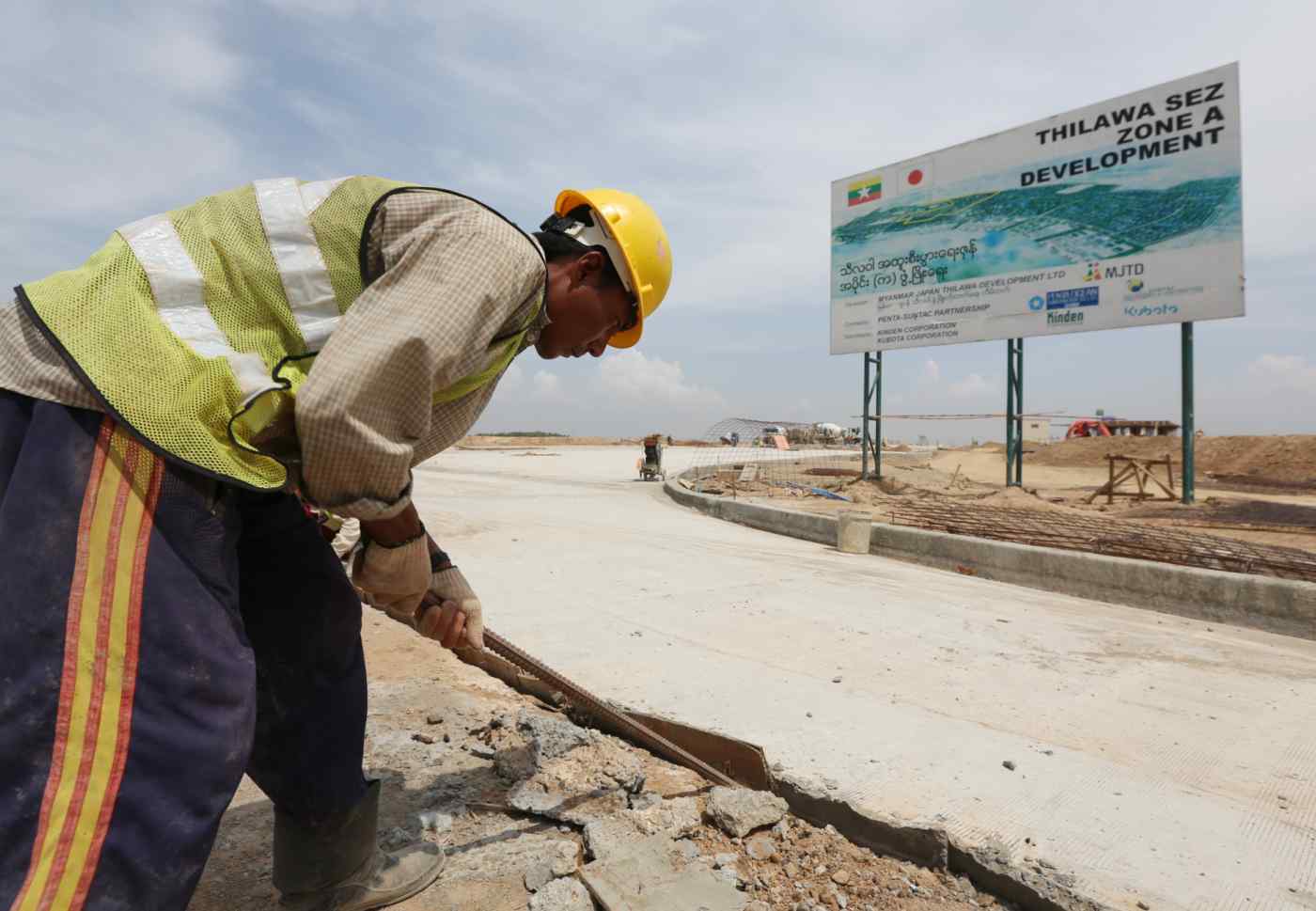 YANGON -- The story of Win Aung and the trade body he chairs, the Union of Myanmar Federation of Chambers of Commerce and Industry, reflects the story of the country's past under military rule -- and its opening since early 2011. Despite his role at UMFCCI, receiving foreign business delegations and lobbying parliament for regulatory reforms, the 62-year-old businessman labored for years under a large cloud.

As founder and head of the Dagon group of companies, Win Aung had built successful businesses spanning construction, timber and trading. But in 2007, he found himself on the specially designated nationals list overseen by U.S. Treasury -- the so-called blacklist of individuals and entities considered off-limits for U.S. companies. He learned that a U.S. Embassy cable alleged he had used connections with the Myanmar military regime to "amass great wealth." The list included more than 120 other executives, from Steven Law of the Asia World group and Zaw Zaw of the Max Myanmar group of companies, to lesser known individuals.

Like many other "SDNs," Win Aung fought to clear his name in Washington -- to no avail until this April, when he suddenly was among the first executives to be taken off the list.

"I had many limitations in my role with the SDN designation, and now I can have better interaction with business entities who want to invest in our country," he told the Nikkei Asian Review. "In fact, from the investors' point of view, it's quite a different perception in regard to dealing with people who are on the SDN list as opposed to people who aren't," he said.

Now his son oversees the family companies while Win Aung focuses on UMFCCI work, as well as on the consortium that forms the Myanmar Thilawa SEZ Public Company, the local counterpart in a joint venture with Japanese partners in the Thilawa Special Economic Zone.

Win Aung hopes the Myanmar company will be able to list on the new stock exchange, which is scheduled to launch in December. But at UMFCCI the priority is by no means big companies, he noted. More than 97% of the nearly 18,000 corporate and individual members are small and medium-size enterprises.

The relationship with Japan is particularly important in this respect, given the support for SMEs from Japanese business and government groups, he said. "We are collaborating very closely to match Japanese and Myanmar SMEs. ... Whatever happens on the broader front, we know we have a better future for business."