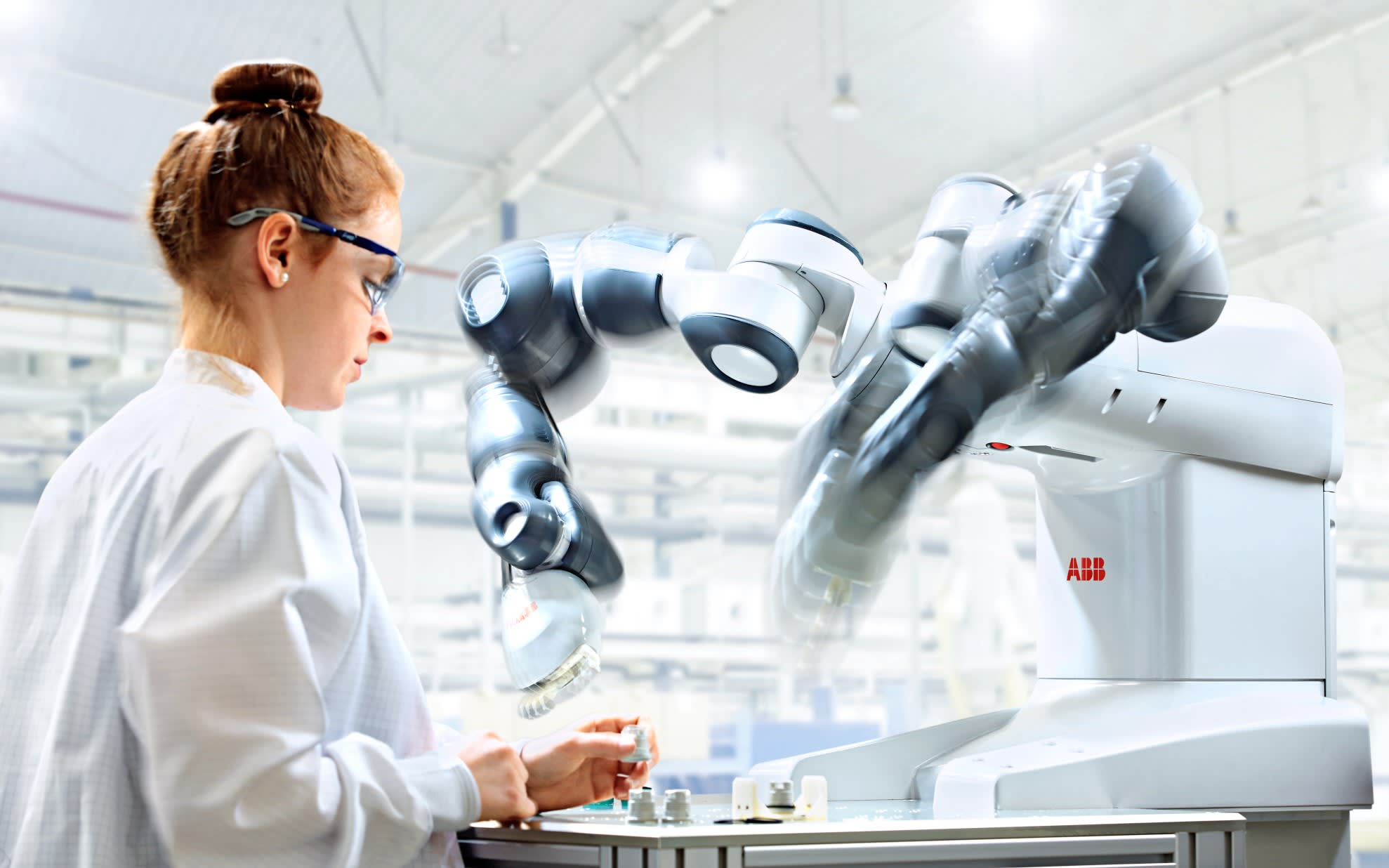 ZURICH -- The concept of a Fourth Industrial Revolution driven by information technology and artificial intelligence has been difficult to pin down, with experts voicing myriad opinions on the potential impact on society and business.

Europe has been enthusiastic about the idea, which originated as the less-catchy "Industry 4.0" advocated by Germany five years ago. The example of engineering giant ABB -- based in Switzerland, a country known for sky-high labor costs -- offers some indication as to why.

The Swiss National Museum has a section devoted to famous figures who moved to the country. Displays on British engineer Charles Brown and Germany's Walter Boveri sit alongside philosopher Friedrich Nietzsche. Brown's son and Boveri founded Brown, Boveri & Cie, the forerunner of ABB, in 1891.

A film produced by ABB this year shows an ABB train running through the snowy mountains of Switzerland. The movie looks back on the company's history while declaring that ABB will shape the Fourth Industrial Revolution.

But the company is now just a machinery supplier, no longer in the train business. It finished narrowing its focus in the 2000s, paring down its operations to electricity, particularly high-voltage DC systems, and automation, including robotics.

The modern ABB is symbolized by YuMi, a dual-arm industrial robot announced last year. YuMi works alongside humans on production lines, handling assembly of small parts such as electronic components. It automatically stops moving if it collides with a human, and restarting it is as simple as running a program.

A white paper on the Fourth Industrial Revolution released by UBS in January assessed the competitiveness of various countries and regions from that viewpoint. It looked at such factors as the flexibility of labor structures, educational systems, intellectual property protections and judicial independence. Switzerland placed highest, with European countries accounting for 12 of the top 20.

"Switzerland is an advanced economy, open to technological change, with a large number of highly-agile midsize industrial companies, and one of the best education systems in the world," ABB CEO Ulrich Spiesshofer said.

This revolution is expected to boost productivity by promoting the networking of information and goods and the use of artificial intelligence. But many worry that it will cost jobs in a wider range of areas as robots take on more difficult tasks.

Switzerland and northern European countries have long had small populations and among the world's highest prices. But their per-capita gross domestic products and educational investment are also in the top tier. Their educational systems produce high-quality talent, and they are known for offering generous support to laid-off workers seeking new jobs.

An engineer at a Japanese company operating in Germany talked admiringly about progress on automation in these countries that would be "unbelievable" in Japan. "Labor and management have debated a new way of working, in harmony with robots, on the premise of high labor costs," the engineer said.

Apart from generic goods, the days when manufacturers move production from country to country in search of cheap labor will end eventually. This revolution is, in a sense, Europe taking back the initiative from Asia. And Switzerland may even surpass Germany, its much larger neighbor.