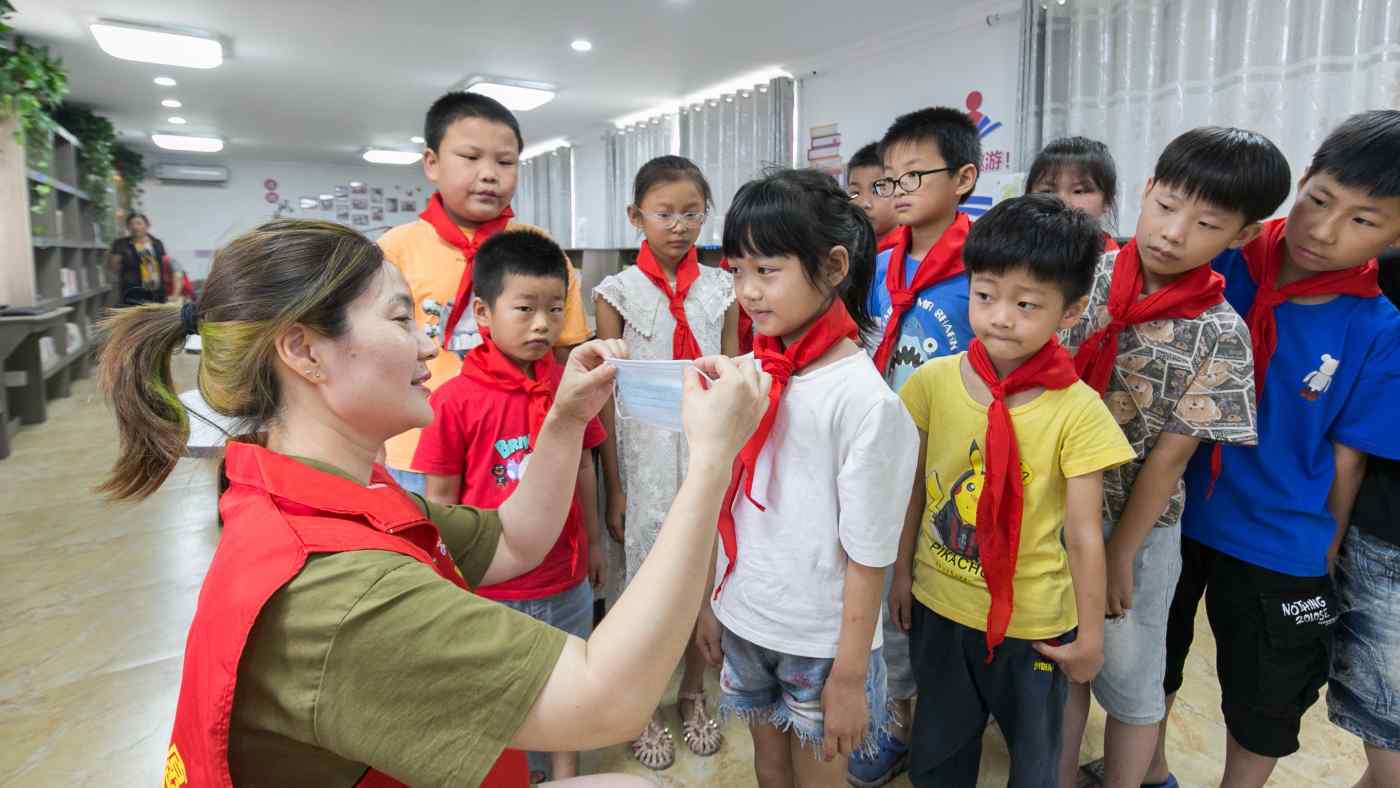 The new rules on tutoring companies come as Beijing scrambles to come up with measures to reduce the burden of childrearing after new census data showed a steep drop in births.   © AP
CK TAN, Nikkei staff writerJuly 26, 2021 17:15 JSTUpdated on July 26, 2021 19:29 JST | China
CopyCopied

SHANGHAI -- Shares of Chinese private education companies plunged further on Monday, as investors digested curbs on their operations announced by Beijing over the weekend.

The new rules "will likely mean the end of these companies as they are currently structured," said Gavekal Dragonomics analyst Ernan Cui in a note on Monday. "Although it had been clear tighter regulation was coming, the strictness of the new rules... was far beyond the industry's expectations."

"China's government has now shown that it is not afraid to simply shut down a large and profitable industry in order to achieve its social and political goals," she said. "That's a lesson with sobering implications for all of the internet firms that in recent months have been dealing with stepped-up official scrutiny over antitrust and cybersecurity."

Monday's drops followed heavy falls on Friday in Hong Kong as rumors spread of the upcoming announcement and then later in New York after a circular was leaked to the media at the end of the Asian trading day.

Under the directive issued by the State Council, China's cabinet, and the Chinese Communist Party General Office, only nonprofit companies will be allowed to offer after-school tutoring. Foreign investors and listed companies will be barred from participation in the sector.

For core school subjects, tutoring courses cannot be offered on public holidays, weekends or school breaks. Overseas-based foreign teachers are barred from online tutoring platforms, which also must limit their classes to 30 minutes and stop each night by 9 p.m.

The new measures, labeled an "opinion," will deliver a heavy blow to listed education companies. In nearly identical statements, TAL Education Group and Gaotu Techedu each said Sunday that the new rules "will have material adverse impact on its after-school tutoring services related to academic subjects in China's compulsory education system, which in turn may adversely affect the company's results of operations and prospects."

Shares of the two each fell more than 60% on Friday in New York.

Jefferies analyst John Chou estimated on Sunday that the new rules will erase 97% of TAL's projected revenue for the year ending February 2023 and 84% of annual revenues for Koolearn and Gaotu, which have different financial years. Morningstar analyst Jenny Tsai put the impact on New Oriental at around 62% of revenue, nothing that it was relatively more courses not covered by the new rules.

Listed companies are likely to "strip away" all after-school tutoring assets by the end of this year, Chou said, retaining his buy rating on TAL and New Oriental, suggesting that both will be able to expand unregulated operations.

Others also see the possibility of sector players regrouping by focusing on nonacademic subjects, tutoring for high school students, or vocational subjects.

Said Cui, "Vocational education is probably the area most favored by policymakers, who are worried about a shortage of skilled blue-collar workers."

As customary in China, affected companies publicly signaled they would go along with the drastic policy shift, rather than seek to reverse the edict.

"The company will follow the spirit of the opinion and comply with relevant rules and regulations when providing educational services," New Oriental said in a statement. "The company will proactively seek guidance from and cooperate with the government authorities in connection with its efforts to comply with the opinion and any related rules and regulations."

The private education sector has attracted heavy interest from foreign investors, via both stock market listings and venture capital fundraising. But now, wrote Cui, "Some newer education companies, like Yuanfudao (backed by Tencent) and Zuoyebang (backed by Alibaba), may never be able to list, and thus fail to deliver the returns their investors expected."

The new rules come as Beijing scrambles to come up with measures to reduce the burden of child rearing after new census data in May showed a steep drop in births, raising worries about China's economic growth trajectory.

The Education Ministry last month said it would create a dedicated department to oversee course structures, pricing and teacher recruitment among tutoring services, and guide them on setting up Communist Party chapters. The government is seeking to boost the quality of public school offerings to address complaints of educational inequality.