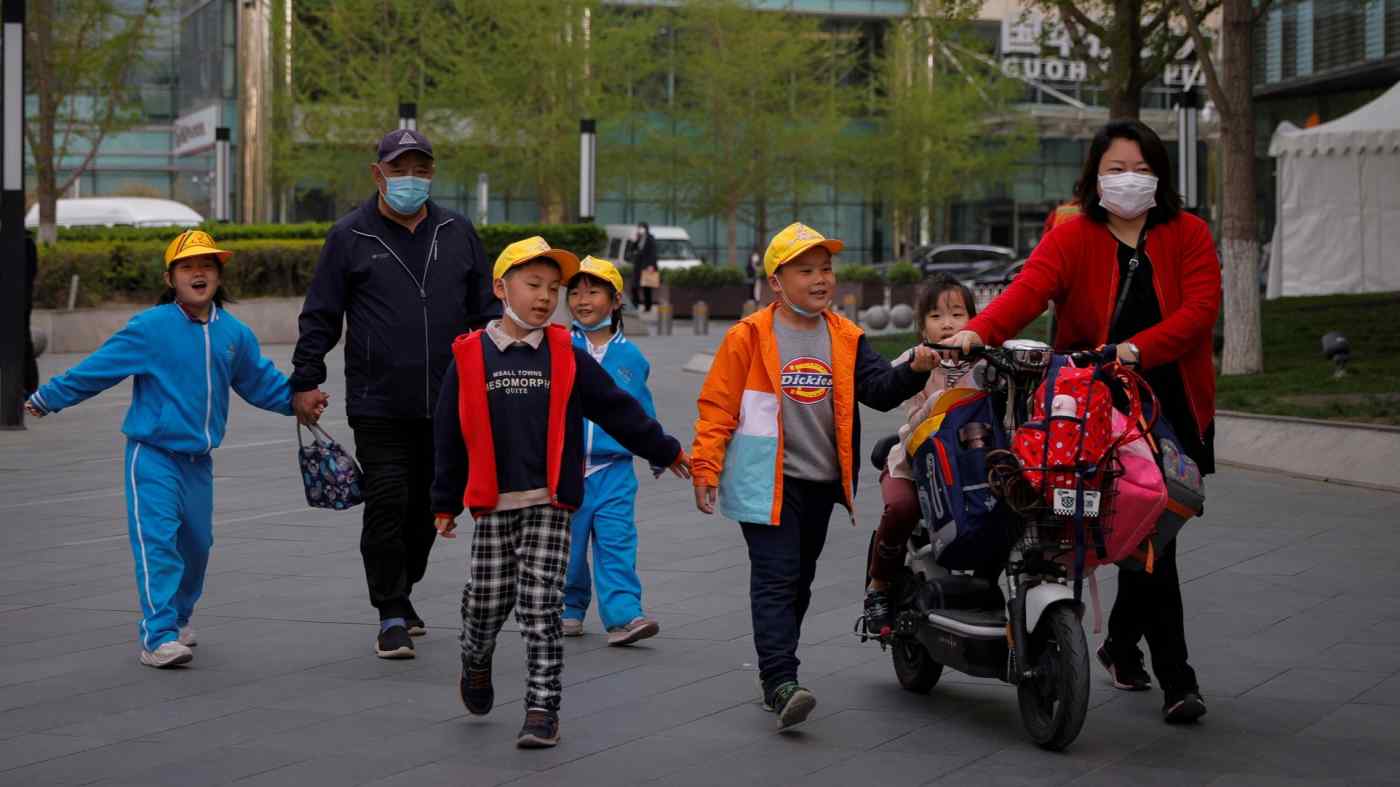 DALIAN, China -- China's drive to tighten restrictions on the private education industry this year could affect more than 3 million jobs, or over 30% of those in the sector, one analysis shows.

About 10 million people are employed in the country's education industry, according to a report from institutions including Beijing Normal University.

About a third "will be affected by the new regulations," whether they are "laid off, forced to change jobs or transferred to other departments," said Liu Xiangdong, deputy director of the department of economic studies at the China Center for International Economic Exchanges.

The estimate underscores the potential economic side effects of efforts by President Xi Jinping's government to rein in swelling education costs that have been cited as a factor in stubbornly low birthrates.

Both big established players and prominent startups have been forced to restructure in the months since the Communist Party and the State Council announced tougher rules in July, targeting mainly tutoring services for elementary and middle school students in big cities.

Under the new regulations, classes on weekends and during summer and winter breaks have been banned, approvals of new schools have been halted and education companies have been barred from raising capital through public listings. Businesses already in the field are required to re-register as nonprofits by year-end.

Roughly 11.6 million people were registered as unemployed in China last year, according to government data, and the restructuring of private education is certain to add to this number.

Major players are suspending operations or closing schools entirely. Hong Kong-listed Koolearn Technology Holding, part of New Oriental Education & Technology Group, said last week it would end classes for students in kindergarten through middle school. A senior group official said more than 40,000 jobs would be cut by the end of the year, according to local media. A closed Beijing tutoring branch of New Oriental Education & Technology Group: Under the new regulations, classes on weekends and during summer and winter breaks have been banned. (Photo by Shin Watanabe)

New Oriental closed some branches in September, and one location in Beijing was deserted on a recent visit.

"I worked here as an office worker for several years, and I was laid off," said a former employee. "I have a two-year-old child, but I can't find another job."

An employee at a large education company with 32 locations in Beijing has "been getting visits and calls from guardians demanding refunds of class fees," an employee said. "It'll take at least until the end of the year to sort it out."

Dashan Education, also listed in Hong Kong, announced it would slash its 102 locations to 56 by the end of September. Qiwen Education, which operates 15 schools in Shanghai, closed its doors in late August.

The crackdown has dealt a heavy blow to industry upstarts as well.

Online education company Yuanfudao -- China's biggest unicorn in the industry, with a valuation estimated at $15.5 billion -- "had about 60,000 employees as of April, but that fell to 30,000 to 40,000 in September," a company source said. Fellow unicorn Zuoyebang closed three of its 14 Chinese locations in August, according to the Securities Times.

Yuanfudao is backed by Tencent Holdings, and Zuoyebang has received investments from Alibaba Group Holding and a fund affiliated with Japan's SoftBank Group.

"Even if we let go of our shares, there's probably no company that would buy them," an executive at an investment firm said.

To cope, some companies are pivoting to fields exempted from the tougher rules, such as sports, arts and classes for adults.

"That will provide opportunities to employ some of the [laid-off] teachers," Liu said. But the extent to which it can do so is unclear.

Chinese demand for private education had ballooned in recent years as parents sought a leg up for their children in the country's test-oriented education system. The market expanded 79% between 2016 and 2019 to 925.1 billion yuan ($144 billion at current rates), according to data from iResearch Consulting Group.

Demand slumped last year amid the coronavirus pandemic and had been expected to recover to 2019 levels this year before the new policies were announced.

With the amount of money Chinese households typically spend on cram school, "it's financially difficult to raise two or more children," said a teacher in her 40s in Heilongjiang Province. The industry crackdown sought to address this hurdle, but has not done so without consequences.