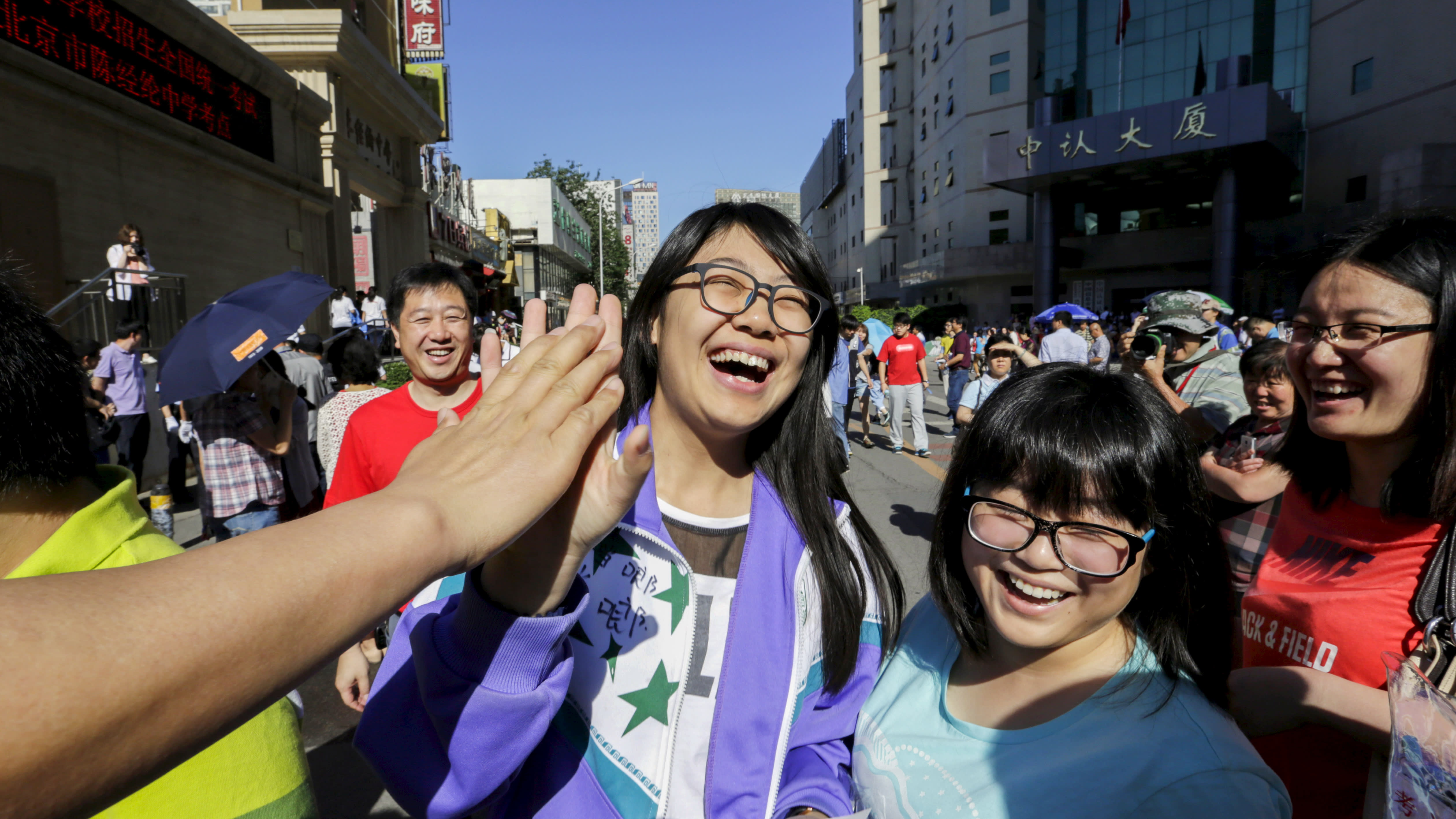 TOKYO -- Chinese students lead their peers around the world in the three academic categories tested by the Organization for Economic Cooperation and Development, the group announced on Tuesday.

Fifteen-year-old students in the regions of Beijing, Shanghai, Jiangsu and Zhejiang scored highest in reading ability, mathematics and science according to the 2018 results of the Program for International Student Assessment. Tests were administered to about 600,000 students in 79 countries and regions.

The results are a dramatic improvement for students in mainland China. In 2015 they ranked 27th, sixth and 10th in reading, math and science, respectively. In contrast, most developed countries have seen little improvement in their scores despite a 15% increase in education spending in the OECD area during that period, the organization noted.

Andreas Schleicher, OECD director for education and skills, said that the four participating areas did not represent all Chinese students, but the results were still significant.

"These four provinces in eastern China are far from representing China as a whole, but the size of each compares to that of a typical OECD country," he wrote in the analysis of the results. "And their combined populations amount to over 180 million."

Macao and Hong Kong, which were tested separately, were also among the top 10 scorers for all three categories. Other areas in Asia also performed well. Singapore ranked second in all subjects, while Japan, South Korea and Taiwan were all among the top 10 scorers in math and science.

Reading scores for Japanese and South Korean students, however, fell from 2015. Japan stood at 15th for reading ability, down from eighth in the previous test.

The OECD highlighted the importance of reading skills in the 2018 PISA tests, emphasizing that they are necessary for young people to make sense of the vast amount of information advancements in technology are making available.

In the 2018 PISA surveys, the organization found that more students consider reading to be a waste of time and fewer of them read for pleasure than in previous years.

Students in mainland China saw a significant jump in reading skills, testing well above the OECD average. In the four provinces "the 10% socially most disadvantaged students showed better reading skills than the average student in the OECD area," said Schleicher. "And they did as well as the 10% most advantaged students in some of those countries."