Data journalism soars in the time of COVID-19

Industry experts speak on how the pandemic has changed news reporting 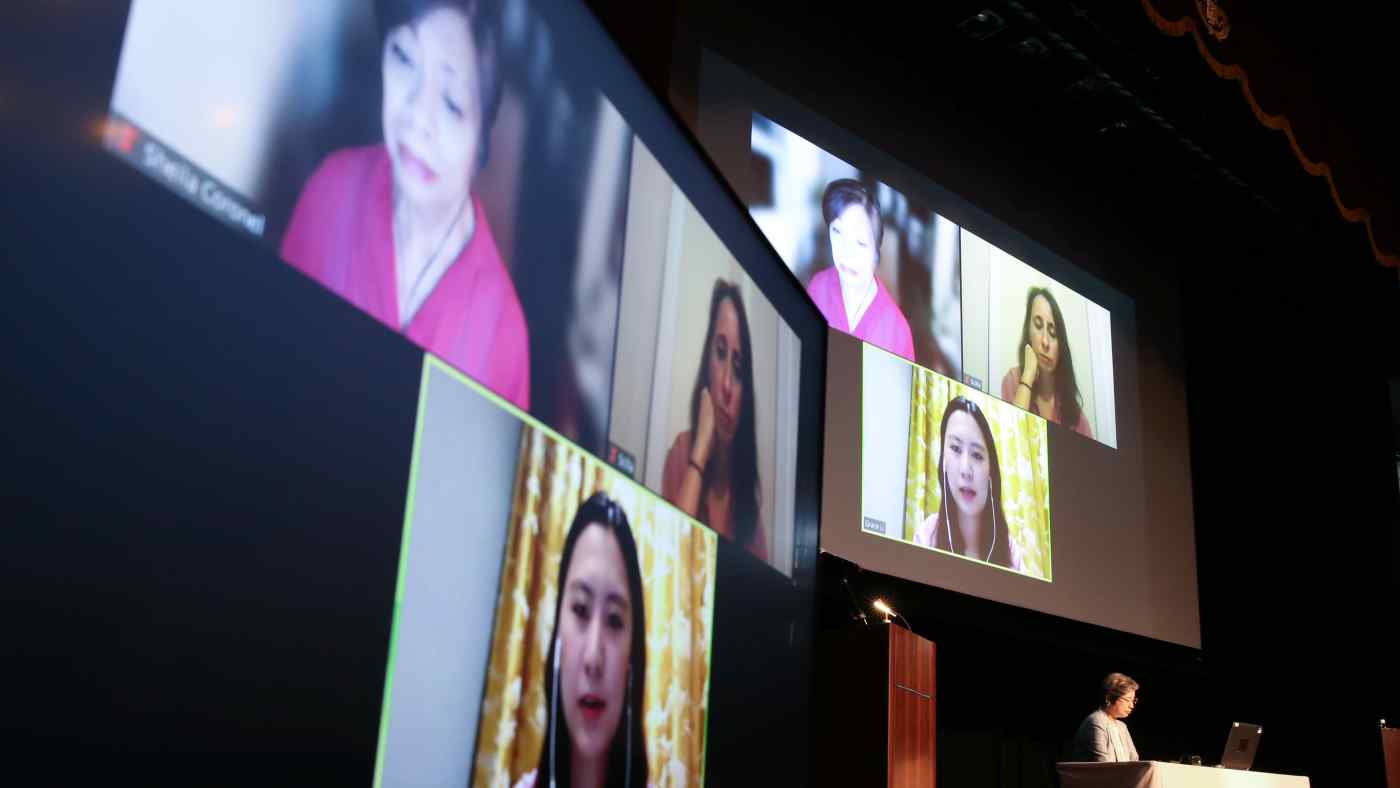 Three international journalists speak about the realities of COVID-19 reporting during The Future of Journalism symposium in Tokyo on June 19. (Photo by Masayuki Terazawa)
Nikkei staff writersJune 20, 2021 00:25 JST | Japan
CopyCopied

TOKYO -- Data-based journalism has played a powerful role during the pandemic in delivering accurate news quickly and will continue to be a great tool for reporters, experts said at The Future of Journalism symposium sponsored by Nikkei on Saturday.

Speakers and panelists, including some attending online, gathered at Waseda University in Tokyo to discuss the role news media should play as the coronavirus pandemic causes a distortion of truth, from the efficiency of vaccines and public policy to how widespread cases are and the best methods to reduce infections. The gathering was also sponsored by the graduate schools of journalism of Columbia University in the U.S. and Waseda University.

"The advent of social media, in which unfounded information is also put out, and the coronavirus pandemic have worsened division and disparity in the society," said Waseda University President Aiji Tanaka.

Steve Coll, dean of Columbia University Graduate School of Journalism, who joined the symposium online, noted that under the pandemic, journalism utilizing data has become essential. He cited The New York Times and its collection, analyzation and visualization of coronavirus infection data as an example of a news organization that was more comprehensive and informative than what governments were able to provide.

"One of the truths about a crisis on the scale of the pandemic is that it accelerates change -- social changes and other changes that were building up slowly. Some of them move forward very quickly during the pandemic," Coll said. "In journalism, something very similar has happened. The year of the pandemic has taken a series of practices in journalism that were building up, becoming more and more important and has accelerated their use and really demonstrated their importance to the future of journalism." Despite social media's role in spreading disinformation, Coll said, "there's a positive side to the rise of citizen journalism... Social media imagery has now become a viable technique for investigating very large and confusing events, such as protests and abusive police action."

Lionel Barber, former editor of the Financial Times, said the use of data journalism delivered a win for the industry.

At a panel discussion, international journalists spoke about what it was like to report in the time of COVID-19. Scilla Alecci, an investigative reporter from Italy, said that while journalists were restricted from going to certain areas because of lockdowns, communicating and cooperating with doctors was essential to delivering accurate information to the public.

Grace Li, a Nikkei Asia staff writer, said the importance of data was crucial in assessing the effectiveness of government policies, adding that the pandemic helped to foster data journalism.

Sheila Coronel, professor at Columbia University, noted that it was more important than ever to report the truth because of the confusion and disinformation that has sprung up around the pandemic, including from governments and international institutions.