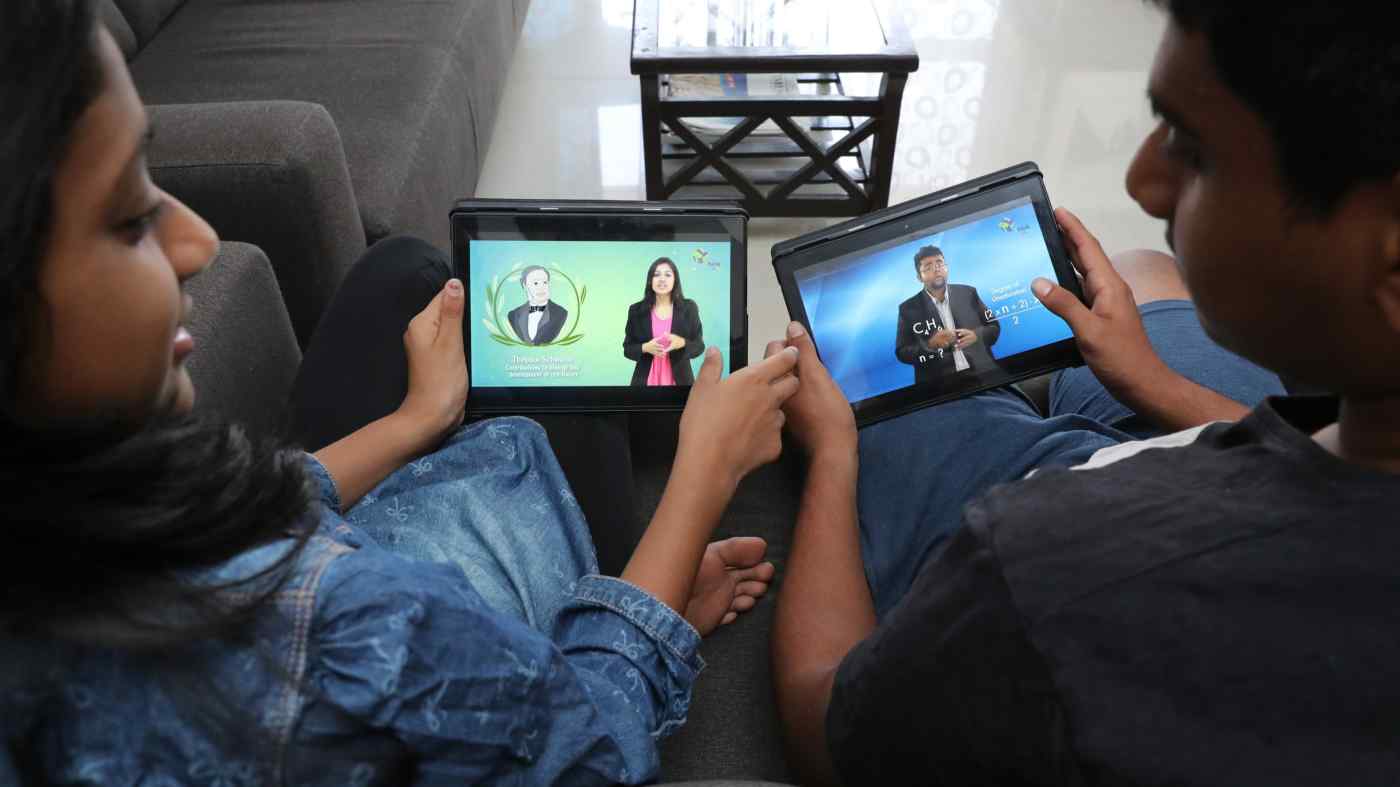 MUMBAI -- India's leading startup in online education, Byju's, is set to expand through a corporate buyout. The Bangalore-based company is currently negotiating with Aakash Educational Services to acquire the brick-and-mortar provider of test preparatory services, Nikkei Asia has learned.

Aakash, backed by Blackstone Group, tutors about 250,000 students aiming to enter elite engineering and medical universities. The talks "are in very advanced stages and could soon be concluded," one source familiar with the talks told Nikkei on condition of anonymity, adding that the two companies will probably reach an accord by the end of March.

The purchase is expected to amount to as much as $1 billion, making it the largest-ever acquisition in India's educational services business. The fact that the startup, growing on the back of increased demand during the COVID-19 pandemic, is aiming to acquire a major traditional player in a massive acquisition indicates a digital disruption in the education sector.

The acquisition will be at least the third buyout for Byju's in the past two years, after acquiring two companies for a total of $420 million. The purchase of Aakash, if realized, would give Byju's, which now has 80 million registered users and 5.5 million paid subscribers for its online courses, a solid foothold in the field of traditional educational services as well.

The startup's plan to buy New Delhi-based Aakash was first reported by Bloomberg earlier this month, but Byju's has made no official statements. The talks, which reflect the strategy of Byju's founder and CEO Byju Raveendran of expanding a range of businesses and stepping up its presence in the sector, appear to be in the final stage.

"We are looking for companies that can add strong product components to either our existing user base or potential new customers in new markets," Raveendran said in an event in September. "You will hear a few more acquisitions -- we are exploring some of them very seriously." 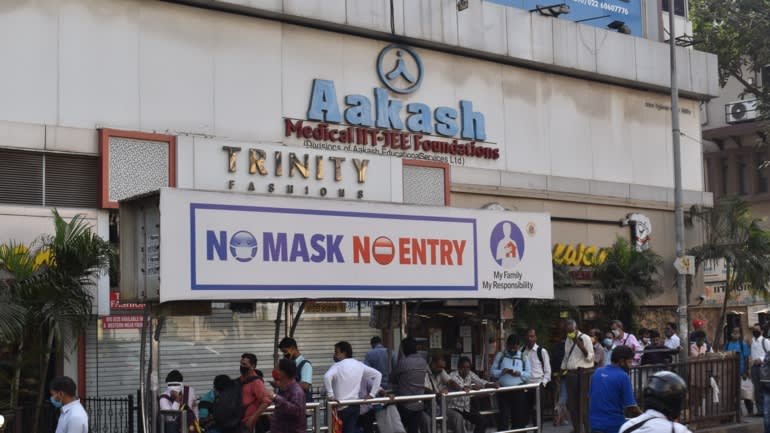 India is one of the countries hit hardest by the pandemic, reporting more than 10 million cases and a death toll over 150,000. Under these circumstances, educational technology companies offering classes over the internet are growing. CB Insights' ranking puts Byju's as India's second-largest decacorn, a startup valued over $10 billion, with its corporate value at $12 billion. There are only 29 decacorns around the world.

N. Chandramouli, CEO of Indian research company TRA Research, pointed out that Byju's is evolving from providing a platform for students to one for all people who want to learn.

Aakash operates more than 200 tutoring centers across India. Many prep students, including those looking to enroll in the Indian Institutes of Technology -- prestigious engineering universities located across the country -- attend the physical classes.

Byju's purchased WhiteHat Education Technology, a company based in the western state of Maharashtra that teaches programming online to students from elementary to high school levels, for $300 million last July. In January 2019, the company acquired Tangible Play, a California-based developer of the Osmo digital educational games targeting infants to elementary school pupils, for $120 million.

By taking over WhiteHat, Byju's expanded into the area of programming. Through the purchase of the Osmo developer, it gained products for infants as well as access to overseas customers, mostly Americans. 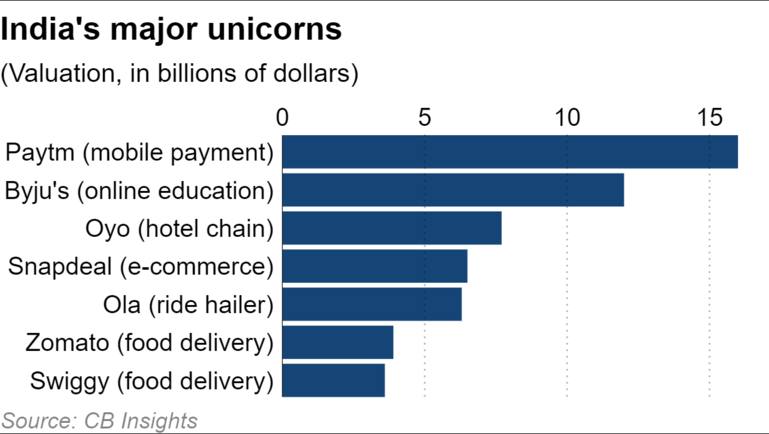 In India, competent teachers tend to be concentrated in big cities, generating an education gap between urban and rural areas. Wealthy people in big cities can receive a high-quality education, whereas ordinary people often find it difficult to get a sufficient education due to a severe shortage of teachers at public schools.

The realization of the potential for online education to fill such a gap had to wait until infrastructure for high-speed telecommunications at reasonable costs was well developed.

Thanks to the spread of 4G telecommunications since Indian conglomerate Reliance Industries started its service in 2016, lower telecom fees and the recent prevalence of low-priced smartphones, online education has become accessible to people from a wide range of regions and incomes.

"Online learning is becoming more mainstream now. Unfortunately, it took a crisis [the COVID pandemic] for most stakeholders to try out online learning. ... Parents are accepting the segment more than ever before. So the sector is clearly at inflection point," Raveendran said in September.

Due to expectations of growth, Byju's succeeded in fundraising in recent months. In September, the company raised $500 million from U.S.-based Silver Lake, among others. Two months later, it reportedly raised another $200 million from T. Rowe Price and BlackRock, with its corporate value rising to $12 billion -- second only to the $16 billion of Paytm, a digital payment company.

The market environment is not rosy, however.

Two children of Mumbai resident Meenakshi Mugad have been using Byju's online service since December 2018. But recently "they spend less time on Byju's," she said. This is because, under the pandemic, their school now offers classes online, which they view on smartphones or tablets.

Competition with industry peers is also intensifying. For example, Sorting Hat Technologies, another edtech startup with more than 50 million users of its Unacademy platform, backed by SoftBank Group's Vision Fund, is closing in on Byju's.

TRA Research's Chandramouli expects that the online education sector will go through consolidation and eventually be dominated by several companies, as in the e-commerce sector. "It is just the beginning, and it will continue for the next two years," he said.