A ceremony to mark the start of the school year on April 8 at an elementary school in Saitama Prefecture, with the students keeping distance between each other in the schoolyard to prevent coronavirus infections. (Photo by Karina Noka)
AKANE OKUTSU and RURIKA IMAHASHI, Nikkei staff writersApril 28, 2020 16:46 JSTUpdated on April 29, 2020 12:57 JST | Japan
CopyCopied

TOKYO -- Japan's academic calendar starts in April, the same month that the country's corporations welcome their annual batch of young recruits. But now the coronavirus has rekindled talk of moving the start of the school year to September, which would make it easier for Japanese to study overseas and for its universities to attract foreign students.

Education Minister Koichi Hagiuda said Tuesday that his ministry is "conducting simulations" for revising the April start of the school year "as one option." He also said he needs to coordinate with other ministries, since any revision would "need to be observed by society" as a whole.

Corporations, for example, would have to adjust their recruitment calendar and practices.

Prime Minister Shinzo Abe chimed in on Wednesday at the lower house budget committee: "With such a big change happening, I would like to consider a wide range of options," he said, noting that some have voiced the need for caution because a change in the school calandar would greatly affect children, parents and society as a whole.

Hagiuda's comments come as a political groundswell is building. On Monday, the Democratic Party for the People held a working group meeting for the first time on the topic. It intends to work with other opposition parties on proposals to submit to the government. The smaller Japan Innovation Party compiled its own proposals the same day. 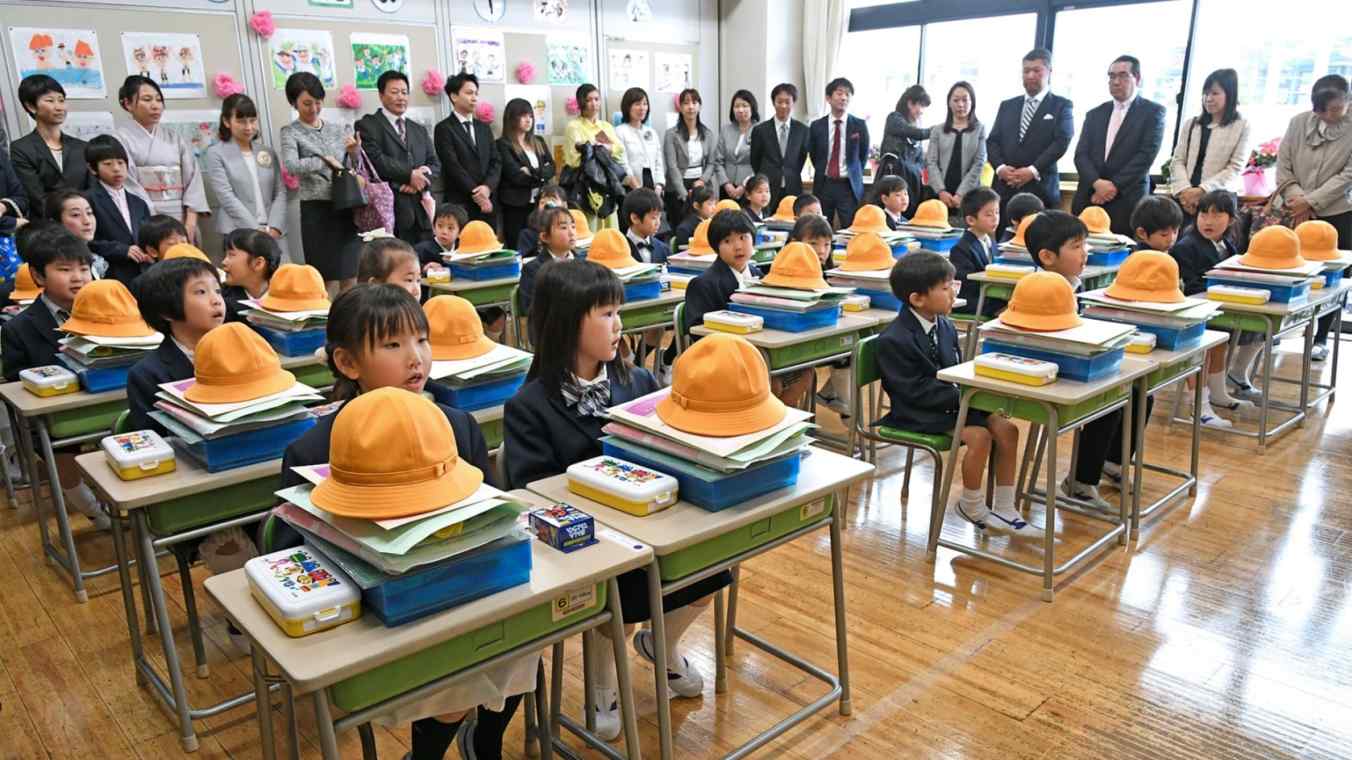 September school year to put Japan in line with world

Such a change could be a catalyst for a "paradigm shift" in Japanese society, Tokyo Gov. Yuriko Koike said in a video posted online Tuesday, noting that it would change the schedule for everything from preschool to job-hunting for university students.

Calling a September start the "global standard," Koike argued that it would help attract foreign students -- something that has been an issue for Japanese schools out of sync with much of the rest of the world.

"There would be some confusion, but things are already confused now," she said.

Calls for change are growing louder. A group of 17 prefectural governors on Tuesday urged the government to adopt a September start to the academic year, saying that "now is the time to think boldly."

Miyagi Prefecture Gov. Yoshihiro Murai told reporters on Monday that a permanent shift would "boost globalization." He called the idea "one option" to a problem that has cropped up now that the virus has closed public schools and the country finds itself behind the e-learning curve: students are falling behind. Tokyo Gov. Yuriko Koike pushed for school years starting in September, noting that such a change could be a catalyst for a "paradigm shift" in Japanese society.   © Reuters

Japan's public schools have been closed since the beginning of March and are expected to remain so until sometime after the government lifts the state of emergency that it declared on April 7.

In the meantime, only 5% of public schools are holding online classes, according to an education ministry survey as of April 16.

Hagiuda is considered an advocate for a September start to the school year. At the news conference today he said: "The issues have already been sorted out at the Ministry of Education, Culture, Sports, Science and Technology. In a globalized society, it may be easier to accept international students."

He said it is imperative for the national government, local governments, educators and the leaders of Japanese industry to speak with one voice.

"The only way to secure opportunities for children to learn," he said, "is to move [the start of the school year] to September."

As things stand now, many public school teachers are simply giving assignments to their homebound students, who are on their own to complete them.

There are concerns this arrangement will lead to unequal outcomes and that students with few resources will be at a disadvantage when they take the country's competitive entrance exams.

"School days are precious for students," 12th graders wrote on the Spring Once Again website, "and events that we were looking forward to have been canceled as we stay at home."

The website is part of a campaign advocating for a move to September.

The 12th graders also suggested that a revised enrollment date would solve confusion over university entrance exam and application procedures. The campaign had attracted over 2,300 signatures as of Sunday night, according to a Twitter post.

"Changing the academic year to start in September also makes sense [when it comes to accepting] more foreign students," said Masato Kamikubo, a professor at Ritsumeikan University, who pointed out that the government has been trying to increase the number of international students studying in Japan.

The debate has raged before. The University of Tokyo pushed it in 2011, hoping to align its calendar with those in the U.S., the U.K. and many other countries. At the time, the university said the April start to the academic year hindered its efforts to attract foreign students and professors.

But the university's voice was drowned out by strong opposition from Japanese industry, which did not want to interrupt its traditional recruitment efforts.

In Japan, spring graduations and, weeks later, the start of a new school year, have been part of life since the Meiji era (1868-1912). Opposition to drastically shifting the calendar remains, and laws would need to be revised.

But Kamikubo said business will be more open to the idea this time around. "Companies have come to realize that Japanese employment practices, like the simultaneous recruiting of new graduates and lifetime employment, are not sustainable," he said. "Rather, the new academic year would give companies more opportunities to gain global talent."

Kamikubo warns that if Japan misses this opportunity to alter its academic calendar, there will be no second chance, and the country would pay a lofty price. "While the world is becoming more united," he said, "Japan will be left behind and will lose in the global competition for outstanding human resources, unless it can change now."