September school start in Japan shelved until 2021 or later TOKYO -- Japanese schools will stick with an academic calendar beginning in April for now, putting off the much-discussed possibility of a September start to 2021 or later.

Government officials and ruling party lawmakers say shifting to a September start this year would not leave enough time for discussing budgetary and other considerations.

"We must avoid a hasty debate. I want to make sure there is a deep discussion," Prime Minister Shinzo Abe told reporters Thursday. Changing the school calendar is "a leading option," he said.

School shutdowns forced by the coronavirus outbreak spurred talk of ditching the April-March school term -- which matches the fiscal years of the government and much of the private sector -- and instead aligning it with the international norm of a September start.

Worried about scholastic performance gaps among regions, 17 prefectural governors called on Abe's government to consider pushing the start to autumn.

The government and multiple ministries have begun discussions on the proposal. But any shift would require revising numerous laws. 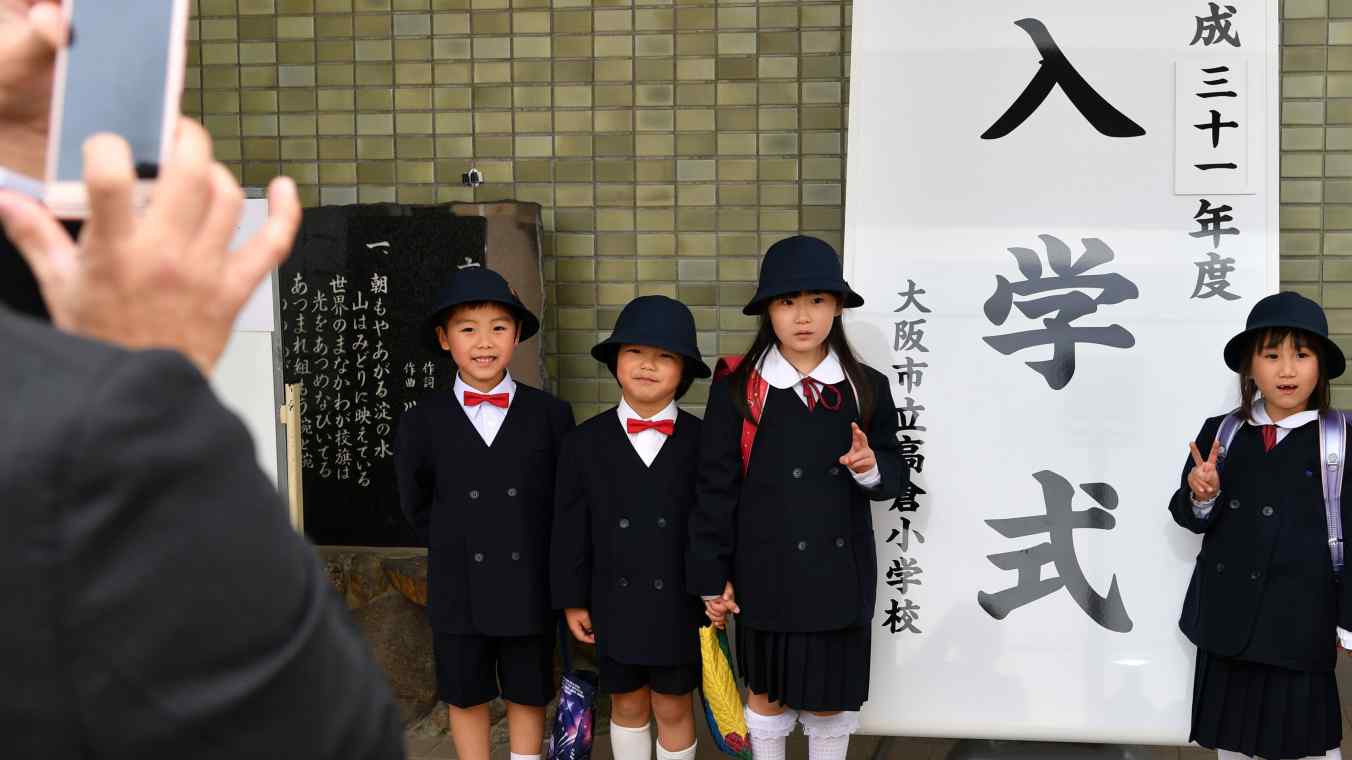 Rethinking the school year would have a ripple effect on the business world, since university students would graduate in August instead of March. Companies that take on new employees in April -- long a feature of Japan's labor market -- would need to overhaul hiring.

Some employers embrace the idea of starting the school year in September, believing that this would make them more competitive in luring global talent. Many colleges also hope that the change would encourage international students to come study in Japan.

One idea for a transition is to extend the current school year to 17 months so that students can catch up on missed learning.

But this would create headaches for elementary schools and parents of new first graders. Traditionally, children enroll in first grade at age 6. If enrollment is delayed by five months to September of next year, pupils with April birthdays would not start compulsory education until they are 7 years and 5 months old.

The class of first graders under this scenario would include children born in a 17-month span, meaning that schools will need more classrooms and teachers. There is also the question of whether new first graders would have a gap in care and schooling if they left day care centers or preschools next spring.

Discussing a September start and changing the entrance exam time frame were proposed by nongovernment members of the Council on Economic and Fiscal Policy at a meeting Friday. They also emphasized the need for summer school.

The government plans to hammer out a blueprint for the switchover by June. The ruling Liberal Democratic Party will present proposals by month's end, and coalition partner Komeito plans a similar move next month. Some opposition parties support the changeover, while others call for a more careful stance.