September school year to put Japan in line with world Changing the first day of school to September has become a hot topic as local governments fear students will not be able to complete their curriculums as schools remain closed.
RIEKO MIKI, Nikkei staff writerApril 30, 2020 06:33 JST | Japan
CopyCopied

TOKYO -- Switching the start of Japan's school year from April to September will likely raise a whole host of issues. School-entrance exams will be held in the scorching summer heat, as opposed to having to walk the icy roads to the venues.

The country's beloved high school baseball championship in summer, Koshien, will most probably have to move away from the mid-August setting.

But despite the laundry list of challenges, the idea is unmistakably gaining momentum as the pandemic forces long-term school closures. The driving force behind the push is a hope that bringing the nation in line with the international norm would open doors to new opportunities, starting with study exchanges.

The extended school closures have raised concerns that children will suffer from the truncated academic year, which started in April. Pushing back the school start to September would allow a do-over.

Prime Minister Shinzo Abe told parliament on Wednesday that he will look into making the switch. The annual high school baseball tournament held in summer in Hanshin Koshien stadium will have to adjust its schedule should the start of the school year change.

Many heads of localities are in favor of a September school start. Prefectural governors who met via videoconference on Wednesday agreed to ask the central government to consider the change. Tokyo Gov. Yuriko Koike characterized the change as an opportunity. "This is a chance to reform the education and social systems," she said.

This is not the first time Abe pushed for this change. After becoming prime minister in 2006, he launched an education reform panel to discuss having colleges accept new students in September. He even made it a campaign promise in the 2012 lower-house election. In both cases, naysayers prevailed.

Most countries start their school years in autumn, mostly in September, including the U.S., European nations and China. As a result, Japanese students face obstacles in studying abroad in exchange programs and vice versa. Having synchronized school years would promote international exchange.

Enabling students to take part in advanced research abroad would improve Japan's competitiveness down the road. Those studying overseas would also have an easier time finding jobs outside Japan, helping nurture individuals with a global perspective. 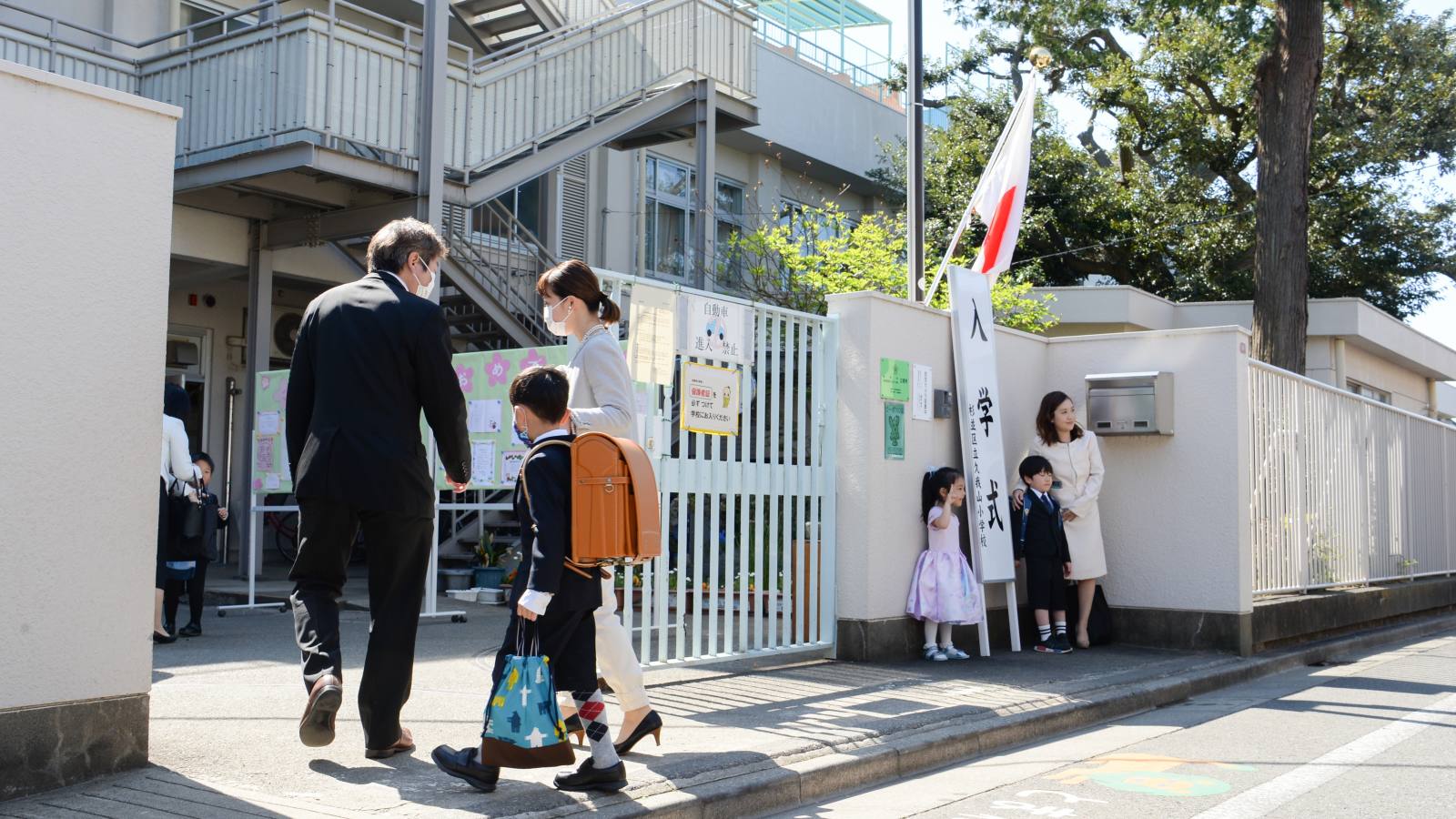 Back in 2011, the University of Tokyo deliberated shifting the start of the academic year to September, out of concern that it is losing to the world's top colleges, given its low percentages of exchange students and faculty members from overseas. Attracting talented personnel from abroad was seen as boosting the university's research capabilities.

The university and the Japan Business Federation discussed the issue at the time, and businesses seemed open to changing their hiring practices. But the matter was dropped because no other colleges expressed interest in starting their school years in the fall.

Corporate hiring practices were a big impediment, but that is starting to change as more Japanese companies hire employees on a rolling basis. Starting next April, Hitachi will allow new workers to begin at any time after graduating. Toshiba began hiring in autumn new employees who studied abroad, including foreign students. AGC, formerly Asahi Glass, accepts new hires in the fall, mainly for non-Japanese and those graduating from overseas colleges.

"We have been pushing for all-year hiring," said an official at the Japan Business Federation. "If school years starting in September catch on, companies will need to take steps to globalize."

Another obstacle is exams for various licenses that are held to match the April-March academic year. And civil servant exams would also need to be rescheduled.

Many relevant laws would need to be revised, including those covering education, local autonomy and finances. All of these changes are unlikely to be made in time for a transition this year.

Some local governments have expressed concern, given the burden they would need to shoulder as the ones responsible for education. "It would be hasty to implement this in the current year," said Toyama Gov. Takakazu Ishii at Wednesday's meeting.

"We need to decide after looking at the pros and cons of a school year starting in September," said Keio University Professor Makiko Nakamuro. "There will be a huge burden on children during the shift," said Nakamuro. "We shouldn't rush the discussions but rather think about the various impacts."