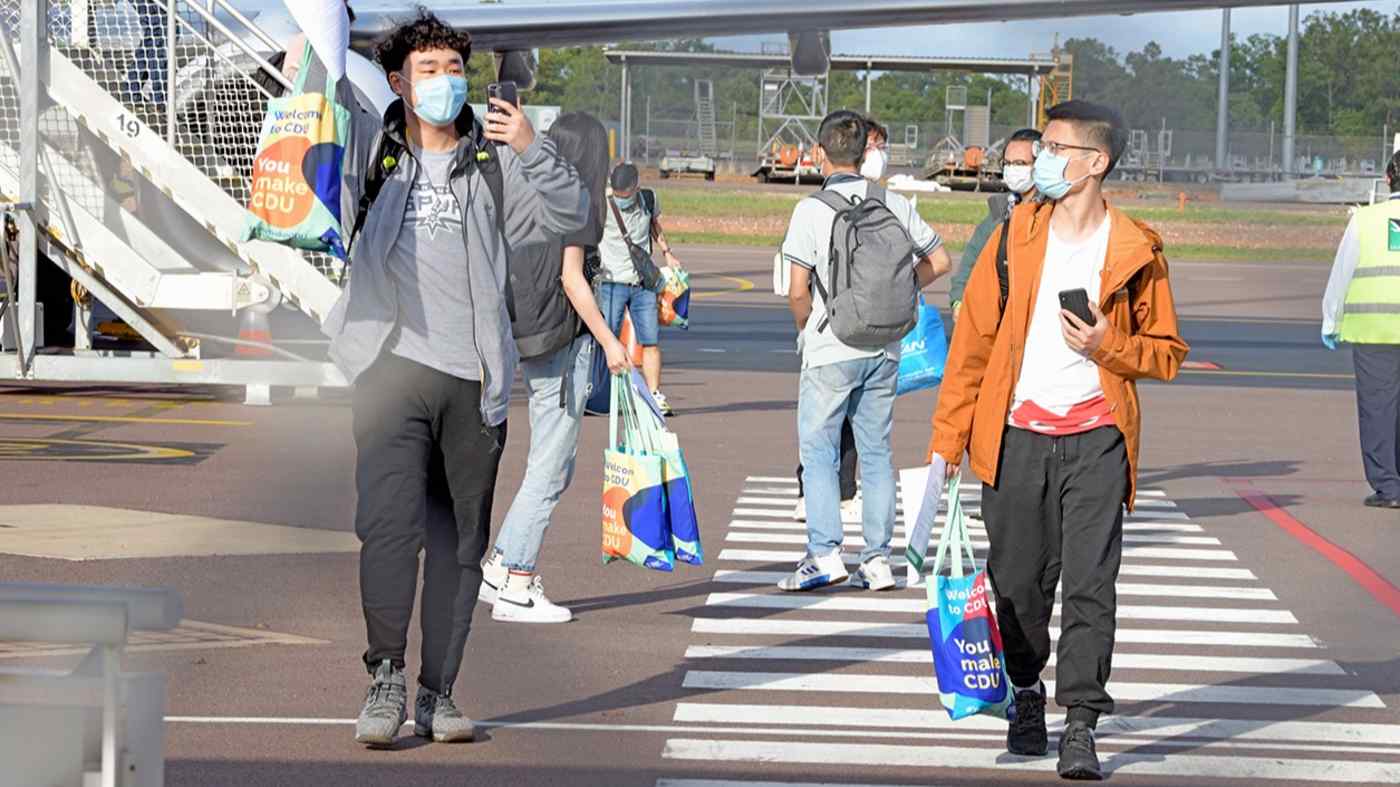 SYNDEY -- Before the coronavirus pandemic halted global travel, Australia enjoyed a steady stream of foreign students thanks to its proximity to Asia and moderate weather. Eager to welcome them back to campus, the country has launched a pilot program to allow arrivals on a limited basis.

A charter plane carrying 63 international students landed at Charles Darwin International Airport in Australia's Northern Territories on Nov. 30, marking the first arrivals since a travel ban was put in place in March. The group included students from China, Japan and Vietnam.

The students were immediately transferred to a lodging facility furnished by the local government for a two-week quarantine before taking classes at Charles Darwin University.

The Council for International Education, a state advisory panel, echoes Tehan, saying in a statement this month that "Working towards the return of international students is a priority for 2021."

Australia imposed a general ban on foreign travelers in March. This remains in place, apart from arrivals from New Zealand.

"CDU is in discussion with the [Northern Territories] government and Australian government for further flights in 2021," a university spokesperson said.

The state of Tasmania says it is also discussing the timeline and procedures for welcoming back international students. Australian universities typically begin their new school years in February following their summer break. The schools appear to be eager to bring in new international students by then.

Catriona Jackson, chief executive of Universities Australia, a consortium of 39 Australian universities, welcomed the trial program at CDU, saying that "it is encouraging to see this is now underway." The travel ban and other measures have threatened 21,000 university jobs, or 16% of the total.

That sum accounts for 8% of all Australian exports, putting the international student business in fourth place, after iron ore, coal and natural gas.

But challenges still remain. The government has made clear that it will prioritize the return of Australian nationals remaining outside the country. Limits on capacity at quarantine facilities mean that it could take some time for larger cities to accept foreign students.

Community transmission of the virus in northern Sydney since mid-December, and the discovery of a mutated and apparently more infectious strain in returnees from the U.K., could slow down the process as well.

Australia's rapidly deteriorating relations with China have added another layer of clouds. China's Ministry of Education told Chinese students in June to be prudent in choosing Australia as their study-abroad destination.

"Australia remains a destination of choice for international students because of the high quality of the education and lifestyle we offer," Tehan said in a news release this month. Yet fears are growing that international students are being lured to other countries like Canada and the U.K. during the pandemic, public broadcaster SBS reports.