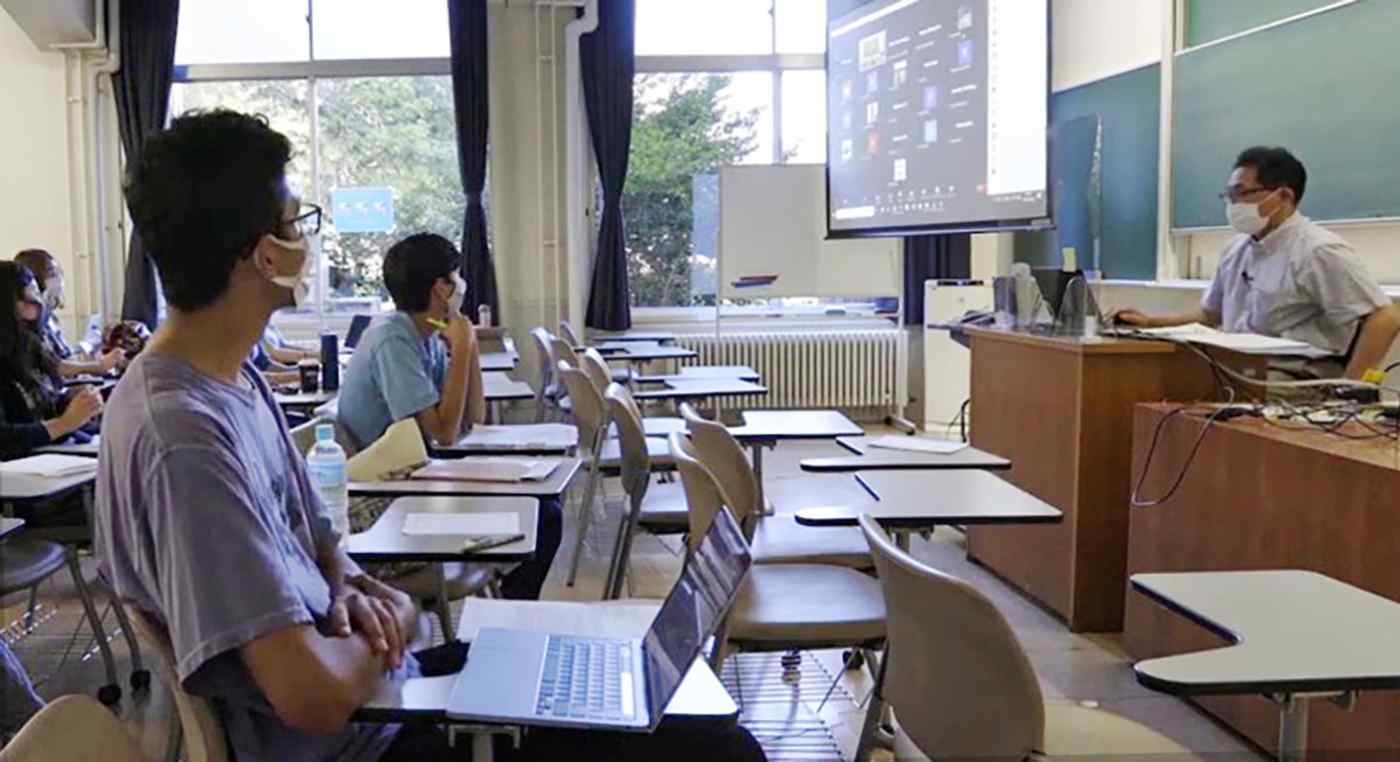 About 500 international students are waiting to begin their studies at the elite school, which is working with travel agencies to provide transport from the airport and make sure new arrivals have hotel rooms in which to quarantine.

"I feel relieved that the restrictions have eased, but there are many students who want to study abroad here," said an Osaka University staff member. "Ensuring we're ready to welcome them while taking steps to prevent infection will pose a challenge."

But while Japan's entry rules have loosened, a backlog of residency permit applications remains.

Osaka University is not alone. Ritsumeikan Asia Pacific University, located in Kyushu, has a high concentration of international students. About 900 are awaiting entry, but only around 200 students will be able to complete the necessary procedures to enter the country this year.

In January, Japan halted new entries by foreigners, except those with special circumstances. By October, the country was the only member of the Group of Seven major economies that had not lifted its near-total entry ban against international students.

Some students gave up on waiting for Japan's border reopening.

A 19-year-old Swiss student, Loris Brugnoli, was planning to come to Japan to attend a language school, but decided in August to go to South Korea instead. The school had initially asked him to wait until October, but later said it did not know when it could start accepting students.

The student said he is interested in East Asian culture and had felt strongly drawn to Japan, where tradition co-exists with modern skyscrapers.

"I wonder whether Japan is unfriendly toward foreigners," he said, adding that he may decide to work in South Korea if he likes it there.

The U.S. and France are allowing international students to arrive, as long as they are vaccinated and fulfill other requirements. South Korea is accepting foreign students as well, provided they show proof of a negative COVID test and go through quarantine.

Under the eased entry rules, international students will be asked to quarantine for two weeks, with the length reduced to 10 days with proof of vaccination. Schools accepting the students are required to submit action plans to the education ministry.

According to a July survey of Japanese-language schools by industry organizations, 184 institutions had expected about 40,000 overseas students for the 2020-2021 school year. Of those, more than half are still waiting to be admitted, while 5,818 canceled their plans. A large number of them are believed to have gone to other countries.

With the pandemic far from over, Japanese universities and government officials alike rushing to adapt in order to boost international enrollment.

Akita International University in northern Japan is considering assistance for lodging fees and other quarantine costs. Although the university provides online learning for those living abroad, the number of exchange students plummeted from 150 to 200 a year to just 36 in September.

"We need to quickly bring in study abroad students who have their hearts set on coming to Japan," said an education ministry official.