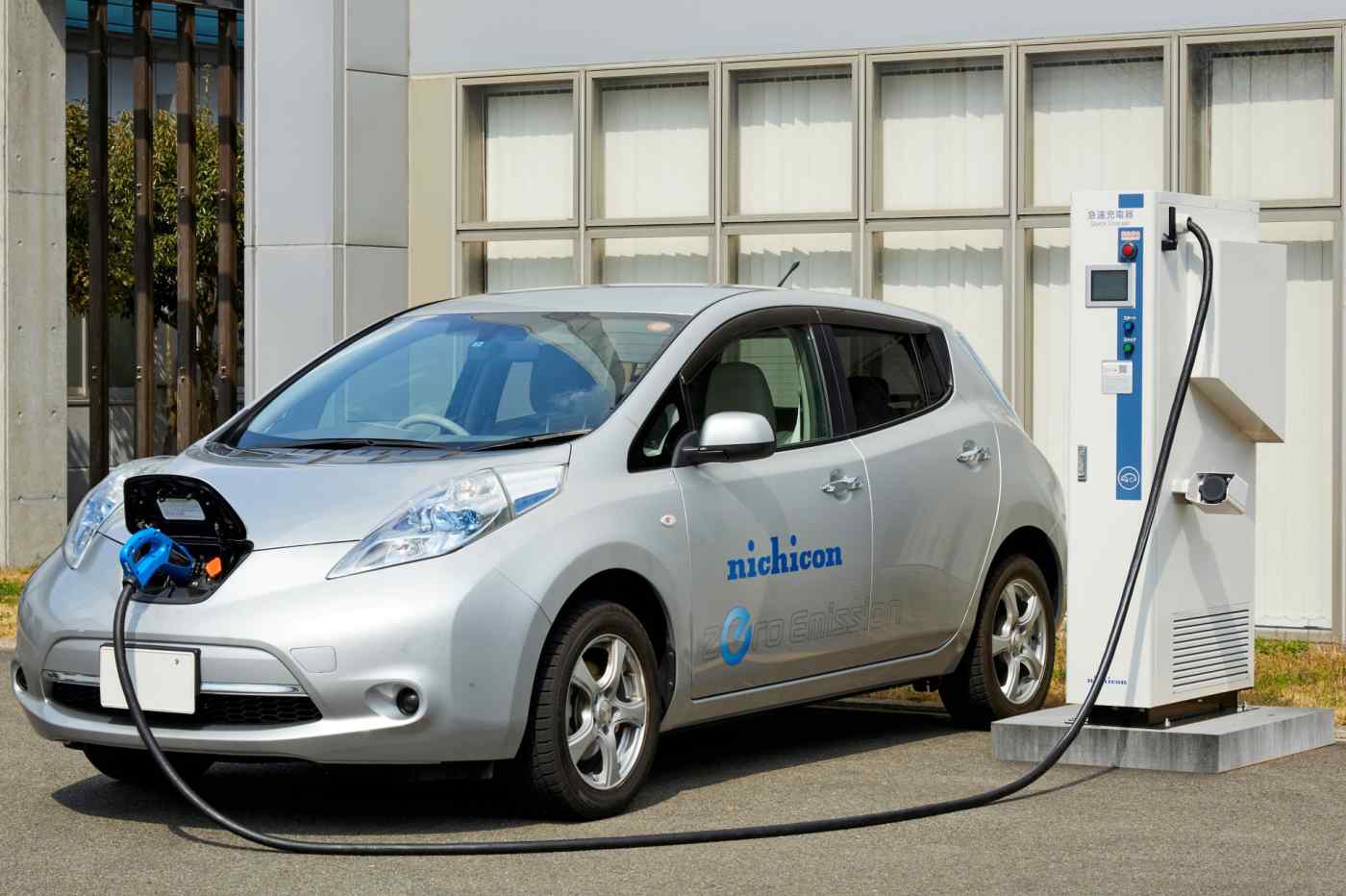 With the U.K. and France phasing out gas-powered cars, get ready to see a lot more electric vehicle charging stations like this one around.
July 30, 2017 22:00 JST | Japan
CopyCopied

TOKYO -- Japan's producers of electric vehicle parts and materials are turning heads in the market, with advanced technology in the batteries and motors gaining importance as the U.K. follows France in deciding to phase out traditional fossil-fuel engines.

Japanese household name Nissan Motor appeared to welcome Britain's declaration that it would ban sales of vehicles running on fossil fuels by 2040.

"Any measure supporting the spread of electric vehicles is welcome," Joji Tagawa, a Nissan corporate vice president, said Thursday at an earnings conference. "The real battle is just getting started."

Nissan has sold over 250,000 Leaf electric cars worldwide since launching the line in 2010, and the company looks poised to defend its leading electric market share when it rolls out a new model this year.

Shares in Nissan, which got out of the gate early in developing its electric vehicle business, traded up around 1% in the market here Thursday. By contrast, Mazda Motor -- which deals more in internal combustion engines -- slipped nearly 1%.

Fuji Electric, whose shares rose nearly 2%, has developed small power semiconductors for electric vehicles and has prepared for mass production. The chips, loaded in inverters used in the autos and other machines, convert direct current from the battery to alternating current used by the motor. The chips lighten a vehicle and improve efficiency. The company has sent samples tailored to electric models that several European automakers intend to release between 2020 and 2022.

Japan features many enterprises with high market share in crucial materials and components for electric vehicles. The country enjoys a particular lead in mainstay materials for lithium-ion batteries, a market seen growing to around 4 trillion yen in 2025.

Sumitomo Metal Mining also looks to double capacity for battery cathode materials by 2018. The company, strong in materials that offer both high capacity and heat resistance, will supply them to U.S. electric vehicle maker and tech company Tesla via Japanese compatriot Panasonic.

The shift toward electrification does carry a risk that demand for traditional engines will wind down in the medium to long term. Stock prices slid Thursday for makers of piston rings used in such engines. Machinery company Riken slipped nearly 1% to 5,360 yen, and engine parts maker TPR lost nearly 2% to close at 3,485 yen.

The rapid change in the auto industry likely will ripple into a vast range of companies' growth strategies as well as their market values.

Research firm IHS expects the global electric vehicle market to reach 680,000 units this year -- and more than quintuple to 3.7 million in 2025. That spike will spur a sea change in the auto market unlike any in the century-plus reign of the internal combustion engine.

The auto industry's gross added value worldwide will soar to about 630 trillion yen in 2030, up from around 450 trillion yen in 2015, Deloitte Tohmatsu Consulting says, with materials and components contributing roughly 30% of that growth.

Gas-powered cars have about 30,000 parts, and around 40% of those -- including engine-related items -- no longer will be needed for electric vehicles, calculates Japan's Ministry of Economy, Trade and Industry. As the market around traditional engines shrinks, the companies best positioned to ascend will have superior tech in all-important motors and batteries for electric models, or high-performance materials for making the cars lighter.

Yusuke Shimizu, a manager at Deloitte, predicts that the growth "will continue to aggregate around the most competitive companies."

Internal combustion engines are tapestries of precision parts, and the quality of those parts forms the basis of competitive power in Japan's auto industry. Japanese automakers tend to value the results of prior business, leaving them hesitant to pursue electrification. Yet the tide from Britain and France carries the industry toward change.