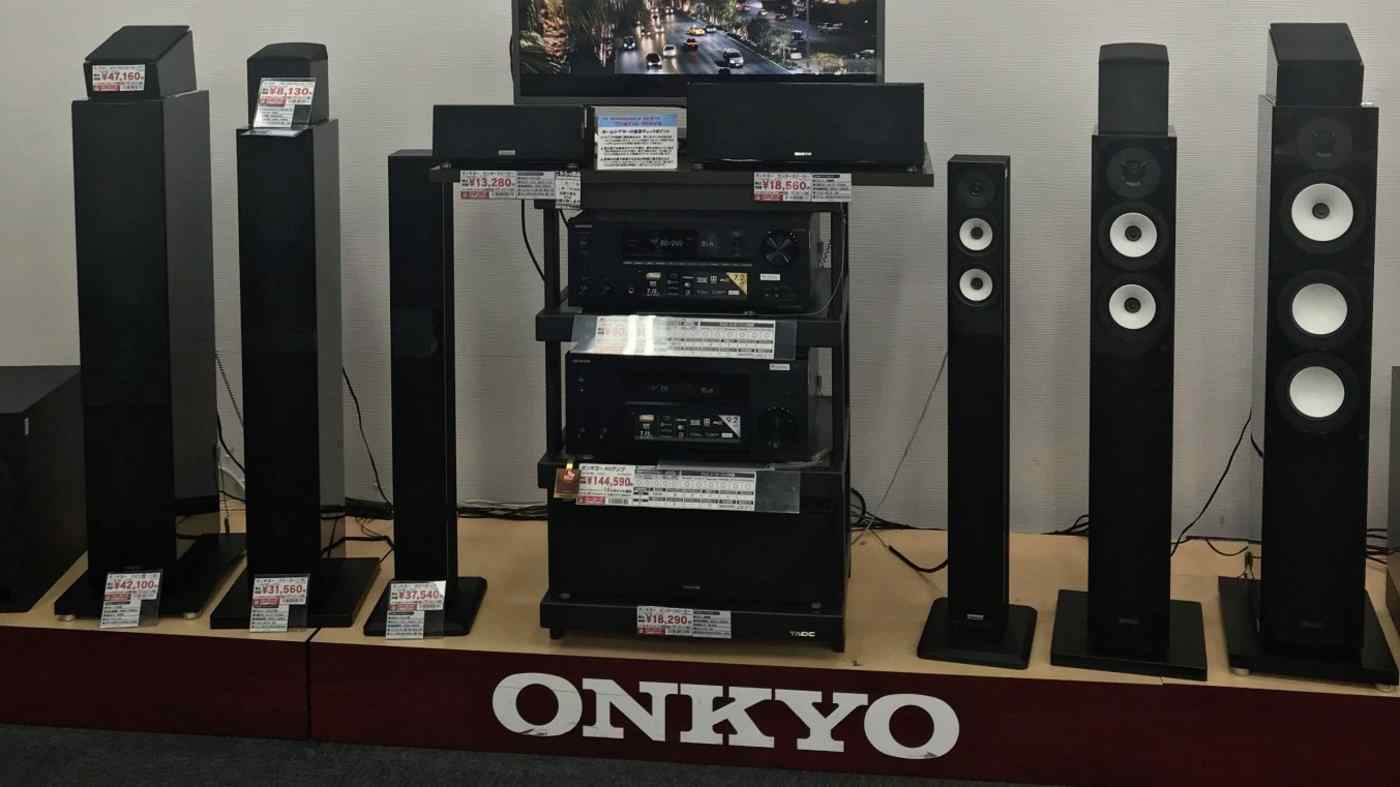 OSAKA -- In its latest attempt to avert a financial collapse, Japan's troubled Onkyo Home Entertainment has again reached for the option of selling its core business.

The Osaka-based company said Friday it has entered into talks with Japan's Sharp and U.S.-based Voxx International as potential buyers for its home audiovisual business, which includes the Pioneer brand.

Founded in 1946 and once a household name in speakers, turntables and stereo receivers, Onkyo has seen its situation only worsen since its first failed attempt to sell its audio business in 2019 to U.S.-based Sound United. It now faces delisting from the Tokyo Stock Exchange for breaching the market's rules on negative net worth.

With its shares likely to be removed from the TSE around July, Onkyo "began considering all possible options for maintaining business continuity," the company said in Friday's statement. Onkyo described Sharp and Voxx as "suitable" partners with which it has collaborated in audio equipment before.

The company said it aims to reach a formal agreement that sets the terms of the deal by May 20.

A Sharp spokesperson confirmed that the company is considering the Onkyo proposal.

Selling its audio business, which accounted for 53% of total sales in the year ended March 2020, would leave Onkyo with no clear substitute in terms of earnings potential. Besides making its own products, Onkyo is also a player in original equipment manufacturing (OEM), assembling television speakers and other devices for other brands.

When the company announced plans to sell its audiovisual business to Sound United in May 2019, CEO Munenori Otsuki said Onkyo would seek growth in OEM. Talks broke down in October after the two sides failed to agree on the terms of the deal. The announced sale price was about 8 billion yen ($73 million at current rates).

More failures followed. Onkyo sank to a negative net worth of 3.3 billion yen in the year ended March 2020. It sought a capital injection from an overseas investment fund but was unsuccessful. Onkyo remained mired in negative net worth for a second straight fiscal year, a violation of the TSE's listing rules.