Huawei seeks growth overseas and aims to unseat Apple as world's No.2 GUANGZHOU/BARCELONA -- Apple and other smartphone brands are in for some rough-and-tumble competition in China as the world's largest handset market matures and shipments begin to decline.

This is forcing smartphone makers to look elsewhere for growth.

Huawei Technologies, buoyed by inexpensive but quality devices, hopes to overtake Apple as the world's second-largest smartphone vendor in the next year or two, according to a company executive.

China alone accounts for around 30% of global smartphone sales, but the market shrank by 4.9% in 2017 in terms of shipments, to 444 million. The impact was felt around across the globe. Global smartphone shipments fell by 0.1%.

After the first-ever drop in shipments last year, the market is expected to continue stagnating in 2018. 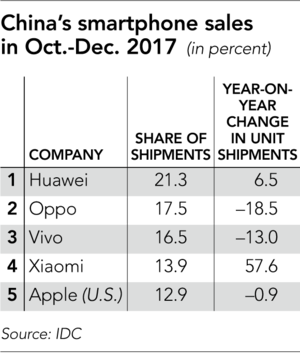 While Huawei took the top share in China for the first time in 2017, it is losing momentum in its home market and logged a modest shipment increase of 6.5% in the last quarter of the year.

Second-ranked Oppo logged a meager shipment gain of 2.7% in 2017, while No. 3 Vivo had a decline of 0.8%. Now the two companies are in even deeper trouble: In the October-December period, Oppo's shipments fell 18.5%, while Vivo's dropped 13%.

"Young Chinese flocked to Oppo and Vivo as new smartphone brands, but rapidly got bored with them," an executive of a Japanese parts supplier said. "The two companies are not yet capable of staying popular through sheer product appeal."

A few years ago, Samsung Electronics was a formidable player in China. But after grabbing the top market share in 2013, it began to slip and now finds itself outside the top five, despite its enduring global dominance.

Even Apple's iPhones are not immune. China used to be a cash cow for the U.S. company, but the iPhone 8, released in September, and the top-of-the-line iPhone X, which came out in November, failed to generate the same excitement as earlier models. Apple posted an 8.3% drop in China sales, trimming its market share to 9.3% -- good enough for only fifth place, down from fourth the previous year.

As handset brands pummel one another in China, Huawei is confident it can beat Apple internationally. Its P10 lite smartphone goes for around a third of the price of the iPhone 8, despite boasting similar specifications. Low prices have helped Huawei expand its share across the globe, especially as customers increasingly look for value in lieu of significant advances in the devices themselves. "We can overtake Apple in one or two years," Richard Yu, CEO of Huawei's consumer business group, told reporters on the sidelines of the Mobile World Congress, the industry's largest trade show, in Barcelona on Monday.

"It would take four or five years for Huawei to become the industry leader," he added, telegraphing plans to also dislodge top seller Samsung Electronics. 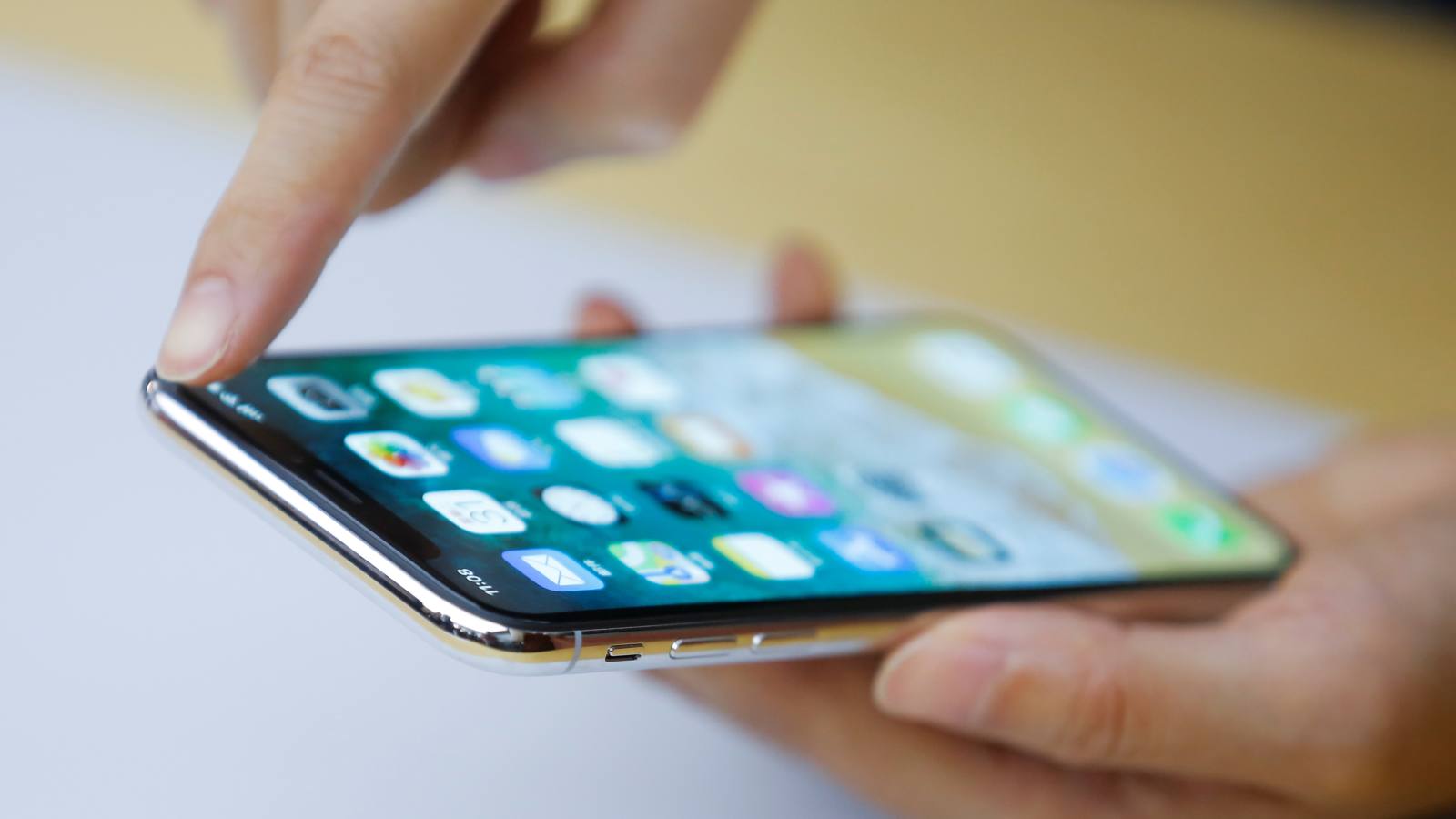 Back in China, smartphone makers have always faced a wild ride. The top players change with bewildering frequency. "The popularity of smartphones fluctuates constantly," said a sales official at a cellphone shop in the southeastern city of Guangzhou.

Oppo and Vivo ran out of steam last year after growing quickly in 2016. Oppo held the top share in 2016, but suffered a steep drop-off in sales in the second half of 2017, ceding first place to Huawei.

While Huawei has taken the top spot in China and may be on the verge of becoming No. 2 in the world, Samsung and Oppo are proof that no lead is safe.